War on the doorstep

Remi sat in his office overlooking important papers. Suddenly the doors opened as his cousin barged in. "Remi, have you lost your mind!?" He slammed Remi's table. "How could you recall the troops in the middle of war and back out of the alliance. Now we're gonna be at war. How could you be so reckless?"

Remi sighed. "It's because Ariel asked me to, in return for waking my parents. Forming the Alliance was a mistake in the first place. Flora tribe shouldn't have suffered like that. They did nothing to us."

His cousin glared at Remi. "You can't be serious. Ariel as in that new girl from the heavenly race?" Remi nodded his head. "Yes." "You risked the lives of our people for a stranger from the heavenly race without even being sure that she could heal your parents? You do not deserve to be on the throne!"

At the last sentence Remi's wolf snapped. "Enough, Luca! You will not insult me or my mate like that." Luca didn't yield to Remi's aura but was affected by it to some degree. "Your mate! You even recklessly mated with her?"

Remi tried to calm down his wolf and sighed. "Luca, I know you're stressed because of the upcoming war but I am as well. And I haven't mated with her, I accidentally started a blood bond with her. Unless we find a super powerful mage that's as powerful as the one who put the curse on Ariel, she's my mate."

Luca gave Remi a confused look. "Wait what? Huh? Not fully mated? Blood bond? Powerful mage? Just what kind of complicated mess have you gotten yourself into?"

Remi rubbed the back of his neck. "Well you see. She did try to warn me not to do it but I wanted to swear a blood oath. Then I accidentally dropped the knife and started her curse. Sure did get a slap for that."

Luca fell into the chair and rubbed his forehead. "I'm not even gonna try anymore. This is all messed up. I guess since she's your mate I won't argue to her staying here. However that does not mean that I will treat her as family. For all I know she could be a spy."

Luca sighed as Remi nodded his head. "That's reasonable. I understand where you're coming from. She promised to help out with war plans if she could find spare time while she's searching for the antidote." Luca's eyes widened. "What!? No." Just then the door quietly opened and Ariel came in with a plate of cookies. "Absolutely not. We don't know wether Ariel is trustworthy, what if she's a spy or worse."

Ariel's eyes lowered but she wore a smile and knocked the door. "Sorry! I hope I'm not interrupting anything important. I just got hungry and made some cookies. I wanted to give some to Remi." She placed the plate on the table. "Here taste it!" She was about to feed him but...

"Hey, wait. You eat it first. What if it's poisoned?" Ariel raised her eyebrow at Luca. Then just shrugged and happily bit into the cookie. "See? Not poisoned." She said with a mouthful. Luca was still suspicious and was about to ask another question. Remi rolled his eyes and playfully bit into the cookie that Ariel was still holding up.

"Ew, Remi!" Ariel playfully slapped his shoulders and pouted. "Why did you suck my fingertip as well. That's disgusting." She pouted. "There was some caramel. Oh! I think I missed a bit." Remi smiled and lightly bit her fingers. "No! That tickles." She laughed trying to pull away. "Stop! The sparks! The sparks feel weird."

"Okay, okay! I get it! You two are being all lovey dovey and I'm just poor alone Luca. Thanks for reminding me. But Now is not the time. Can I just know what the next course of action is? What will we do next? How will we defend our families." Luca gave an annoyed look but still suspicious of Ariel.

"Umm well I should probably leave first. I understand that I'm suspicious because of my identity and not easy to welcomed." She smiled at Remi then looked at Luca. "But in case you need me anywhere in your planning. I'm capable of healing as well as putting of small to middle scale curses. I can teach some special techniques to your soldiers as well. I'll go back to look into that cure to your parents Remi."

Before Ariel closed the door Remi told her something through mind link. "Remi! Just you wait! Your in so much trouble after this!" She glared at him and closed the door. Remi laughed and looked back to Luca. "Look, Luca. I know it's hard to trust her. But she's not all that bad. In fact if it wasn't for her, me and my parents would be dead by now as well as everyone else who was present.

"Yeah, So I heard. I also heard about rumors of my older sister being partially behind this." Luca sighed. "You know your parents were like my parents. But now I just don't know who to trust anymore. What if Laila really is involved... I don't know... I just don't know." Luca was about to break from all the pressure he'd been under. Remi placed a hand on his shoulder, making Luca look up.

"It's okay, Luca. You've done your part well. I know you care about the people and your comrades. You quietly take a lot of burden on you and bear it alone." Remi smiled. "Let me take it from here. I promise I'll make as many non-reckless decisions as possible. Don't bear it all alone. I'm crown prince and older. You should leave some spotlight for me too. You're in your youth! Have fun!"

"Ok... thanks... I'll try as well. But I might fail. I guess I'll welcome my new cousin-in -law as well. At least she doesn't seem desperate and clingy." Luca smiled back and the two started talking about the battle plans.

A couple of days later

Ariel sat in the kitchen humming a song as she cut up onion and garlic. Luca came down and spotted her. "What are you cooking, Ariel?" She looked at him. "Hmm? Oh! I'm planning on making spaghetti." Luca went over to the sink to wash his hands. "Sounds delicious. Need help? Are we goin' traditional or..."

"I think we can boil the spaghetti the traditional way however I'm not sure if we have all the traditional ingredients. I'll just mix it up with the other cuisines I guess."

"Ok so... What should I start on? I always loved my mom's spaghetti!" Luca rubbed his hands together

Ariel laughed and pointed to the fridge. "Get the ground meat out. And take any ingredients you might need to make meatballs. I'm guessing you know how?"

"Yes ma'am! Leave it to me!" Luca waltzed over to the fridge and took out the meat once he spotted it.

Remi came down the stairs in the mean time and smiled as they got along. "What's a better way to get closer then cooking a tradition family dish" He laughed and kissed Ariel's forehead then hugged her.

"Mhm. No stop hugging me and help out." Ariel jabbed Remi lightly. "I know how to help you out. Ill help you cut these garlics." He touched her hands guiding her through the cutting. Ariel smiled sarcastically. "Hmhm. How romantic but I'm hungry so do something to speed up the process plus do you wanna make your cousin feel like a third wheeler?" "Ok, fine fine."

Luca laughed at their childishness. "Thanks for considering my feelings, Ariel."

"You're welcome." Ariel went to grab a pepper and green onion. "So what skills do you have. Are you from the light tribe or flower tribe?"

"well actually from both. I'm from light mage tribe however me and my sister got kicked out and then were accepted by flower tribe. That's how I also got to learn some techniques of the ice dragon tribe."

"You mean you were taken in by the royal family. Only the king is from that tribe right? So are they like high class?"

"Yeah. They were nice actually. So were the people. Flora tribe is a mix of both races so everyone's cool. Especially princess Lumi. She's quite outstanding for her age." Ariel smiled talking about her live back home.

"Oh really? I'm sorry about what happened to the queen I just..." Luca looked down. "You were just trying to protect your family I get it. It's what happens in war. It's inevitable I don't blame you. The past is the past." Ariel smiled at him.

"So... Do you think you could join training with us and trade techniques?"

"Of course. I've been itching for a spar anyway. I want to do something else then research for once."

Remi pouted. "Hey! You didn't forget I'm here did yah? Pay attention to me too." Luca and Ariel rolled there eyes. "Now who is the one that told me to have bonding time with Luca huh?" Ariel put her hands on her waist. 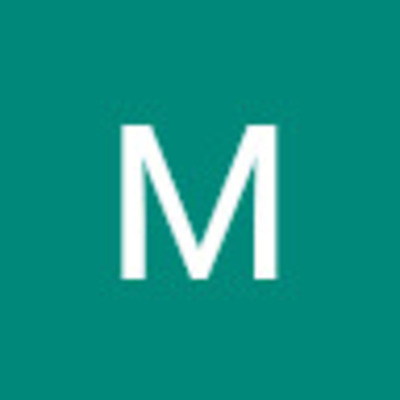