Sitting observing the beauty of the water, I could hear the sound of the trees wrestling only to indulge in the songs of the birds singing in the trees. It’s interrupted with screaming for help. I yelled, “ back where are you?” There wasn’t an answer. I began to run in the direction of the sound of the voice. Then I heard it again, “Help”! I stopped and listen. I continue to move in the direction of the scream. “Where are you?” I’m by the tree with a heart carved H and M. Automatically, I ran to the voice. This was the tree Mary and I carved our initials in after our first kiss. Once I get closer to her I see all this long hair, silky black, as John Smith describes Pocahontas. I grab her up, so quickly that I didn’t check to see if her ankle was broken or sprained. I carried her in my arms. It felt so good to be helpful, depended on for the first time in a long time. We got to the cottage. I opened the door. I put her into the recliner. I walk in the kitchen and got her an ice pack. The moment came while I was making her comfortable. The tears came rushing down. She grabs my hand made me to stop, sit on the ottoman. This was the first time I cried in ten years. I should’ve been taking care of her but she was taking care of me. This was hospitality at its finest.

“How long has she been gone?”, she asks.

“It has been ten years today.”, I put my head down to cover my face. She pulls my hand down. She looks me in the eyes. “It is okay to allow yourself to feel the pain, the hurt of missing her.” I just broke down. I couldn’t stop. This was the reason I never allowed myself to cry. She made me to put my head in her lap. She rubbed my back. I could feel her crying with me. I dosed off in her lap. When I woke up it was pass lunch. I saw she was resting. I went outside to make a fire. I wanted to cook dinner over a fresh fire. As I were about to walk back into the house to get the steaks out of the fridge. “Hello”, she yells. “Hey, I am here. I went outside to start a fire.” He goes in the kitchen and fix her an ice pack. She smiles. “We haven’t introduced ourselves.” They both chuckle. “You right. We haven’t.”

“I am Henry.” He shyly puts his head down admiring her green eyes. Emerald is his favorite stone.  He puts the ice pack on her ankle. He checked out her ankle. It still didn’t look so good. “ I am Marharia. Everyone calls me Maree.” They both smile. “Nice meeting you, Maree.”  Henry walks back outside to continue cooking dinner. Hearing the sizzling and the smell of the food was making Henry so hungry. He began to nibble. He didn’t see Maree leaning on the door. “Cheater!”, she yells out. He turns his head. It was like from a movie scene. Her hair was blowing slightly in the wind. He felt butterflies for the first time in years. It scared him. What he didn’t know she was attracted to his vulnerability. He gets a towel and grabs the hot skillet. Maree moves from the door and hops back to the recliner. “Henry, I am fine. Please finish what you were going to do.” Henry put the skillet in the oven walks back outside to put out the fire. He washes his hands. Then gets the plates out of the cabinet. He set the table. Henry helps Maree to the table. He gets her comfortable. “Do you believe in God or prayer?”, ask Henry. “Yes, I do.”, reply Maree. Henry grabs her hand and begins to say grace over the food. They both say “Amen”. As they eat, they begin to peak at eat other to see who going to say something first. “Henry, this is delicious.”

“Thank you. I am glad you are enjoying your dinner.”, reply Henry. They sit and talked, laugh so long it was pass midnight. “Henry, can you help me to the bathroom, please?”, ask Maree. “Yes” Henry helps her up to hop to the bathroom. He gets her a bath cloth and one of his t-shirts. “Maree, once you get you clothes off. Put them outside the door. I will wash them.” Maree smiles and nods her head. She sits on the toilet. Henry closes the door. He walks away from the bathroom door. He runs his fingers thru his hair. He goes into his room, throws himself on the bed. He airs punches. He is feeling emotions that has been dormant for so long. Maree making them come alive.

Maree sits on the toilet as she was staring into space. She couldn’t believe this man can cook, the house is clean and no clutter and nice looking for his age. She hadn’t been with a man in eight years since her husband passed. She was feeling guilty for even desiring Henry. She gathered herself. She finished her bath. She put the clothes outside the door. She closes the door. She laid against the wall to prepare her mind and gather her emotions. As soon she opens the door. Henry is standing right in front of her. Both stop and stare into each other eyes, Henry leans in to kiss her. He gently kisses her and falls back. Before he can apologize, she kisses him. He pulls her close to him. He sweeps her in his arms and carry her to his bed. He remembers her ankle. His hands caress every part of her body to enjoy the feel of a woman. Mary last wishes was Henry make love to her one last time. In the back of his mind, he pretends it is Mary. When he looks in her eyes the emerald brings him back. Before he enters, he rubs his face down her body inhaling every piece of her body smell. The softness of her body stirred up a passion he was trying to hide. She whispers in his ear “I feel you.” She grabs the back of his hair as if she was riding that bull for dear life. The sensation was so strong she passed out. He lay her on the bed. His body was still releasing, like someone was going through electrical shock. Just as he was about to release a moan, she comes to a kisses him. “Thank you for your hospitality.” In mid stroke, he smiles. “You are welcome, at your finest.” They both laugh.

After that night, Henry and Maree was inseparable. Maree broke her ankle. Henry took such good care of her. She fell more in love with him. A year later they were married. 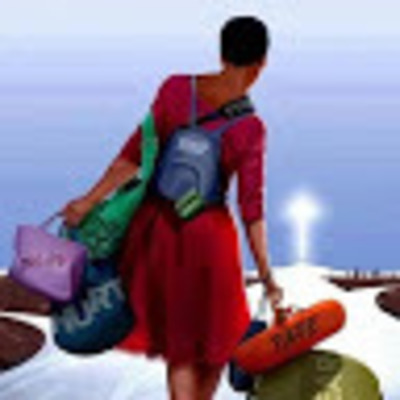 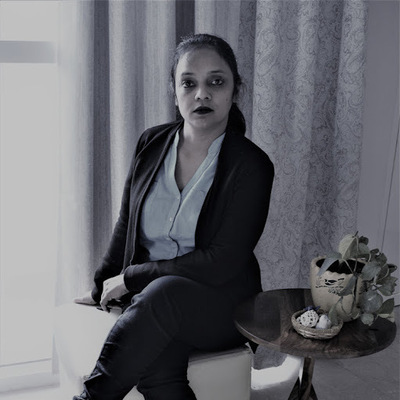 Cute story.Moves from sadness to happiness