Submitted for Contest #96 in response to: Start your story in an empty guest room.... view prompt

Tad stared at the emptiness of the room. Had it only been two weeks since the stranger arrived? Ma didn’t ask questions but agreed to take care of the stranger. The stranger had been brought by none other than Sheriff Pat Garrett himself. This did not really seem odd since the sheriff always was bringing wounded men here to Ma. The stranger young, with blondish hair and the two biggest buck teeth Ma and I had ever seen. Ma told me to fetch a sharp knife and the whiskey she kept for medicinal purposes. The stranger withered in pain as Ma began to dig the bullet out in his shoulder. He glared:

“Hey look kid, I don’t need nobody fer an audience. Soon as I’m healed I am headin fer

He passed out from all the whiskey Ma had been dosin him with. She continued to dig in his shoulder with the knife. Sheriff Garrett was holding him down until the fifth glass of whiskey took hold. Ma, her brown hair in her eyes was pushing strands of hair back out of her eyes. Finally Ma produced the bullet. The young stranger was passed out cold. It was my job to check on him for Ma.

The following morning rumors were flying around Fort Summer that Billy the Kid was dead. Tad began to wonder about the identity of the stranger laying in the bed. He wondered why Sheriff Garrett had told Ma to keep the stranger under warps…no one could know he was there. The Sheriff told Ma he would return in a few days to check on him. Tad watched as the stranger turned over in his sleep, moaned then turned over the other way. ‘Restless like; maybe he will awake soon and I can find out who he is.

Three days later Tad stood looking into the room. The stranger gawked at him:

“This is the Sherman place just outside of Fort Summer.”

Tad ran as fast as his legs would go, he finally found Pat Garrett in a saloon. Tad spoke in a low voice:

“Yer prisoner woke up a little while ago, Ma sent me ta find ya.”

Pat Garrett turned on his heel, following Tad back. Pat knew he did the right thing in saving Billy’s life; he just did not want to be caught doing so. The result would be a lyncing; his own. He thought about the Lincoln County Wars and Billy’s part. The shoot outs; no he was right to keep Billy alive, he deserved another chance. Tad and Pat Garrett arrived back at his home. Ma, was standing in the doorway waiting:

“Sheriff, he been askin fer ya since he came to.”

“How long before he can ride?”

“A couple of weeks at least.”

“Here is fifty dollars, don’t let him out of your sight, there will another fifty when the job

That was more money than Ma made selling cattle. Ma, smiled a weary smile at Sheriff Garrett:

“He is on the top floor the room on the right.”

Ma returned to butchering the cow she had started early that morning. Tad led Sheriff Garrett up the stairs to where the stranger was:

“Billy, when you are healed well enough I want you on a horse and out of here. Head for Texas

“Sure will Big Casino, what happened?”

“Well Billy, the only way I could protect you was to shoot you. I winged you in the shoulder;

“Thanks Big Casino, I’m done killin. I would still like to kill that Dolan but I think

you are right. I ain’t safe here in Fort Summer.”

“Billy, I’ll be back before you leave with your six shooter and a rifle.”

Pat Garrett stood tall at six feet four inches, he ducked out of the doorway; closing the door behind him.

Tad overheard the conversation between Billy and Pat Garrett; this aroused his curosity even more. What was the Big and Little Casino? Could that possibly be Billy the Kid that was in that room. Tad, knew about the rumors that Billy the Kid was dead, killed by none other Sheriff Pat Garrett. He knew better than to ask questions that could not be answered. He turned to go downstairs, he could smell Ma’s roast all the way up here. His mouth watered as he entered the kitchen. The other boarders had already left for various jobs:

“Ma, I got a strong hunch that stranger is Billy the Kid, right here in our place.”

“Tad, I want you to promise me you won’t repeat what you have just said. Sheriff

Garrett asked me not to tell who this stranger is. It will be better for both of us.

Now, you go on, and take this upstairs to the stranger.”

Tad, knew there was no possible way he could ever tell anyone about the stranger in the guest room.

Later that evening Ma sent him up to the strangers room with a tray of food. Tad knocked on the door:

“Howdy, my name is Billy Bonney and your name is?”

“I hope ya won’t be thinkin I am nosey but are you really Billy the Kid.”

“Sure am. Sit down and talk to me while I eat. I had nothin since the gun fight when Pat

shot me. I know he did it for my own good. I am alive. I am thinkin about headin out of

here in a few days. I have always had a hankerin to see Texas.”

“Did you really kill a man when you was fifteen.”

“Ya I did but it ain’t nothin I am proud of. Killin ain’t what folks think it is. Bein a gun

fighter with a price on your head. No not any more I am twenty one years old I am

sure fixin to live way beyond that.”

“Don’t go getting any bright ideas Tad. Take it from me breakin the law n murderin folks

“I know Billy, my Ma been tellin me that since I was a little feller.”

“Well listen to her she makes good sense.”

A week later, Billy Bonney rode out of Fort Summer under the darkness of night. He rode hard and fast to a small Texas town he’d heard about; Hico. When he arrived he kept to himself. He knew that there was still a warrant out for him. He changed his name to “Brushy” Bill Roberts; remaining in Hico, Texas until the day he collapsed and died of a heart attack on December 27, 1950. “Brushy” Bill was known throughtout Hico as Billy the Kid. He certainly knew a great deal about Billy the Kid...maybe just maybe he was Billy the Kid. 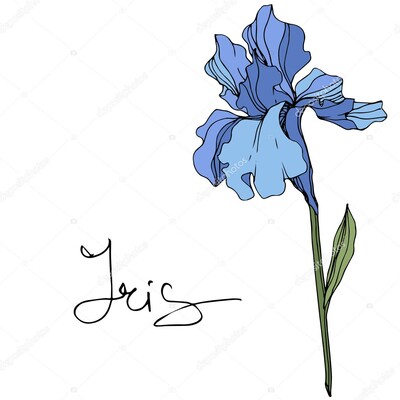 Thank you Iris, there is still a great deal of discussion about whether Billy the Kid did survive and go to Texas. There was a man that lived in Hico who claimed to be Billy the Kid his name was Brushy Bill Roberts. Hico says that Billy is buried in Hamiltion, Texas and Fort Summer says he is buried there. That is where my story came from. I have been to Hico and Hamiltion to Billy's grave. Fact or fiction? I am really glad you enjoyed the story. Sue