The storm is now close to Brine town. It’s expected to have wind speeds of up to a hundred miles per hour. All the residents are advised to stay indoors and possibly board up their windows.

Neo watched the news cuddled up on his couch, his two cats Magp and Finn sleeping next to him. He was in Brine town waiting for the revered storm to reach. Unlike most, he loved when it was a stormy season. Nothing beat binging a horror movie while Mother Nature raged on. The movies also helped with his fantasy paintings and his day job as a gothic tattoo artist.

Neo switched to his movie account and started scrolling through the various previews. He needed to find the right movie before the storm hit. The microwave alarm rang. The popcorn was ready. He lazily crawled out of his blanket and went to the kitchen. The popcorn smell was glorious as he scooped what had fallen and stacked the bowl full.

A bang on his kitchen window made him freeze. He had already boarded up and could not see what it was that had hit. He went back into the leaving room placed the popcorn on the table and opened his front door. The wind was starting to pick up making an eerie howling sound. He peered out and saw a cat sniffing his broken flower pot. It was a stray cat.

“Who do we have here?” Neo said alerting the cat to his presence.

It stared at him and then walked to the far corner of the porch and lay on a cloth that Neo had placed there. He always left food and some of his old clothes as a bed for the strays to sleep on. This one was a regular and now that the storm was coming he had come to take the best spot before the others came.

He locked the door and went back to the couch. The cats had woken up and were staring at him. These two were very territorial and any attempt by a stray to enter, a war would ensue. It didn’t take long and rain started beating down. A couple of minutes into the movie, a scene inspired Neo. The victim, whose legs had been cut off was trying to hold on to his killer while being tortured. He paused the movie and rushed off.

The door to the basement was wide open as Neo hurried to sculpt his new idea.

“Damn! How did I forget to lock the door!?” Neo murmured to himself.

Reaching the end of the staircase, he switched on the red light and went to a sculpture of a fish he’d been working on. He felt the clay and his face turned to soar. It had been hardened by the cold from upstairs, and one section was cracked. He took the sculpture and placed it in a microwave to melt it.

A large covered pot was in the middle of the room and filled with soft clay which Neo had been collecting from the lake nearby. He took some, placed it on his working bench and started moulding. Two hours later the result was a mould of a victim holding on to his villain seemingly begging. Neo walked out of the basement and into the bathroom to clean up. Days like these were rare where he could be proud of his work on the first try.

The storm was still on, now accompanied by loud thunder. Neo went back to his couch and turned the news back on. Some poor weatherman was out there trying to describe the storm to people safe in their homes. The lake water had now covered the beach and was encroaching on the beach houses. He switched back to the movie and continued watching.

Neo noticed his cats were not on the couch. He looked around the living room and saw Finn staring at one of the boarded windows. Neo had left some spaces between the wooden struts where he could peer out. He saw a shadow move on the outside. ‘Possibly Finn was staring at the stray cat’ He thought.

Magp joined Finn on the table and they both peered out. Neo walked over deciding to confirm. He was shocked to see a man wearing a long coat standing on his porch staring into the storm. ‘Who in their right mind would be out in this weather?....unless it’s one of those weather men’

Neo opened the door quietly so that the stranger did not hear him.

The stranger abruptly turned to stare at Neo in shock. He was an older man, around fifty or sixty as far as Neo could tell. He stared at Neo without speaking a word. Neo was used to stares. His tattoos and piercings on his face always attracted attention….mostly negative.

“I’m sorry, you scared me there.” The man replied in a hoarse voice. “My name is Morgan…..Pastor Morgan.” He extended his hand out for Neo to shake.

“Oh, I’m not from around here. I was shopping for a house unaware of a storm heading this way and it caught up with me. I got a flat tire after hitting your curb as I was speeding away.” Morgan said pointing to a Mercedes sedan on the road.

"Well, that's unfortunate. You can come in and wait it out." Neo offered.

“Thank you. I have been knocking for half an hour with no answer. I assumed the owners were not in.” Morgan said walking through the door.

“Sorry about that. I was working in the basement and did not hear.”

Neo noticed Morgan looking at Finn and Magp in a strange way.

“Pardon if I’m intruding but I noticed you have quite a number of cats?”

“Hope you are not allergic or anything?”

“No No just curious.”

“Those on the porch are strays these two are mine," Neo said.

Neo removed his blanket from the couch to provide space for Morgan.

"Thank you," Morgan said sitting at the corner.

They both quietly sat staring at the movie. As an introvert, Neo was not used to hosting guests. Actually, only his mother had come to see where he lived after he moved from home. Morgan seemed disgusted by the horror movie playing and he moved his attention to the art on the wall, most of which were gothic.

“I am an artist, hope they do not offend you," Neo said.

Morgan let out a chuckle. ”I just find them a little fascinating……I assume you are not religious?” Morgan asked.

Neo shook his head. “No I’m not but I am a curious creature, learning about all.”

“Can I use your bathroom?” Morgan suddenly asked.

"Yeah, the third door to the right….please don't open the second door. I have some sculptures in the basement I want to dry.” Neo replied.

Morgan walked into the corridor and disappeared from view. He came back a few minutes later and sat. Neo noticed his face had turned soar but decided against asking. Morgan took out his phone and began typing. Neo tried getting a glimpse of what he was typing and Morgan noticed.

“It seems like a lucrative job, I mean the car you are driving?” Neo asked.

“It’s not a job, it’s a calling. I help people know about the lord.” Morgan replied.

Morgan glanced at Neo but did not reply.

“I’ve always been curious, do preachers give tithe? And where does the money go to?” Neo asked.

“I am not going to answer that to an atheist.” Morgan sternly answered.

The tone was enough to stop Neo from asking questions. An hour later the storm had passed leaving moderate rain. Morgan who had been on his phone typing called what Neo assumed to be a roadside rescue service.

“Thank you for hosting me but I have to go. The roadside rescue guys will be here shortly.” Morgan said.

“No worries have a safe drive.” Neo nonchalantly said.

He was glad the visitor had gone.

Two days later Neo was still intrigued by Morgan and he decided to search him on the web. The results included a video that had been posted a day before titled I MET THE DEVIL. It was Morgan preaching to his congregants.

‘Yesterday I was in a town. I will not mention the name when a storm caught up with me. As I was driving I hit a curb and had a flat tire. The spirit of the Lord was leading me to be tested by the devil himself. I walked to this house and was confronted by lots of cats. Which was very unusual for a home to have. I knocked on the door and no one answered for almost half an hour. Due to the storm, I decided to stay there and wait it out. Soon the door was opened and I came face to face with the evilest face I'd ever seen. Tattoos depicting evil were on this demons' body and piercings all over. I was shocked but as a believer, I did not show it. It beckoned me to go in and I did.

Inside, were evil paintings hanging on the walls and it was watching a horror movie. I sat there and it immediately started to question my faith. My brethren, this was like Jesus being tempted by the devil. I decided to walk around and it warned me against opening a certain door. Guided by the spirit I did and saw people in a red room some without legs clutching on to others. This was a door to hell. The bathroom had blood stains which the spirit told me was of sacrificed people. I prayed silently and the Lord answered my prayers and the storm passed and I was able to leave. I am here as a testament that the devil is around us. All the details will be in a book I’m writing. Please purchase it in advance and learn how to avoid the devil’s temptations…..”

Neo stopped the video, sighed and began laughing. He now hated guests more than ever. 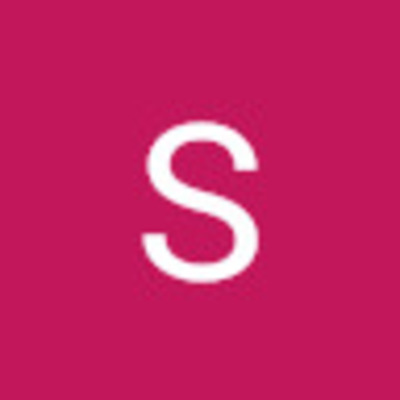