All of a sudden there was a small flash of light to Walt’s right side and there appeared something like an oblong shaped hole in the air. After a few second Walt saw stepping out of the hole an alien that looked somewhat like an earth human. The alien greeted Walt and said his name was Rimisac and that he was from a planet called Tuorafraf and was about 100 billion light years from earth.

Rimisac told Walt (using the same Southern Indiana accent that Walt used) that he was part of a research team from Tuorafraf that was tasked with interviewing random people of earth to gain general earth knowledge. This was the first phase of an experiment to see how people from earth would react to meeting aliens from Tuorafraf.

Wow Walt was shocked that the team from Tuorafraf and Rimisac picked him for this interview.

Rimisac could see by Walt’s reaction that his was not too overwhelmed. Rimisac then explained that his assignment was to seek out a person that lived in a small population center and just hang out and talk about what the subject was doing at the time of his arrival.

So Rimisac asked Walt what he was doing and Walt explain that he was just starting a simple type of prayer called contemplative prayer and reflecting on bible verse from 1 Kings 19:11-12 and to mainly focus listening to the the low whispering of all of the LORD’s beauty and creations in Walt’s back yard. Rimisac asked if he could join Walt in this prayer. Rimisac said that his people’s research of earth showed that people of Tuorafraf believed in the same LORD that we believe in here on earth.

Walt agreed and told Rimisac recline his head back and closed his eyes and just concentration on the first thing he heard.

The first thing they heard a “deep vroom-vroom”. Rimisac asked what was that sound? Walt said that was the neighbor Carl starting his 1967 Camaro Z28 and was revving it up. Rimisac nodded his head and pulled out a recording device and noted and logged the description and sound.

They reclined their heads and closed their eyes again and after a few minutes they hear a “ring-a-ding-ding-ding”. Rimisac asked what that sound was and Walt said that was his other neighbor Terry’s two-stoke engine chain saw and that Terry was trimming his trees. Walt mentioned some people that ride motorcycles enjoyed the sound and smell of two stroke engines. Rimisac nodded his head and noted and logged the description and sound.

They continued reclining their heads and closing their eyes and a few minutes later there was a buzzing sound over their heads. They opened their eyes and saw the resident pair of humming birds hoover next their feeder. Rimisac nodded his head and noted and logged the description and sound.

Rimisac said they had a similar bird on Tuorafraf and that they lived in the more rural smaller population center.

Continuing with the contemplative prayer they heard a combination of whistling and light whooshing. Walt said that the sound was a car traveling on the road on the US Highway in front of the house. Rimisac nodded his head and noted and logged the description and sound.

The next sound was the barking of Walt’s little 11 pound Yorkshire Terrier/Havanese mixed dog Lilly. She had just noticed that Walt had a vistor setting outside – Lilly at times is a bit slow in noticing visitors.

Walt opened the patio door to let Lilly outside and she jumped into Rimisac lap and started licking his arms like she does most people. Walt told Rimisac that Walt’s wife joked about having Lilly attend L.A. (licker’s anonymous) because she licked everyone she met.

Rimisac said they have an animal on Tuorafraf similar to dogs, so he seemed to be comfortable with Lilly setting on his lap. Rimisac seemed amused by all the sounds that came from Lilly and Walt said all he could figure out was these types of dogs had their own language, but to Walt’s knowledge it made no sense and all his family and friends just laughed at the noises.

Rimisac and Walt continued lesson to other sounds for the next few hours and heard birds singing, crickets, cats meowing, neighbor’s shooting guns at targets, semi-tractor rigs hitting the pot holes in the road and many other sounds typically to rural areas.

Walt of course had a lot of questions about both Rimisac and Tourafraf. Rimisac explained that these types of questions were to be discussed in a future visit.

Rimisac also let Walt know that today’s assignment was just the first of a few visits and they would be discussing family life, work live, religious beliefs, types of entertainment along with other topics. During these other visits Rimisac would bring his wife and children and would like Walt to have his wife and children available for discussions and cultural exchange.

Rimisac would send the times and subject to be discussed to Walt’s email address, since the people of Tourafraf had established a web presents on the world wide web.

Before Rimisac departed through the oblong shaped hole he told Walt that he did understand and thought Walt’s contemplative prayer and reflection on Bible verse about listening to the LORD’s whispering of all the beautiful creations made sense to him as well. Rimisac stated that on he planet people could get hung up on all the different noises and fast pace of everyday life that the little – but - more meaningful and beautiful things around people can get lost.

The last thing Walt heard was good bye for now and see you soon – oops Lilly just jumped through the hole before it closed and oh boy what is Walt going to do now and how was he going to explain what happened to Lilly? 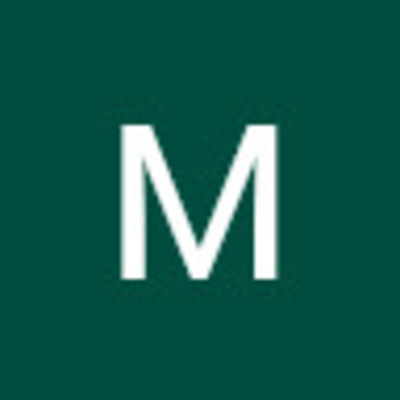