Don was getting ready to sit with his family and have supper when he heard a knock at his door.

Who could that be? he wondered. He ran to the master bedroom and picked a gun.

“Kids, go to your room,” said his wife Jeanette.

The knock sounded on the door once again.

He held his pistol ready to pull the trigger and tiptoed to the front door, “How’s out there?”

Don opened the door slowly. He saw a man about ten years younger than him clutching his left shoulder with his right arm. His bright blue shirt and black trousers were all soiled.”

“I was on a motorcycle coming down Naalya road. There was another motorcycle in front of me. Its rider indicated to turn to the right. The rider of the motorcycle I was on thought that the rider would turn quickly so he didn’t slow down. However, the rider of the motorcycle in front of us braked suddenly. The rider of the bike I was on didn’t have time to swerve, so we hit the bike's back tire in front of us. I fell to the left side and landed shoulder-first on the ground. The first thing I did was spring to my feet and run to the side of the road. Something didn’t feel right about my left shoulder. I could feel a pain from deep within it. I looked up the hill, luckily there were no cars close behind us. I run back to the road and grabbed my bag pack.”

“I used the same motorcycle. I was late so I hopped back on. However, the pain began to grow in my left shoulder as we rode. It’s grown so bad I chose to stop next to your house and ask for help.”

“You could be a con artist for all I know.”

“I don’t think we have a way to prove that.”

Jeanette came to the sitting room, “What do we have here?”

“My left shoulder is burning, is it okay if I can lie down on your carpet?”

“We don’t even know your name?”

She cleared her throat, “Peter, go back to wherever you came from?”

Peter took his bag pack off both shoulders and screamed during the process. His forehead was wet with sweat. He sat just outside the front door.

“I told you to get out not make yourself get comfortable,” said Jeanette.

Peter lay flat on his back, “Please, let me catch a few breaths, and then I’ll go, ugh.” He felt like someone had driven a knife through his left shoulder. “Lord, make this pain go away,” he prayed.

“You have five minutes then I’ll set the dog loose on you,” said Don.

Peter closed his eyes and tried to sleep.

“Please kill me if you want to,” said Peter.

Don went back inside, “Jeanette,” he called.

She was in the kitchen fixing cups of coffee one for him and one for her. She came to the living room, “Yes?”

“I want you to go to Francis’ house and ask him for two handcuffs?”

“I may as well ask him to come and arrest this trespasser.”

“I feel he’s just a lost soul. Let’s give him a place to rest but while handcuffed.”

She put on her sandals and walked out.

Don came and squatted next to Peter’s head. He put the front of the pistol barrel on the side of Peter’s head.

“I have to think about my personal safety before yours.”

“Could you get me something to drink? I feel thirsty.”

Both guys heard Jeanette’s footsteps as she returned and the clanking of two handcuffs she was holding.

Don stood, “It’s your lucky day mister. You get to stay with us. Now get up, it’s past our bedtime.”

Peter moaned with clenched teeth and tightly shut eyes as he sat.

“Better stop that or else I’ll throw you back on the street,” said Don.

Peter took fast breaths to help with the pain.

Jeanette gave the cuff to her husband and walked into the house.

Peter placed his right palm firmly on the ground and used it to help push himself up into a standing position.

Don pointed the gun at his head, “Get in.”

“Wow it’s so warm said,” said Peter. Where will I be sleeping?”

“Don shut the door behind him.”

“Jeanette, get Peter his bed.”

She went to the dining table and picked a chair, “Where should I put it?”

“Bring it here, right in front of the window.”

He grabbed Peter’s arm and folded it behind his back then he held it.

Don grabbed Peter’s right arm and cuffed it to the burglar proofing of the window.

“This only makes me uncomfortable.”

“It only makes my family safer.”

He cuffed Peter’s right ankle to the chair.

At 3 PM, a car rolled into the compound.

“Don someone is here,” said Jeanette. She heard the doors of the car opening and voices. She pinched her husband.

“Ouch, why is it you always seem to disturb my best sleep?

“There are guys out there.”

He crept to the window and pushed the curtain out of his way. The headlights were still on. He saw one of the men walk past the headlights with what looked like an AK-47 rifle.

He felt his wife touch him on the shoulder. He turned to look at her. She handed him a shotgun. 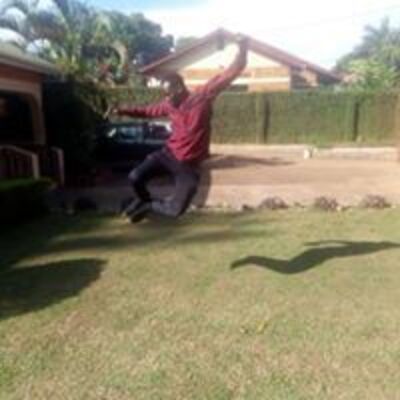