Envy at the peak

ENVY AT THE PEAK

It was a bright evening when Gloria decided to introduce her boyfriend to her best friend, Sandra. She had been with her guy for over a month and she decided it was time to show him to her best friend because the guy seemed serious and ready to have a committed relationship with her. And being in her last year at campus, she felt it was the right time to settle down with a man.

Sandra was excited to also meet the man who had won over her best friend’s heart. Even if for her she always had guys crowding around her, Gloria had not. She had only one boyfriend in her first year and when they had broken up, she never got into another relationship till this one.

And when she finally met him, she was taken back. The guy was quite a catch, he was the tall, smart, and nice-looking dark guy. It was the type of guys Sandra had always attracted and expected Gloria could not. And she immediately knew he would not want Gloria anymore after he met her.

“How did you meet this guy? He’s really a nice looking guy,” she whispered to Gloria.

“I met him around, am glad you like him,” Gloria replied.

And the guy really seemed the social type and she knew winning him over wouldn’t be so hard. There was no way she was going to let Gloria keep such a nice guy yet she didn’t deserve her. At the end of the meeting, she expected the guy, James would ask for the phone number of his girlfriend’s best friend but he didn’t. She got more interested in him when she realized he owned some cool expensive ride.

“Where does James work? He has a nice car,” she asked when they reached their hostel room.

“Oh, you really lucky to land on such a great guy. Have a goodnight,”

And she knew she was going to have some restless nights till she had got James. She first expected he would maybe steal her number from his girlfriend’s number but she never saw any call from an unknown number so she knew she had to take matters into her own hands. She decided to send him a friend request on Facebook and to her surprise he didn’t accept it. And she decided to ask for his phone number from Gloria.

“Gloria, I think you should have my boyfriend’s number in case something comes up or you can’t access me,” she suggested.

“He’s fine with giving out his number? “Gloria asked.

“What? Why?” that’s when she knew it was going to be harder than she thought.

“He’s a lawyer, he doesn’t like his number being given out…you know,”

“So even your best friend cant?”

She didn’t wait for her to ask, she asked Gloria for her phone to make a phone call and she stole his contact.

And when she finally texted him via whatsapp, he replied her texts but he always mentioned Gloria every after 2-3 words. It made her angry but she decided to handle it maturely. She kept posting beautiful and tempting pictures of herself on her status and setting it for only him to view. She always uploaded beautiful pictures for her profile picture but he never commented. He always viewed her statuses but never commented however nice the pictures were.

It hurt her so much because Gloria always didn’t put in any effort but she always had his attention. He called her every day, took care of her and at times posted her pictures on his Facebook and whatsapp. The more he cherished and showed Gloria off, the more Sandra became envious of her. She reached a point when she wanted everything Gloria had. She had lots of guys who wanted her but she wanted James and she paid all her attention to him.

And one day, Sandra decided to approach James and make her feelings for him clear. She went to his office in the evening hours when she knew he was about to leave the office. She dressed to her best, she was sure as a man he wouldn’t resist her.

He was surprised when he saw her walk in and he happily welcomed her. They jazzed for some time but she realized he never tried to pick and throw any signal at her.

“Well, you got me when I was getting ready to go off work, is there any way I can help you…any problem, “he told her after sometime.

“Well….i have something I would like to tell you...”

It was going to be hard to say so she got up and took a step towards his side but he didn’t let her take the second step, “stop there.”

She was determined to get to where he sat, “we have cameras here. Go back to where you were sitting. Am going to turn them off, you can tell me what you want to say from there.”

And when she sat back, “I just want to know, why you can’t like me? What is so special about Gloria?”

“And do you realize Gloria is your best friend?”

“Sandra, you are very attractive, and you know that. Yes, you are attractive and irresistible. But I don’t love you. Of course I see attractive women every day, more attractive than you but its Gloria I love. And I really love her. Am sorry I can’t love you, “he got up. “You can now leave, and let’s not talk about this again. Am not going to talk about this with my girlfriend either. You can get over those feelings with time.”

And that made her more furious and decided to do everything in her power to separate the two. And before she thought of a good plan, Gloria got pregnant with James’s baby. It was just a few months after the graduation when she found out she was pregnant.

“Abort the baby,” Sandra advised her.

“Will he allow me to abort?”

“You don’t have to tell him, just abort it. You don’t have a job, that guy will treat you like trash once you give birth and you have to depend on him for survival,” she convinced her to abort.

“I guess I should do that, I need to get a job first,” it seemed Gloria had bought the idea.

To Sandra’s surprise, that very evening, James posted on his status how he was going to be a father in a few months. She called Gloria immediately and she was so furious.

Gloria: oh Sandra, he suspected I was pregnant and I couldn’t lie to him. Besides he’s responsible and guess what, he’s so happy he’s going to be a father.

Sandra: she realized there was no need to convince her anymore.

The next evening, she decided to go out with Gloria and a few friends since it was a weekend. Unfortunately her plan was to make sure Gloria loses the baby and James breaks up with her. She came along with stomach cleansing pills and managed to put them in Gloria’s drink.

And the next morning, she got a call from Gloria, she was in the hospital and had had a miscarriage. She immediately went to be by her side and watch the two break up. Even after the miscarriage, James was more than willing to stay with Gloria. When Gloria was discharged from the hospital, James proposed to her which made Sandra more envious. Gloria instead asked her to be her matron-of-honor at her wedding meaning she had to actively participate in the wedding preparations.

For the first meeting, she was able to handle but for the second meeting, it didn’t end well. She came along with some drinks for the meeting and kept sipping slowly. She got drunk and when it was her turn to say something, she decided to let out her anger.

“Gloria, you know you don’t deserve that guy James, “she turned and looked at James. “he’s just feeling sorry for you and you know he’s not your type.”

James asked someone to take her outside but she refused to go along.

“You really think you can take him and I let you be. Is it really possible for a man to walk past me and come to you? And am going to do everything to have him to myself. Problem is you are so naïve, you don’t even realize his eyes are always all over me….”

“Sandra that’s nonsense….”James spoke up but she interrupted him, “he even knows how I feel about me and….”

“What?” she reached out and wanted to slap her but James was fast to push her away.

“At least I haven’t lost. You lost your baby too and I guess you will never know how you came to lose…” she blurted out.

“What?” Gloria couldn’t believe what she had just heard.

“I told you to abort it but you thought you were wiser than me. So I helped you, I couldn’t let you guys be in peace,” and Gloria fainted at that juncture. And when she regained her consciousness, she knew she would never wish to set her eyes on Sandra ever again. She was a stranger and she would give anything to erase all the memories she had of her and Sandra. 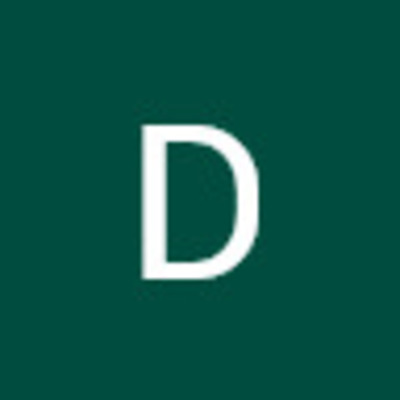