The ugly duckling of history

Submitted for Contest #93 in response to: Write about a reluctant party-goer who ends up being the star of the show.... view prompt

We will have a cousin reunion! Victoria said, my cousin and godmother who lived for many years in Spain and now, after her second divorce and being a grandmother, she had returned to live in Argentina. She had always been the organizer (and a bit bossy) in everything and with everyone. I hardly knew her because she left when I was just my first year, but she always wrote us letters or sent the odd gift.

This meeting, from the beginning was not very welcome since some of the cousins ​​had to mobilize from another province for the meeting and I, the truth that I did not thank me for that meeting since I had little in common with them. Why am I saying this? Because I was born from my mother's second marriage (a widow with two children roasts with my father) and therefore she was the youngest in the family. My brothers, on the other hand, with my cousins, had grown up together, they played on the sidewalk, they celebrated their birthdays, they even took communion the same day! And I felt like the ugly duckling in history: another last name, a lot of age difference, well, I did not feel anything in common with them, what is more, I felt that I had no right to be at that meeting. Mama very much did not want to comment, and she told me to put on our best faces and try to have the party in peace.

My cousin, being a good Spanish by adoption that she was, proposed to make a huge paella (which not everyone liked very much) so my brother proposed to make a barbecue for those who did not like seafood to which everyone agreed with great pleasure. Victoria immediately took charge of putting together a WhatsApp group that I obviously call "cousins" and there they began to organize the "great event" that would be at my brother's house because he is the one who has more space and comfort. Outside the group, we gossiped about what the happy meeting would be like and the famous paella that our cousin would prepare.

My feeling was one of those anger that you cannot transmit to anyone because everyone would see me as the bad guy in the movie because in truth, there really was no reason to feel that way and none of them had done anything to me but there was nothing to motivated me to participate in what for me was an encounter of falsehoods since everyone was talking about each other, I also knew their secrets from the past (as happens in all families) and I was so bad with this situation that I even fantasized about the scene that he would ride by throwing at all their truths and exposing them to their falsehood. Obviously, I could not do it more than everything out of respect for my mother and my aunt who were the elderly people who would be there and did not deserve to have a bad time for the simple fact that I do not tolerate falsehood in people.

Meanwhile, my cousin continued to share publications in the WhatsApp group about what she had been preparing and she felt so excited about the good seafood she had gotten to prepare her paella (that already at this point, outside the group, the votes came more for brother's roast) that no one dared to say anything to him and all accompanied with praise and others that further added to my anger that it was a group of false ones.

There was only one day left, and Mom had prepared her exquisite homemade pizzas, some of her had anchovies because she knew that my brother and one of her nephews liked it that way.

Finally, D-day arrived and that morning, reluctantly, I decided to plan a strategy and it was the following: obviously go to the meeting, try to speak as little as possible with a face of “I care a lot about them” but what if the first time around? Someone said something that would light that fuse that would cause the bomb inside me to explode, I would! But, also, at the last minute, I decided to put together a short video with photos of my uncles when they were young, young, when they got married, when the children (my cousins) arrived and formed a business, which had my mother's first husband in society. with my uncle who I did not know because he died before I was born, I put music on him, I put it together, despite my feeling of anger about that meeting, with a lot of love and it showed in the result when I looked at it repeatedly before saving it. I had decided to give them that surprise because I knew that no one would come up with something like that, but, in addition, I did it with the intention of showing them that I could also do something good and be a little the protagonist of that meeting despite continuing to think that I had no right to be in it.

That noon we arrived at my brother's house and some of my cousins ​​and his wives had already arrived. The promoter of the event was not there, and it was that he had complicated with the paella because he made it in stages and it seems that he began a late pruning to prepare it and the seafood was not cooked and the rice was still missing, which he had obviously looked for and obtained in a business in a corner of the city, the one special for paella. My brother had lit the fireplace so that he could put the paella pan there but it did not work, his brother-in-law brought a carafe with a lighter from his house to make it at home in the patio, but it did not work either and Victoria's nerves began to show on her face that was transforming more and more. Meanwhile, my brother had prepared some delicious pork tenderloins on the grill, which everyone was praising and drooling at the smell of it. For my part, deep inside me, I was somewhat happy with the situation since finally everything was not turning out as she thought, but at the same time, since I am not that bad, in a way it was sad to see her so overwhelmed because Her much promoted paella would end up being the great failure and thank goodness my brother had prepared an alternative menu because if not only the breast pizzas would remain, which by the way were a success like everything she prepares.

The hours passed and the gazes between everyone were tense, but no one dared to speak because we saw that my cousin was feeling worse and worse and, if it were not because she is strong and above all not very demonstrative, she would burst into tears at any time. moment.

Some of my cousins ​​began to express that they were hungry and that it was a bit late to continue waiting for the paella so we started with my brother's barbecue, which would be very welcome. Before starting, between nerves and that anger that still did not pass me, I decided to propose a toast for that meeting. Yes, I know, there I was also being a bit false, but I had a reason or rather an ace up my sleeve that nobody expected and that was to mention that, who really deserved to be there in my place for being their direct cousin She was my sister (she died of an aneurysm at the age of 35) and there everything changed, my cousin finally could no longer contain the tears like the others and then my cousin told me: you are where you should be and you deserve to be here with us because you are our cousin even though you have arrived a long time later. Then, from there, the climate changed, everything relaxed and I, a bit also because they made me feel included in some way.

After we had already eaten mom's pizza and the barbecue my brother had prepared and practically no one was hungry anymore… the paella arrived! Victoria between nerves began to ask who wanted to try it and some did it already out of commitment because the appetite had already passed for everyone. She was hot, but honestly, beyond all the unforeseen she had had, it was not "LA PAELLA" that she had promoted so much. And if something else was missing to finish defenestrating the promoter of this event, it was dessert time where Victoria presented her fruit salad (a huge container that would finally be practically full) and which everyone accepted because it was something fresh and let's say digestive After such a banquet, but, when tasting it, everyone began to leave it and his brother Ernesto expressed angrily: what did you put that taste in it? To which she responds very fresh: cinnamon! I love cinnamon. And he says (and he was right) to you, but not to everyone! So only a few, out of commitment as with the paella, ate it, but food proposed by my cousin, who at first seemed that she would get all the praise and was the promoter of this event had been far from it. expected result for her.

It is time for my surprise! Nobody expected it nor did they imagine that they would all appear as children like their parents when they were young and the exclamations after each appearance and the laughs before some somewhat funny photographs gave the notion that they had really loved my gift and that they were. enjoying. Once I was done, everyone clapped and then all the compliments were for me that, without expecting it and with all that feeling that I had had of anger for so many days, it turned into excitement and gratitude, so I went from being the ugly duckling of the meeting who thought he had no right to be there to be the center of attention and the real star of the party! 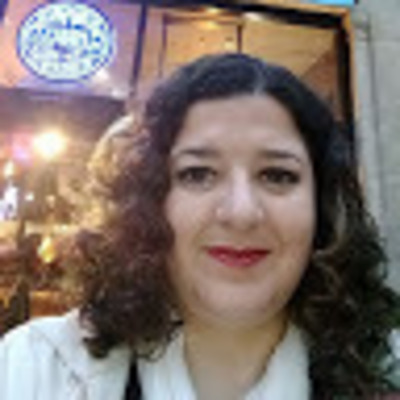