Submitted for Contest #93 in response to: Write your story about two characters tidying up after a party.... view prompt

Copyright © 2021 by Fallow. All rights reserved.

A vague shadow roamed from table to table, picking up serviettes and adding them to a pile on the tea trolley they pushed.

It was the annual National Spaghetti Day, just two days after January 2nd, the Scottish Bank Holiday. Guests had trooped in, all dressed in their various English attires, exchanging pleasantries and talking about school life and work in-between served juices with a few small chops.

As the purpose of the holiday, spaghetti was served around the refectory tables. The aromas of the different spices and seasonings filled the air as each person dug into their food, ravishing every taste the boiled wheat dough straps had to offer till the very end of the big family bash.

“I could teach you how to cook the spaghetti carbonara tonight,” walking back in after seeing off every guest, Paityn Declan, the English stepdaughter of Petra Jago, suggested in a bid to acquaint herself with her new family member. Paityn’s father, Darius, had brought her in two weeks ago to spend the winter break and its holidays over at his house with his new family. She was the only child her late mother birthed, which would explain her sudden and optimistic approach to sibling love after five long and lonely years studying at Truro School.

Zigmund Declan stopped dead in his tracks, his forest green eyes taking a new dwelling in her oval-shaped face. He watched her through the fairly illuminating candelabra, noticing her genuine offer even through the dusky dinette.

He had never cooked his entire life, much less his favourite food; this was a golden opportunity knocking on his door that he knew better than to reject. Then, his eyes lit up, an approving smile spreading out over his rosy lips, “I’d be more than delighted,” he said. He was never one to warm up quickly to people, albeit she was now family.

She grinned, moving to where he stood at the centre of the large room. Finally, a chance to make a new friend my age, she thought rousingly.

Not like she had no friends, but since she came to their house, Petra had been breathing down her neck - treating her to lunch and showing her around amidst shopping - not that she hated the act, while Darius and Leroy, her younger stepbrother by five years, spent time on teaching her video games and sports. Everyone seemed to warm up to her but him; she only had a few shy eye contacts mixed with hellos and goodbyes.

Gesturing to the empty ceramic plates on the tables, he handed her a tray from beneath the trolley, “Help me, would you? It’d be much faster that way.”

She grabbed it from him in all enthusiasm and bounced in her plaid A-line dress, retrieving all the plates one after the other, tables from tables.

As it were, the pair were complete opposites of themselves, yet this night, they were bound to light a unique and friendly spark. He stared at a joyful Paityn and agreed that he was going to like her even before he knew her or her story.

“Flip it already!” Paityn yelled atop the sizzling beef salami.

The food was burning but poor Zigmund knew nothing about performing the many terms she kept using to save it. So much for liking her, he grimaced at her authoritativeness.

She sighed in exasperation, tossing the napkin onto the kitchen counter while he turned off the gas nervously. By now, they were finished with cleaning the dinette, simmering the spaghetti and were about cooking if only Zigmund could get the hang of his wok and wooden spatula. He was already coated in small sauced onion rings and cucumber slices - the bit that failed effortlessly to fry in the oil.

She rubbed her temples with her manicured nails relaxingly. He was going to be the death of her. In that one hour spent in the kitchen, she had realised how oblivious he was to making food. It was a simple process - flip, stir then shake, and over - but somehow he still found it hard to grasp after her demonstration.

Throughout her years in secondary school, she always knew she was a great chef because she was tagged the leader in her culinary class, won three cooking interschool tournaments and had baked the last ball’s snacks. But, never had she thought teaching it would be much of a task.

“One more time, and that’s it, okay?” in a soft voice, she declared, rounding up her beach waves into a ponytail.

When Zigmund didn’t respond, she looked at his expressionless features and smiled encouragingly, “You’d get the hang of it in the end. Don’t fret.”

Most likely, he wasn’t anxious but was shocked to the bone by her harsh attitude and wondered how it had hidden perfectly behind her always carefree one during her stay.

He adjusted his white apron and toque she insisted he wore, dusting off the food remnants it had accommodated. He took a look at the oily wok before discarding the half-burnt salami in a clean platter.

Turning on the gas, she recounted, “I’d put in the butter, meat and the other ingredients. All you need to do is stir. I’d let you know when to flip the wok.” He nodded, looking down at her. She was just about two inches below his ear lobe, even in a pair of sandal wedges.

Noticing his long gazing trail down to her feet, she swatted his arm, smirking, “Focus! I trust you to handle it skilfully this time.”

“Yes, ma’am,” he grinned for the first time that evening, realising he had been caught in the act.

“Ah, all my hard work paid off!” she beamed, chowing down the entire plate of spaghetti carbonara. It took two hours to make a twenty minutes dish but, it was worth the struggle. As they say, trust is the glue of life; maybe food too. Had Paityn not trusted Zigmund with handling the food, maybe it wouldn’t have tasted as perfect.

And, as the new duo of cooking friends sat around the kitchen counter, munching twirled spaghetti straps on forks topped with squash, in soothing silence, their parents passed by, happy with the small bond that was beginning to yield.

Most of all, Paityn was glad Zigmund didn't ask in his never-ending questions how she came to know he wanted a dish of spaghetti carbonara on a wonderful and unforgettable holiday like today. 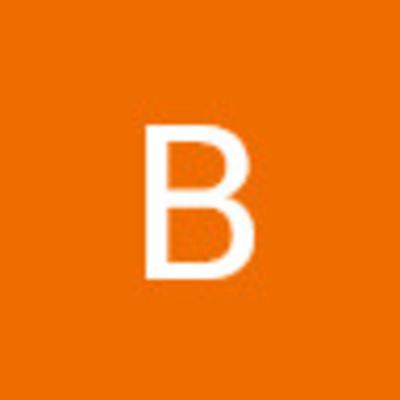 Hello :) Firstly, I had never heard of this holiday before and I was pleasantly surprised to discover that it was a real thing! I must confess, when going down the massive and slightly overwhelming activity feed, that's what made this story stick out to me :), but I am very happy that I got the opportunity to read it. There were a lot of reasons I liked this story, but the two main ones are: character dynamics, and the inclusion of family. Sorry, I lied, there were three, the last reason being how you write. Character dynamics - I thor...

Hi! :) Lol, I had researched on uncommon but cool holidays, that's probably why. I wanted the story to really stand out. So, when I stumbled on the national spaghetti holiday, I simply thought why not. I'm super glad it was worth it, XD. Why thank you! You definitely got me at the third reason, lol. Lol, yes. That's truly how they're portrayed, almost as though the life they're in is perfect, XD. No, of course not. They both love Paityn. I imagined it to be this sort of younger brother stuff that makes him feel happy to have a new siblin...