Submitted for Contest #92 in response to: End your story with a truth coming to light.... view prompt

I woke up to a rhythm. A rhythm of knocking. I heard voices, but I wasn't sure if I was dreaming.

"I know right! Sometimes I wish we could go to the spa, get our hair done but then people will think it's a prank, 'cuz guys? Grooming themselves? That's illegal!" Luke said.

"Ohh, I have a idea. GIRLS! THE MANICURE LADY IS HERE!" Amare yelled.

"Hello, Amare! What a pleasure to see you! Uh- and the others, of course." Clarice said.

"I believe I heard the manicure lady is here? How did you even manage that, darling?" Clarice responded sweetly.

"Great pity party. Now, move aside, the correct way, to wake up a group of girls sleeping, is to scream, THE PIZZA IS HERE!" A voice said. I liked that voice, it was smart.

I jolted up. Dream or no dream, I was not missing dream/reality pizza.

A chorus of chuckles emerged.

I got up to help her. We were all up by then.

"She was stable throughout the night. So that's pretty good!" Fawn said.

I sighed. That was good.

"THE PIZZA IS GETTING COLD!" A voice said.

And thus, there was a stampede. Of hungry girls.

"Woah. Y'all have serious bedheads." Celeste said, looking at the guys, through laughing.

"L- Luke- your- hair looks like a -candy cane at- the top!" Aerin screamt and burst out with laughter.

"Uh- yeah, Finny, your hair is a jungle." I said giggling.

"W-what happened? A-and did I hear a stampede?" Came out a well-rested Flint.

"Well the guys choose theirs without me, but I guess unicorns are better than nothing…? Sorry, that came out wrong." He said blushing, and backing away.

"Uhh- that's okay." I grinned- with an awkward thumbs-up.

"Yeah, I didn't wake up for nothing!" Aerin complained.

"Oh. Uh- I didn't introduce myself. I'm uh- Danny. A Lighteral." She said, smiling at me. She had bright-ish platinum hair- kinda blonde-ish…. or it was silvery-white. I had no idea. It just- shined.

"I made pizza! So go get dressed y'all!" She said.

We quickly got dressed and sat down at the table. Apparently, the person who sent us the notes had also put clothes for all of us- knowing exactly how many boys and girls we are.

I was wearing a white T-shirt, saying "pretty as in beautiful, and pretty as in pretty crazy." whith shorts that was labeled as "Kennie". They even knew my nickname.

Fawn walked out of the bathroom, wearing some sort of black crop top saying "sweet but dangerous" and jeans.

Tania wore a Patel green t-shirt with plants blooming and flowers with jeans.

Me and Finn jolted up, both are chairs falling, with Flint and Celeste right behind me and Finn, Amare shot up too; all of us racing upstairs.

Me and Finn burst open the door, to see Saylin sitting on her bed. She whispered "Come here." We ran to her bed.

She lifted a hand and screamed.

"YOU ATE PIZZA WITHOUT ME?! HOW DARE YOU?"

Me and Finn screamed with laughter, and we enclosed her in a three-way hug.

"You scared me, you little-" I said as she rolled her eyes.

"That was the purpose." She said grinning.

"I missed you too Finny." She whispered.

It was afternoon. The pizza was great. Saylin was fine. Clarice came late for breakfast. Finn and Flint raised some interesting theories about who this group is. I'm happy to see that they're getting along. I felt bored, so I decided to strike up a conversation with Saylis and Finn.

"Hey y'all. How are you feeling Lis?" I questioned.

"I'm good, I get that I passed out and all, but I'm fine now." She said, looking happy.

"OOOH- LIS! I DIDN'T TELL YOU SOMETHING!" Finn exclaimed.

Finn looked around quite dramatically and put the universal "shut up" sign; the finger on your lips.

"Kenna has a crush on Flint." Finn 'stage-whispered'.

"OOP- I KNEW IT! AHAHAHA IMMA GET YOU BOTH TOGETHER!"

I put my hand on my forehead. When Saylis commits to something- especially if it's involving wingwoman-ing, she does it. Perfectly.

"Ya know, I still ship Finlis from 10th grade," I said shrugging.

This went on for a while until they were both practically the shade of tomatoes.

I laughed at the blushing then stopped when I realised Celeste was watching them. And she didn’t look happy.

“Um. What were we talking about? Oh yeah! Flenna! Kenna and Flint!,” Lis interrupted.

“We have to come up with a master plan to get them together!”

“I mean we could trip Kenna so she falls in his arms or something.”

"Seriously?? You guys….-" I whined- secretly thanking God that my friends are so cunning and yet- undeniably stupid.

“Dude you have been watching way too many rom-coms.” Saylin said, giggling.

“There’s no such thing as way too many. Plus they’re much better than my mom’s soap operas.”

“Anyway we have to think of a better plan! WAIT I GOT IT!”

What outrageous plan could she have?

She glanced down at me and whispered, “Just go along with it.” Winking. It's never good when she winks.

I shot her a glance that said ARE-YOU-FREAKING-CRAZY and proceeded to pretend to be hurt. “Uh...yeah...ow…”

Flint and the rest of the crew came rushing in. “KENNIE ARE YOU OKAY?!"

Flint rushed over to my side, his eyes full of concern and worry. Lis just smirked.

Then she started talking in a tone filled with suggestiveness and fake worry.

“Oh no Kennie! What if you broke it! Omg you can’t walk!”

“YOU CAN’T WALK!!!”, she repeated louder, and with more emphasis. It seemed more like a statement than a concerned question.

I rolled my eyes.

This girl was- she was something.

I enjoyed the sudden spotlight, and well- I hadn't had fun in ages… so you can't really hold anything against me...

Everyone stared at her. The girls understood what was happening, and smirked but the guys were just plain confused.

"Saylis is the cunningest girl out there." Danny whispered to the girls.

"I know right- like did she take wingwoman-ing classes?" Aerin asked giggling.

"What do you guys think? Do you ship Kenna and Flint?" Kuro asked.

"Uh- yeah they're so adorable together and I get my best friend and brother together. Plus- I swear- this is the first time he's blushed in his whole life, I tell you." Fawn giggled.

"Me too! What do you think about Clarice, though?" Kuro asked.

"What do you mean?" Tania asked.

"Well I- heard her talking to the shadows when she was in the bathroom. I went next, and it felt- heavy. And there was black mist everywhere." Kuro explained.

"Weird. You can't communicate with shadows, unless they're really strong and so are you. I'd know. I mean- I am a Lighteral." Danny explained.

"Should I uh help- I mean, I lift weights." Luke tried.

"KENNIE ISN'T A WEIGHT! And uh- thanks but- I think she'll be more uh- comfortable with someone she - uh- knows." Saylis suggested as Luke nodded.

“You don’t have to talk that loud-”, Amare started.

“YES I DO! And look who's finally talking to me again Amare.” Saylin emphasised.

The room sucked in a breath. My only thought was, drama.

“Anyway. We’ll talk about ex-boyfriends later. What matters is that KENNIE NEEDS SOMEONE TO CARRY HER DOWNSTAIRS!” said Saylin, glancing very suggestively at Flint.

"Uh-uh- sure, wait- uh- Fawn, you okay with this?" Flint said, looking nervous.

"Of course, Flint. Why are you asking me like you’re gonna do more than just carry her? But don't you dare drop her." Fawn said, smirking.

Flint turned redder than his hair. “Uh- okay um- Kennie you ready?”, he said glancing nervously at her.

He nervously smiled and wrapped his arms under me, lifting me up.

I felt warm and cozy and leaned my head against his chest, wrapping one arm around his neck.

He warmly smiled down at me and in that moment, we were the only people in the world.

Out of the corner of my eye I saw Saylin smirk at me and Fawn give me an enthusiastic thumbs up. The guys were looking between me and Flint, and Saylin, they’re eyes wide.

I saw Finn whisper something to Saylin, and a smile lit up her face. I couldn’t hear what he said but if I read his lips right, it was something along the lines of You’re a genius.

I grinned to myself. Finn was looking down at her and she smiled back at him.

Flint slowly made his way to the door and down the stairs. “How’d you hurt your leg?” he asked.

My heartbeat quickened. “Um- I uh...fell….from the windowsill!”

He chuckled. “Last time you said you fell from the bed.”

I turned red. “Yeah I fell from both of them.” I'm pretty sure my cheeks went nuclear.

KENNIE! JUST PLAY IT COOL! I heard Lis's voice in my head. That girl.

I mentally smacked myself.

I smiled up at Flint in a 'heh-heh-sorry-about-my-lame-excuses' way and he just laughed.

His eyes got wide at someone in front of him. 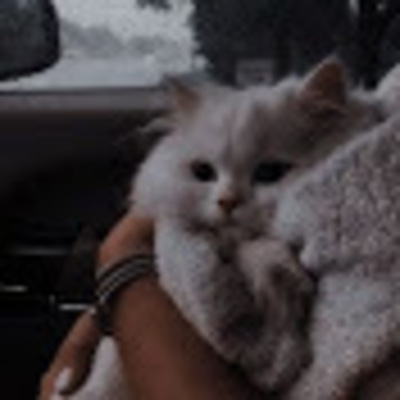 Okay I agree with every single comment in the sense that this was the most random, chaotic, quirky, funny, absolute bootiful speed-wrote evah— ALSO I LOVE MY LINES LOL I’m a total dork 😌💅🏼

BAMM NO NEW PEEPS THE PRODUCTION OF A WROTING SPREE A WINGWOMAN, AND A PREOFFESIONAL AMD AWESOEM ADN GREAT AMD SWEET AND SUPER EDITOR SAPHIEEE

HLGJGFGHDHGHJ This was so funnyyyyyy omg the pizza part I knew I was gonna comment abt but the wingwoman part XD SIAAAAA COMEDY GOLDDDDDDDDDDDD YESSSSSSSSS Ok, Ima repeat it again, "DO NOT LISTEN TO WHAT I SAID ABOUT FLINT" Put me with someone else, please. I need this ship to stay alive This is what I get for answering before reading the parts smh formal apology abbie for unknowingly breaking up a rly cute ship amazing job Siaaaaaaaaaaaaaaaaaa

ackk love triangles :') so much drama~ love it xD ashjgdaklsjdg aaaaaaaaah im dead x.x aah lol hE bEtTeR nOt DrOp HeR :') lolol lemme yeet right over to the next part :)

aah mah poor heart :') that was uncalled for gshdkklasdkg aah shocketh :0 so sad~

THAT ENDING WAS SAPHIE-

this is so chaotic and funny and I love it

apwieugfbnapsidjhfasijdhfoaiwhjsefiuawe i luv this how are you so fast at writing? :O <3

Wow. Why am I always involved in a dramatic love story LOL- Ahahahahhhh- Clarice? Does she love flint too? EEeeEe

You are? XDD ahahahahaahaaa maybeee EEEP

Yeshhhhh you have one its gonna be drAmATIc

EHEHEHEH YOURE GONNA BE COMPETING WITH ANOTHER GIRLLLLL DO YOY WANNA KNOW WHOOOOOOO???

XDD I loved writing this- even thought it felt like writing a script for Keeping Up With The Kardashians XD Anyway one thing ""Weird. You can't communicate with shadows, unless they're rea..y strong and so are you." I think you meant "really" :) anyway- I'M TOTALLY CRAZY AND INSANE IN THIS XDD I love itttt