Ring a Ring a Rosie

Submitted for Contest #92 in response to: Set your story in a countryside house that’s filled with shadows.... view prompt

The floorboards creaked as the small group of people, all wrapped in thick coats and scarves, huddled closer than they normally would have done as they climbed the grand staircase, several torches lighting their way.

The light from the full moon trickled through the dirty windows, but the panes of glass were so grimy, the hallways and rooms were still dark; thin beams of light reaching the dusty, dirt covered floor, adding to the eerie spookiness.

“Ring a ring a Rosie, a pocket full of posies.”

“What was that?” one of them asked, spinning around, looking down at the entrance hall.

“Nothing, Jack,” another said. “It’s just your imagination.”

Slowly Jack turned back to the others who were staring at him, theirs faces half illuminated.

Jack shook his head, tucking his hand into the crook of the girl’s elbow,” Nothing Susie, it’s just I thought I heard something.”

“What did you hear?”

Glancing back, Jack noticed the shadows behind them become deeper and darker as the torches moved further away, as he shrugged.

As quickly as possible, Jack and Susie raced up the rest of the stairs, ignoring the cobwebs that hung thickly from the ceiling, as their torchlights bounced off the wallpaper.

The doorway to one of the small rooms was open, the painted wooden surface covered in scratches.

“What do you think done that?” Susie whispered.

“Ring a ring a Rosie, a pocket full of posies.”

Jack felt a cold shiver run down his spine, almost as if a small fingertip were touching his skin.

Slowly he turned his head, trying to see behind him, afraid of what might be there.

“Jack, what is it?” Susie whispered, looking around him, her cold fingers gripping his hand, almost knocking his torch to the floor.

The hallway was empty, dark except for the small patches of moonlight.

Exhaling, Jack tried to laugh, squeezing her hand, but it sounded instead like a squeak.

“It’s nothing,” he said, sensing the shadows almost moving towards them. “You know what these country houses are like, all creaks and, well, you know, scary stuff.”

Susie’s eyes widened. He could see her upper lip as it started to tremble.

“Hey, are you two going to run away or something?” one of the others called back. “We haven’t even got to the attic yet!”

Jack could feel Susie’s body trembling next to his.

“No, of course,” he said, sensing the sarcasm in the other’s voice.

Trying to breathe more evenly, he moved into the room, pulling Susie after him.

The remains of the once majestic furniture were scattered around, their surfaces covered in layers of dust. An old dolls house, a rocking horse and several old dolls, their glass eyes still, were waiting.

Jack shone his torch around the room, shivering.

There was something here, he was sure of it.

An old portrait, its gilt frame tarnished, stared back at him. Her eyes were wide, her face expressionless, the blue of her dress faded.

“Ring a ring a Rosie, a pocket full of posies,

They all spun around, their torches starting to flicker, the shadows on the floor lengthening.

“What was that?” one of them gasped.

“Oh, so you heard it this time?” Jack asked.

“That was what you’ve been hearing?”

“Well, yeah, but I didn’t want to say anything in case you all thought I was mad or something.”

They all screamed, grabbing hold of each other.

Jack dropped his torch on the floor as the others flickered off, leaving them in darkness except for the single beam of torch light.

“What is going on here?” one of them asked, slapping and tugging at his torch.

“Jack, I’m scared,” Susie whispered, her breath appearing in clouds in front of her face, as she tried to move closer to him. He could feel her pressed against him.

Slowly he reached down and picked up the torch, his hands shaking.

“Maybe it was a draught or something,” he muttered, meaning the door.

As they stared at it, the handle started to turn, creaking.

The others gasped and moved closer to each other; their breath intermingled in the air.

“Is this a joke?” one of the others shouted making them all jump.

Instinctively, they all moved back, knocking into the rocking horse which started to rock backwards and forwards.

A girlish giggle came from the hallway.

Jack shone his torch in that direction.

The floorboards in front of them started to creak, as if someone was lightly stepping on them.

“Ring a ring a Rosie, a pocket full of posies,

“What was that?” Susie shouted, her fingernails digging deeply into Jack’s arm. “Something just brushed past me!”

The room was quiet except for their heavy breathing.

Jack glanced at the horse. Slowly, as if a hand were holding onto it, it moved until it faced them.

“Do you want to play horsey with me?” the voice asked, followed by another giggle.

There was almost a stampede as they all rushed for the door and almost threw themselves down the stairs, the cobwebs becoming interlaced with their hair, the thin beams of light guiding their way.

Susie fumbled for the front door handle, sobbing,” Oh, come on!” before it burst open.

Jack glanced behind him.

Dark shadows again filled the house, but the thin light seemed to shine at the top of the stairs.

A young girl, her blue dress faded, stared down at him.

“Why does nobody want to play with me?” she asked sadly.

“Come on Jack! Let’s go!” Susie yelled, tugging him towards the packed car.

“Nothing! There’s nothing to see Jack!”

“No, Jack, just forget what you saw. There’s nothing there.”

Softly, faintly through the wooden door he could hear “Ring a ring a Rosie, a pocket full of posies,

Attishoo, attishoo, we all fall down,” as they drove away, the large country house dark and silent once more.

OMG! I am so creeped out, Vicky! Which means you did a fantastic job creating a really eerie atmosphere. I am glad I am reading this while at work with the lights on and other people around. If I was reading this just before bed, I'd have nightmares for sure. I loved it!

Thanks so much kristen.glad you enjoyed it

Hi Vicky! This was such a great read! I love these types of stories, and I thought you did an excellent job writing it. I was hooked from beginning to end :) Great job!!!

Thanks so much Daniel. Glad you enjoyed it. Working in a nursing home, I truly believe these spirits are around 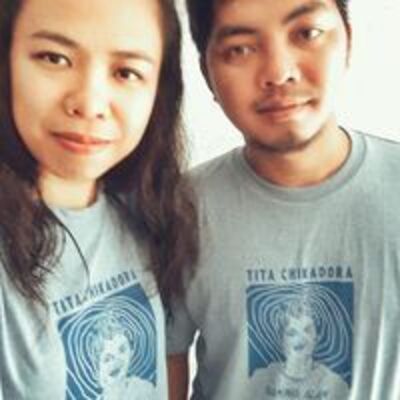 From the title itself, I kinda felt already that this is going to be creepy. Good one!

Thanks so much aisa, glad you enjoyed it