Submitted for Contest #92 in response to: End your story with a truth coming to light.... view prompt

Author’s Note: Hi! Sorry I’ve been posting much less lately, I’ve been really busy. Anyways, I hope you like this one, The Faithwood Series is my favourite on here, and this doesn’t exactly make sense without reading it. And this is the last one, I promise.

Evidence (A Companion Story to The Faithwood Series)

There she is. Just…lying there. At my feet. Dead. Blood leaking out of her.

It was an impulse. The knife was just supposed to be threatening, just to shut her up. I wasn’t-

I wasn’t planning to use it.

I‘ve never killed anyone before, until Jamie. And even then, she died in hospital. I didn’t have to deal with a corpse. Meaning I’ve never actually disposed of a body before, much less the body of someone I was supposed to protect. And judging by the footsteps, I won’t have to.

Isla’s coming. Whether Delta screamed as she bled, I don’t know. The adrenaline was too loud to hear anything else.

At least she’s with her ‘beloved’ Jamie.

Jamie was all she went on about. Jamie this, Jamie that, Jamie’s playing a match on Sunday, Jamie’s taking me out tomorrow.

Jamie was all I heard about.

When that ambulance pulled up, that was my golden hour. The hour she cried. She mourned. She never believed in wearing black. Weekdays, she wore her sport uniform. Weekdays, athletic clothes.

In memory of her athlete girlfriend.

I drop the knife.

She’s still breathing, albeit weakly. I don’t make an attempt to resuscitate her.

If I want her to hear anything before she dies, I have to get it out now.

My mind is racing with Hollywood worthy one liners. Adrenaline is racing, tingles dancing across my nerves, causing my body to twitch in localised seizures. Taking away my reasoning, my morals. Primal rage blazes behind my eyes.

I must look psychotic.

I feel psychotic too.

What if I left her, left her with fear, fear immortalised in her last moments.

It’s evil, I know, but my mind has latched onto the thought, and started up a chant, a chant that’s threatening to explode if I don’t act on it.

“Two Shasharkans in one day. That’s a record.” The whisper slips from my lips, lips that don’t feel like mine.

Her sister isn’t dead, but wouldn’t it be funny if she was?

If she was dead.

Then I hear the sirens.

My head is throbbing.

The line is burnt into my head.

She’s not dead. Just taking a break. And I’ll see her later.

That, and the pages of Nicola Bell missing posters pasted into the pages of her diary. I wasn’t the only one who was obsessed with true crime stories. Maybe I got it from her. There’s a note on the side of a poster, written in a deep red.

There’s a letter I wrote last night, pinned beneath my head. I can’t read it, it’s been screwed up and scribbled over multiple times.

To my Sister. Too eulogy-ish.

To Delta. Too formal.

To The One I Never Met. Too depressing.

I don’t think I can even read the main body of the letter. There is one sentence, though. The sentence that’s been in almost every letter I’ve written.

Just an hour ago, I’d come so close to breaking up with him.

I don’t know why.

No doubt the empty bottle is still in his locker. Over the counter, I think. Steroids. It was full this morning. I think of the ones he got me; the ones that won me the Chess Championship. That got me my grades.

He had his big game today too, even if it was rugby, and not chess.

But he collapsed, out on the pitch.

I told him to stop, told him he shouldn’t. He yelled at me, told me I knew nothing.

I know too much.

But I’d never tell him.

Why would I ruin my life for his?

Why would I point out all his scars, only for him to find mine?

Why would I reveal all my knowledge?

It’s falling towards self destruction, quicker than it should be.

I get back to my dorm, and I deal with this the only way I know how. With a needle. I drive it further and further into my veins, relishing the pain, anticipating the ecstasy that’s soon to come.

But it’s not enough today.

Maybe it’s because I know it’s costing me. He’s died, now. I know each time I pierce my flesh, I’m playing with death. I could die, now. Maybe….maybe that would be for the best.

The scars on my arm just remind me that I wouldn’t even be able to do that right.

I grab my coat, the long, loose one with the hood, that makes my figure unrecognisable, and I start off to the pub.

It’s a last resort. I hate that place. But if I get numb enough, I’ll forget by tomorrow.

Or I won’t, and I’ll have wasted everything for nothing.

Still, it’s worth a try.

I set my drink down, staring at the corpse lying feet away from us. I turn to Julia. She’s always been the sensible one, the smart one, no matter how inebriated.

There’s a syringe lying inches away from her hand, rolling slowly across the floor, drink half finished.

Even I knew who she was. Her boyfriend died earlier today, out on the court. Really neither of us were surprised to see her here. The way she was drinking, this pain was worse than the average student’s exam stress.

This was much worse.

Her drunken ramblings didn’t set in to my alcohol soaked brain.

All I knew was she was annoying. And wanted to die. She’d cut once or twice. But she never had the courage to go further. So I told her she might as well try. There’s no time like the present.

I told her that, and much more.

Still, I find myself yelling at Julia.

She shouts back, and I know exactly why.

“What do mean ME? This is you, Charlie. This is all you. You’re drunk. God, you’re so goddamn drunk.” Her voice cracks and shakes, the remnants of a disbelieving laugh buried deep beneath the anger.

I just stare into her eyes.

“Well we have to do something about this.” She says, pointing at Nicola.

“You know what? Just…just get her in the car. I’ll drive. If we get stopped, we can say she’s passed out.”

“But-“ I finally get a response out, even if it is cut off.

I stare at her again.

“God, I don’t know! Did you think this was the plan? The plan was to just have a good night! I- just get in the damn car. Get in the car. Now. Please.” She starts to break down into uncontrollable sobs.

But I do as she says.

Nicola lays in the back, disturbingly cold, despite her bloodstream being loaded up with heroin and alcohol. The heroin she slept with men to get. Men much older than her; even teachers, just to get an hour or two of bliss. The alcohol she thought would dull her pain. That would end up being her downfall.

Julia drives, clutching the wheel so that her knuckles go white. I keep a constant eye on the side mirror, scanning for any flash of blue, of red, any siren.

There never is any.

But there’s still alarm bells in my head.

From any material threat, at least.

She starts to tap on the steering wheel, whispering to herself. I don’t know what it is.

I might forget half the night, after I go out most of the times. And this is not going to be one of those nights.

The only time it’ll be a curse rather than a blessing.

Nicola and her secrets are safe, as they roll over into a grave. A grave beneath a rugby pitch. The pitch where her boyfriend died, a grave where nothing can get to her. 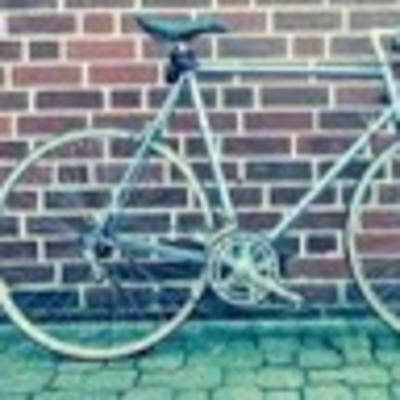 Wow! I was hooked from the first few lines with the way you wrote the blood was 'leaking' out of her, it's so jarring and really pulls you in. I love how there's a feeling of dread all the way through, like something's chasing you. Great job!

Thanks so much, Helen! I’m glad you liked it.

Wow. It’s so dark and sad and I LOVE it

The other parts to this story: Part One: Faithwood Boarding School for Girls (it’s old and the grammar sucks, I know) https://blog.reedsy.com/creative-writing-prompts/contests/64/submissions/39148/ Part Two: Unspoken Conversations https://blog.reedsy.com/creative-writing-prompts/contests/85/submissions/58644/ Does this really fit the prompt? I’m not sure, in the context of the story it kind of does, seeing as new information is being revealed to the characters but not the readers, other than Jack’s existence.