No! It had happened yet again! As he slowly awoke from the deep sleep, Father Tomassi first felt fear, next anger, and then the waves of shame as he sensed the warm wetness through his pajamas and on the bedsheets. This was the third time this month and the month still had almost two weeks left in it. He tried not to recall the dream that had caused yet another unwanted nocturnal ejaculation but he knew deep down that it was the one that had been plaguing him since adolescence: the one about his junior high school teacher. The dream he hid in embarrassment from the world most of his life. But it was also the one that had led him toward the road to becoming a priest.

Tomassi rose from his wet bed, grabbed a fresh pair of pajamas, and headed into the bathroom to clean and change. “Why does this keep on happening?” he asked The Lord. And as usual, The Lord did not offer a reply to the question he’d asked. God may work in mysterious ways, but in Tomassi’s experience, He wasn’t such a talkative fellow. In fact, much to his consternation, he’d never ever heard the sound of His voice.

“Heavenly Father, is there a reason for this insufferable occurrence? Is this a part of your plan for me?” Again, the clergyman heard nothing but the sound of running water as he removed the wet pajamas, placing them in the empty bathtub to deal with in the morning, then quickly washed and cleaned the stickiness from his now naked self. “If you’re not going to talk to me, couldn’t you at least give me some kind of sign?”

The lights in the hallway and Father Tomassi’s bedroom were still lit, so he knew there hadn’t simply been a power outage in the neighborhood. Indeed, perhaps this was the way The Almighty was giving him a sign. But what did this sign mean? Feeling around for a towel in the dark the man of God found one to dry himself with. Once dry he wiggled his way into the fresh pair of pajamas he’d carried into the washroom from his bedroom. Upon leaving the restroom Tomassi, out of force of habit, almost flicked the light switch to the OFF position even though the light was already off, but thought to himself if it’s already off then why bother.

“What are you trying to tell me, Lord? Am I to interpret this sign to mean that this dream and its undesired sexual climax occur because I’m living with darkness in my soul? Is that what you’re trying to tell me?” he inquired as he traveled the short distance through the hall back to his bedroom where he stripped the soggy covers from his bed and replaced them with a set of fresh, dry cotton sheets. When the bed was remade, the puzzled cleric turned off the remaining lights that were still on and climbed back into the sack. Once again not a peep from the deity he piously served and worshipped.

Laying his head again upon the pillow the preacher pondered, “If there is a darkness dwelling within my soul, how am I to go about replacing it with your light? Hail Mary full of Grace, The Lord is with thee. Blessed art thou amongst women and blessed is the fruit of thy womb, Jesus. Holy Mary, Mother of God, pray for us sinners, now and at the hour of our death. Amen.” the rector hurriedly muttered for good measure.

At the exact moment, he came to the conclusion of the Hail Mary prayer the bathroom light went back on!

Getting out of bed another time the holy man embarked on the journey through the hallway to the water closet, flicked the light switch to the OFF position, and then back again to bed. Along the return trip he stubbed the big toe of his left foot on something and in a combination of pain and frustration began to utter an angry curse, “Godda…”, but before he could fully use his creator’s name in vain, he regained composure and said instead, “Oh Jiminy Christmas!” in a bemused whisper.

Perchance the signs that God had given him were more a lesson than a message. Had his maker just taught him that instead of needing the understanding of why one must endure the trials one is tested with that one should embrace them as teachings? The take-away lesson may be that there are parts of his master’s plan he’s neither entitled to nor needs to understand. What an ecclesiastic soul must do is accept what obstacles the Holy Spirit places before them, then employ these obstructions as a method to improve one’s own self. That was it—acceptance!

Back in bed one more time Father Tomassi turned off the lamp on the bedside table and tried to return to sleep, thinking, well, if that’s what the King of Kings wants from us, I imagine that’s what we should want for ourselves then. The last thought the padre could remember prior to falling back to sleep to dream anon was, our Father who art in heaven, I have accepted what you wanted me to learn, so please by your good grace prevent me from dreaming that horrid dream and soiling myself again. Please Heavenly Father, your humble servant only owns but two pairs of pajamas! Amen. He just hoped and prayed he could get through the rest of the night without another accident.

﻿And with that, Father Tomassi returned to a state of restless and fitful slumber, blissfully unaware that the light in the bathroom had flickered back to life anew.

nice message- good flow, too. you convey the priest's emotions very nicely. the actual conflict is an unneeded touch. sort of takes away from the purity of the story. you could've made it wetting the bed, or something. it would've added to the actual conflict. all in all, great job. thanks for following me, by the way! :D.

Thank you and you're welcome, Kate. 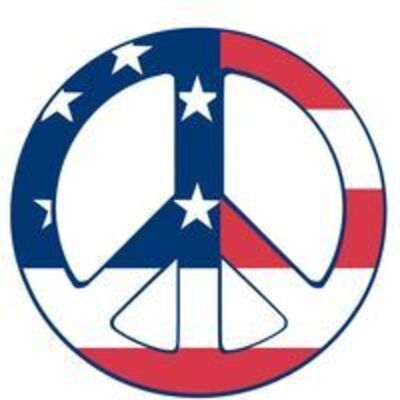 Firstly, I would agree with Kate in so much as the 'particular' subject-matter chosen, after having been raised a Catholic (Baptism, Sunday-School, Alter-Boy, Catechism, and the like), was a bit outside of my comfort-zone, which isn't easy to do at all so, BRAVO SIR! - I can surely understand the choice. I thought it showed his/a sense of reverence and ability to 'clean-up a sticky mess' (pun intended) that the Church may not always be willing to address or even handle. That said, it just wouldn't have been as Socially, Religiously or Con...

Mark, thank you so much for your well thought out observations I have read and enjoyed your work and look forward to reading more of it in the future.

Your style of writing is excellent and the way your story flows is smooth as silk. The inciting incident had me rolling as well. Great job all around!

So glad you enjoyed the tale and many thanks for your support.

I see a lot of folks suggesting urination but I wouldnt have clicked the story without the title, it was hilarious and the story made me laugh and enjoy reading. Particularly loved the synonyms 'padre'. As always great storytelling.

So glad you enjoyed this, Eric, and thanks for your kind and encouraging words of support!

Katharine, thank you for your thoughtful feedback. I will most certainly take these recommendations under serious under review,

Join this: https://www.guilded.gg/i/0k80xDmk Oh no... ouch. I definitely teared up by the end. I really can’t say enough good things about this story. I’m a Chinese-American young woman - who has a fondness for Mandarin scattered throughout English - so it especially hit hard for me. You captured so many bits of the culture incredibly well: 哥哥, 妈妈, offering food as a comfort tactic. All of it feels so loyal and true to real life. I absolutely love the tie-ins to other Chinese characters too. It’s a funny language. (I created my pen name with...

Thank you for sharing your thoughts with me, Ryan.