Not so Princess Grace

Submitted for Contest #91 in response to: Set your story in a library, after hours.... view prompt

I regret my decision. Why’d she drag me into this mess. I told her this was a bad idea. I could feel the biting air rush under my shirt to my skin. The temperature had to be below zero. Grace silently made her way towards the window she left open in the library a few hours prior. I watched as she smiled at me and climbed through the window. And suddenly, she disappeared. I called her name and she called back, “Hurry up, loser!” Wow, such a princess, am I right?

It’s too late to turn back now. I struggled my way through the window. How’d Grace make this look so easy? I don’t have the athletic ability to sneak around. After a few minutes I made it — clumsily. Being in a library at 1:42 AM is a weird feeling. An emess silence leered on me. Almost like a paradox universe. A feeling of bliss, as Grace would describe it. I didn’t find any of this to be blissful. She took my hand and pulled me down onto the couch. It wasn’t exactly a seat fit for a king, but again she’s no princess and I'm definitely no prince. Why are we even here? How is a library so entertaining to a girl who throws away the homework we get?

Grace sprung up from her seat and started wandering down the isles. Here we go again. “What are you looking for?” I asked. I received no response. Could she not hear me or was she choosing to be a brat. As she continued to ignore me questioning her aimless actions, she started sprinting. Weaving through the hundreds of shelves within the campus’s library.

“Catch me if you can!” Grace called. There’s nothing better to do than follow. As she continued to call my name, I struggled to find her in the labyrinth of novels. I slowed my stride to an overly relaxed walk. Out of breath, I leaned against an old wooden shelf. Smack! Grace came crashing around a corner into me. Her stupid giggle filled the air. It was a nice break in the silence.

White light peered through the books. Grace, unphased by the light, continued to laugh. I whispered her name and she slowly quieted her laugh. She noticed the light and whipped her head back towards me. Eyes so wide I could see every speck of brown hidden in her emerald green eyes. We’ve gotta go.

“Let’s mess with him.” she said. Before I could contest, Grace leaped up and headed towards the back where the books lay untouched. “What’re you doing?” I asked with extreme concern. As she filled her arms with books she murmured, “Watch this.” I follow her past 5 shelves. She took a book off one of the shelves. It’s a hard cover copy of Catch-22 by Joseph Heller. Again, I asked “What are you doing?” No response, just a glowing smile pasted on her face. I’m going to get in so much trouble, aren’t I? She walked to the very back of the library, pulled her arm back, and threw the book all the way across the library. So we’re just throwing books around now?

“Hey!” the security guard yelled from the front of the library. We could hear his footsteps heading towards us. We’re going to get caught. Grace, as stealthily as possible, made her way around the back of the library to where she left her pile of books. I followed her to the entrance of the library with a stack of books in my hands. I still don’t know what’s going on. As she started opening the books and placing four at every table, she looked at me and said “What’re you waiting for? Get started.” I just want to get out of here.

As soon as we got to the last table, the security guard walked through an isle on the east end. Run. I panicked. Books tumbled out of my arms and all I could think to do is run. So, I sprinted to my right through shelves. I looked behind me for a split second and saw a flash of Grace running the opposite direction. She’s going to get caught. The security guard attempted to catch up to her. I needed to find a place to hide and I knew the perfect spot. The single seated room on the second floor where no one would dare to sit in—because that’s my room. Wow, I’m such a nerd that I know secret rooms in a library. I took my time walking up the stairs to not be heard when someone grabbed my shoulder. In fear, I spun around to Grace’s worried eyes. I grabbed her hand and dragged her to the room with me where we waited and watched for the security guard to leave. I can’t believe that worked.

As he steps out of the door and locks it behind him, Grace and I sprung up. “We should go,” I had said. Grace agreed, so we made our way back to the window. Finally time to go home. Thank god. Before she climbed back out, she turned around and looked at me. “You know, you’re not as boring as I thought Thomas.” She grabbed my wrist and pulled me down to give me a kiss on the cheek. I watched as she climbed out the window. “I’ll see you tomorrow idiot,” she said while smiling. Tomorrow? Again? Do I have to go through all of this again?

By the time I had climbed out of the window, she was gone. That girl’s fast. My whole walk home was filled with a world of emotions. Why would the cheer team captain want to hangout with a library nerd? Shouldn’t she be with some football jock or a frat boy? After a 15 minute walk I finally got to my dorm room. As I reached for the door handle, a light pink post-it note caught my eye. “Call me idiot 555-446-2830.” I guess the good guy does win sometimes. 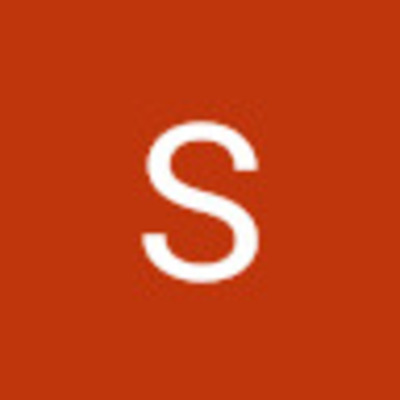