The Most Beautiful Accident

Raghav had missed the first train to Kolkata and had to kill an entire day before the second and last one was scheduled. He decided to go back to the library that had been his home the whole last week. He first had breakfast and then eventually walked his way to the Darjeeling Town Library, a beautiful one around the south end of the city.

The whole last week he had surfed politics and current affairs in that library, but today was not quite the day for such reading. He felt casual and happy, so he decided to find himself a light- hearted comedy, maybe even a romantic one. As he was running his fingers on the 3rd shelf of the fiction block, his eyes caught a shocking sight. A book called “Toy Train- an anthology of Short stories by Raghav Tomar” was placed in the middle of other light hearted romantic fictions. It was obvious that he couldn’t believe his eyes. His blood started flowing faster than ever and he was looking at the book sharply to make sure he had not made a mistake in reading the title. He pulled out the book and opened the first page, followed by another. His fingers finally stopped turning pages when the index page appeared. He was in for one surprise after the other. He remembered writing five short stories but the index said there were six stories in the anthology after all, the last one titled “Accident”. He did not care to even take a glance at the five stories he remembered writing, and speedily turned pages to open the last story. He had nothing else on his mind, just the final story. He put on his specs and started reading the story.

“I was late to catch the early morning train, yet I couldn’t afford to miss it because it was the only train from Darjeeling to Kolkata and it ran biweekly. I rushed to the platform because I wanted some spare time to buy some snacks. I did reach the platform when the train was still placed, but by the time I bought some snacks and beverages, the train had already started to move, and slowly gain momentum. I remember running harder than I had ever ran in my life, and when I finally managed to hop on one of the carriages, I realised it was dead empty. Not a soul, not one on that particular carriage. First, I thought it could be a military carriage and that I should change carriage at the next stop, but I love solitude and I decided to take my chances. As I sat down, the train left Darjeeling station in the its entirety. The next station, the name of which I still don’t remember, did in fact become a reason to remember this trip to Darjeeling, forever. She hopped on the same carriage as mine, noticed it was empty as a desert, noticed me and then walked all the way to the compartment next to mine, and took seat at a position clearly visible from mine. She was the most beautiful person I remember ever setting my sight at. I don’t particularly remember anything else, but she had pretty eyes, really beautiful eyes. She had a face as plain as any, but the expressions that lay on it were complicated and stunning. It was as though she was at peace with life. It was as though nothing could disrupt the peace that lay in comfort on her face. I could see her looking at the world outside the window. I could tell that she knew exactly what she is looking at. She knew exactly how she wanted to see things. I wanted to walk to her, ask her permission to sit next to her and talk, but the writer in me kept stopping me, kept begging me to never do this and make this a story to regret. The writer in me emerged victorious, I didn’t get up. She did neither and it was in no time that the train entered the platform number 8 in Kolkata Junction. I looked outside the carriage before again looking towards her. She was asleep. She was innocently dreaming, I guess, of me. I unchained my bag and took out a diary of short stories I had written while I was in the North-East. I wrote my name and e-mail on the last page and kept the diary next to her. I took one final glance at that innocent dreaming face and walked my way out.”

Raghav had a smile all over his face. Even the hair on his head could feel that smile. He rested his head on the headrest to remember that day of his life. Memories came around. He kept on smiling and blushing as though magic had hit him. He leaned in again, turned the page. The story wasn’t over yet.

“We met again, of course, but not because of the e-mail that I left in the diary. We met by accident. A few years later, I was in Kolkata for work and one fine Monday afternoon, I wanted coffee so I found myself in this really beautiful café named ‘Sasha’s Coffee’. She was there, serving coffee. It was her café. I saw her and she saw me. I wanted to undo my mistake and walk to her, but this time around she came walking to me. We met again, or we finally met.”

Raghav head was blown to little pieces from inside. He took out his phone and called his acquaintance in Kolkata.

“Is there a Sasha’s Coffee in Kolkata?”

Raghav’s heart was pumping, blood about to burst out of body as he started reading the final sentence of the book.

“Love is not as simple or as complicated as e-emails after all. It is your chance. It is the most beautiful accident of your long, larger than life, life.” 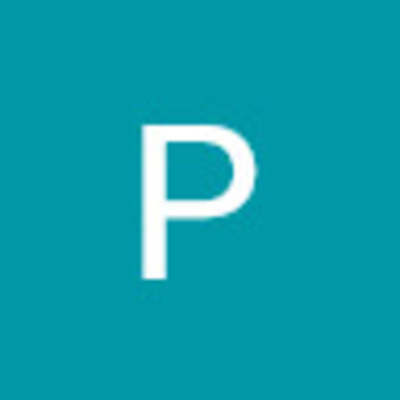