Everyone walking across the soaked grounds of New York produced little indifference for the rain, everyone that is besides Dyson, a young businessman. Dyson Doesn't have the same pep in his step, mainly because he’s from New Jersey. With his business venture cancelled he wondered why he was still walking around, especially as his plan white buttoned shirt started to soak through. As he looked around for a coffee shop he saw a modern building and dove inside.

“Hi, are you looking for a specific book or can I guide you to one you may be interested in?”, a library assistant asked in a sing- song voice that has been practiced into her routine from years ago. Dyson Shook his head, looked outside at the downpour, and mumbled a quick no.

After fifteen minutes of waiting Dyson realized the rain wasn’t letting up, and neither was his impatience. After another fifteen minutes he got up to walk around the library. Although he assumed this building was at least two times bigger than the library near him this was only a smaller “local” library. Trying to get lost in the “A” section he thanked the architect that libraries aren’t made to be mazes, and made his way around the rest of the library. When he got back to the front after passing people of all walks of life he noticed the sunny sky and went back into his normal stride with his head down as he walked out the building. At least that's what he thought he looked like, but the librarian leaned over to her co-worker and asked what has him with dreamy eyes.

The next day Dyson convinced himself he still had business to do in New York, even though he had deadlines back at home. He found roaming around the streets much easier with the sun replacing the gloomy clouds from the day before. Learning from last time Dyson grabbed coffee and walked back to the library. As he entered the building he recognized a similar group to the one that was engrossed in their books from the day before even with it being a beautiful day. He wondered why anyone would sink so much time into books when almost everyone has millions of on demand books in their pockets. In search of an answer he picked up a book to see how long it can hold his attention for. Sitting across from the main table where most of the students, researchers, and contributors read. Marking the time at 5:30 Dyson started reading a book looking back on the 2007 financial crash.

An hour goes by, the table across from Dyson is vacant besides for one girl, and Dyson was surprisingly on the last page of the book. When he stops staring at the lone person across from him, Dyson returns to finish the book only to lose interest in the words as fast as he got through the book. Confused on how he lost so much time Dyson began walking towards the door when he was stopped by the friendly lady behind the desk.

“Hi, you seem to enjoy reading. How would you like a New York library membership?”

Dyson responded with a no and explained how he didn’t really enjoy reading and that he was from New Jersey anyways.

“Oh that’s too bad” the lady responded, “can you at least tell me how the book was, I’m not well versed when in the business world.

This is where Dyson’s brain went completely blank. He knew he supposedly read a book about the state of affairs leading up and succeeding the great crash he couldn’t bring forth any of the information. All he was able to pull together was a sly facade and a response claiming he needs more research.

As the sun was rising along with the tall New York City shadows Dyson sluggishly rose out of bed to make his other half sleep in a cup. As he finished his daily preparations which included brushing his teeth, combing his hair, and listening to a recap of daily events, he realized a space in his pocket strikingly empty. When he padded his pocket the nook in his pants sunk down simultaneously with his heart.

In order to find his phone Dyson didn’t use the sun for directions, but instead used the convenience of technology with the ‘Find My Phone’ app. Tracking it down he found himself once again in front of the Library, this time not by his own will.

Walking in he was hit by the quietness that he has quickly adjusted to over the past few days. Without even looking at his destination Dyson went straight to the Library assistant’s desk.

“Oh, how are you today”, Dyson's head snaps towards the voice as his focus comes off the main work tables, “are you sure you don’t want a library membership, you seem to enjoy that spot”.

Dyson responded not with a grunt of annoyance, only with an expression of indifference. He explains how he left his phone the next day and the lady quickly retrieves adding a reminder to continue reading every once in a while. When Dyson looked down he saw all the calls he missed from his boss imagining what kind of distractions they could have made for the other patrons of the library. As he dialed for the boss of his firm, Dyson started to go over the usual business lingo he spits back at his higher ups. The phone rang three times, with each one piercing through Dyson's entire being as the absolute silent nature of the library surrounds him until it was finally picked up.

Boss: “Hey Dyson, it was bought back to my attention that you were meant to be in the office as soon as your New York affairs were finished, is everything alright?”

As Dyson digested the simple question he began coming up with a viable reason on why he wasn’t back, but struggled immensely. Finally he came up with the reason for research explaining the details of the book that he couldn’t flesh out when he was first asked about it, at least that what he attempted. Instead when he thought about his response he saw half a vision in books and half a vision of the girl who was across from him during his supposed reading. As he was explaining his half fabricated story out loud he was continuing walking towards the tables as if that's where he belonged, navigating with the images in his head. Sitting down on the opposite side of his normal spot he continued talking now in front of a worn leather book. His boss left the phone, leaving it to one of the human resource drones to buzz in his ear. As Dyson tried to ignore the business talk Dyson thumbed through the book, until he finally left the library for good to make his commute back home.

Another rainy day, another walk, but this time around it was just a short walk from his car to the firm. Grabbing a coffee from the all to well known break room, unexpectedly longing for the longing scene. Getting into his almost cubicle he noticed for the first time it isn’t decorated with pictures or home mementos like many of his car workers have. As the day came to a close Dyson’s boss sent over the HR representative he talked to on the phone the other day. Dyson now waiting for the day to come to a close he thought he’d be happy for a distraction, but instead he was perplexed. Instead of being focused on the subject in front of him the voice he was hearing brought him back to the library in New York. He didn’t see images of statics connected to the 2007 crash that was in the first book, but instead had clear pictures of the second book he read. As he mentally flipped through the pages he realized the book was actually a diary, and that diary was written by the gravitational force drawing him back into the library for three days straight. He put together his lack of focus in some aspects of life, and his hyper analyzation in others as an ideological longing for unmaterialized dreams. He thought he went into that library to dodge a ravaging storm, but he ran into the key piece of mind.

Now Dyson is making his way back to a certain New York Library. 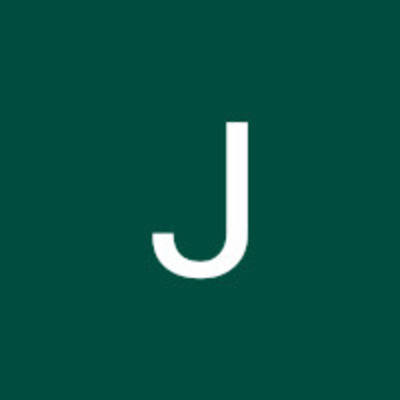