The Mystery Behind Rail Car 666

Ms. Edna Porter sat back straight at the librarian desk and gazed at the quiet but rather busy library. Robert 'Robbie' Webb's head popped between rows of shelves from time to time while he was putting books back from the cart.

She missed old Edward, who was her assistant for the past 30 years and retired last month. It took Edward a whole day to finish the same chores that Robbie could finish before her second morning tea. But there was pleasant silence surrounding old Edward while young Robbie's overzealous behavior was deafening.

Robbie approached the desk with an empty book cart. She knew he would ask for more work, so she pointed at some students, suggesting Robbie could help them find the books they were seeking.

Robbie ignored Edna's suggestion and continued towards her.

"I have finished putting back all the returned books," he said.

"Very good, dear," Edna said and sipped from her tea. "You can have a seat and read a book now."

"I have been doing the same work since I've started working here last week."

"Well, this is the job," she said, "and thank god you only work here part-time as a college student," she thought to herself.

"I have an idea. Look here," Robbie said and typed quickly, as a skilled pianist, on the new ADDS Viewpoint display terminal.

"Edward could never do that," she thought. She could not do that either. The most she could do was typing slowly with her right pointing finger.

"This is the list of overdue books; there are quite a few," Robbie said, and the green light from the 14-inch monitor reflected from his rectangular glasses.

"Sometimes it takes some people longer, but eventually they return the books. We give them the usual warnings, but we try not to make a fuss about it, dear." Edna said and finished her tea.

"Not everyone returns their books," Robbie said and punched on a number. "This book is overdue since 1970. That is almost 16 years ago."

Edna wiped her large round frame glasses and leaned closer to the screen. The book was called "Behind Rail Car 666" by Buster McBride.

"Can I go and look for the book?" Robbie asked.

"well, it's not part of your job description, but if that is something you want to do, I wouldn't mind," she said. "And I'll be happy if you go on a mission outside my library for a few hours," she thought to herself.

Robbie punched a few keys on the terminal and took a printout of the last known readers of "Behind Rail Car 666". There were only two.

The last reader of the book was Micheal Lewis. Robbie arrived at his house in twenty minutes.

The neighborhood was decent, but the house looked crumbled. The paint on the walls was decaying, and the grass in the front lawn was growing wild. An old lady was sitting in a rocking chair on the front porch, driving off house flies using a hand fan.

"Hello," Robbie stood in front of the house and waved the old lady. "I am looking for Michael Lewis."

"Are you a cop?" The old lady asked and examined Robbie. He looked too young and too skinny to be a cop.

"Mickey is gone. What do you want?"

"Can you tell me when he is coming back? I need to ask him something about a book."

"Oh, I thought you came to tell me about my son. I have been sitting here waiting for someone to tell me about Mickey, but all they send is a librarian." The old lady seemed disappointed and stopped chasing the flies away.

"I am sorry," Robbie said. "Did something happen to your son?"

"Mickey disappeared 16 years ago, in October 1970. He went out and never returned. The cops were looking for him, but eventually, they said he probably moved away to another country. They didn't know my Mickey. My Mickey would never leave me without saying anything."

"I am so sorry to hear that," Robbie tried to be as sensitive as he can. "Did Mickey, by any chance, leave a library book in his room?"

"A library book? No. Mickey doesn't have any books in his room," Mrs. Lewis said and smacked a fly with the hand fan. "There was only one book he was reading before he disappeared. He carried that book everywhere he went. He probably took it with him."

"I'm sorry, Mrs. Lewis, they probably asked you million times, but did Mickey say anything before he left?"

"He talked about a girl. He was agitated. He said something about a girl in trouble that he had to save. I think her name was Alice Flower, or maybe Alice Rose. But that didn't make any sense. He never knew any Alice, and the police couldn't find any Alice that was related to him."

The name Alice sounded familiar to Robbie. According to the book synopsis, Alice Rose was the protagonist.

"I think Alice is a character in the book he was reading. Did Mickey ever told you about the book?"

"No, he didn't. He was talking about Alice like she was a real person. He never talked about the book."

Robbie thought that Alice Rose, the protagonist from the missing book, might be the key to the whereabouts of Micheal Lewis.

He needed to know more about the book, but the synopsis wasn't informative enough, and he could not put a hand on another copy of the book. He needed to ask someone else who read the book.

According to the library records, the person who took and returned the book before Mr. Lewis was Mr. Joseph Myers. Luckily Mr. Myers was not missing and was still living in the same address since 1961.

Robbie arrived at Mr. Myers's apartment in twenty minutes and rang the doorbell. Joseph Myers answered the door. He was in his sixties but looked much older. His hair was white, his back was bent, and he used a cane to walk due to a stroke he had years ago.

Mr. Myers used to spend his time alone in the apartment. It has been a long time since he had a guest, so he was happy to invite the young librarian and talk about books over a nice cup of tea.

Robbie was interested in one particular book. "Behind Rail Car 666" by Buster McBride.

Robbie sat on a stained sofa, drank tasteless cheap tea, and listened to the story of Alice Rose.

Although he was old and slow, the book by Buster McBride was burnt in Joseph's memory. He could cite every sentence of the book, and talking about Alice made him feel young again.

Alice Rose was what the media called a "Flower child" in the sixties. After attending the Woodstock music festival, she went on a road trip throughout America.

"I fell in love with Alice since the first chapter," Joseph recalled, and a slight smile grew on his face. "She was a very loving and happy girl, but unfortunately, she was kidnapped and held prisoner in an old abandoned railway station." His happy face turned sad. "The book ends with her crying for help. The ending was unbearable. I wanted to leave everything and go look for Alice, but I couldn't do much in my condition. Eventually, I came to my senses and realized it was just a book, so I returned it to the library and moved on."

Robbie told Joseph about Mickey, who may have had the same feelings for Alice, and went to look for her.

"Do you know in which railway station was Alice being kept?" Robbie asked.

"I've done some research. There is an old train station at the end of the national forest just outside the city. It was operated by the coal company that used to run the mine until 1964."

Robbie remembered the railway station Joseph was talking about; he hiked in that forest and passed the old station once.

Robbie arrived at the old railway station after forty minutes drive and fifteen minutes hiking. He felt excited as he was getting closer to the missing book. He never knew working at the library could end up being the most compelling job he had.

The train station was a small one-story brick building, covered with vines, in the middle of a forest clearing. The rail tracks were only partially visible and covered with grass and leaves. A giant rusty locomotive stood abandoned on the tracks in front of the building.

Robbie looked around and noticed a rail car at the end of the clearing, behind a tree. He moved closer to the hidden rail car and saw a sign saying 'Route 666'. It was actually 'Route 1666,' but the '1' digit was wiped out and almost invisible.

He walked around the rail car. Behind it was an old wooden cabin. A dim flickering light and a slight sound of tapping came out of the cabin window.

Robbie pushed the door slowly and entered the cabin.

A man was sitting with his back to the door, in front of an old vintage typewriter. A candle was burning near the typewriter, casting a great shadow of the man on the wall.

The man was wearing smelly rugs, like a homeless bum, and was enthusiastically engaged in typing. Finally, he reached the end of the page and stopped.

"Welcome, Robert," The homeless bum greeted Robbie and turned around.

Robbie lost a breath and stuttered, "How do you know my name?"

"Sorry for being so rude," the bum smiled behind his beard and took a small bow. "Allow me to introduce myself. My name is Buster McBride."

Robbie recognized the name of the missing book author. He had so many questions, but he couldn't find the words. McBride was aware of the situation and offered Robbie a glass of water.

Robbie took a deep breath and regained his senses.

"I was looking for your book. I followed the leads of Alice to this place, and I thought Michael Lewis would be here too."

"Mr. Lewis was a good man," McBride said quietly, "but he couldn't save Alice."

Robbie was afraid to ask where Michael Lewis was. He was scared he knew the answer. So instead, he asked about the book.

"Can you tell me where I can find your book?"

"The book is gone, Robert," McBride said, and the shadow on the wall grew bigger, "but I have just finished the sequel. I hope you like it because you're in it." 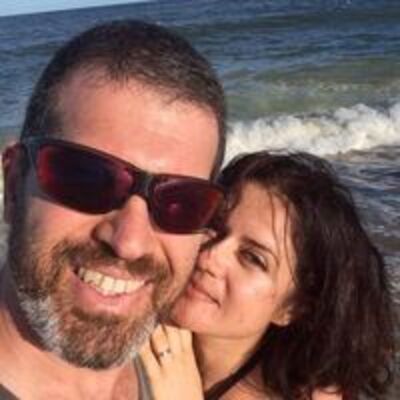