Submitted for Contest #91 in response to: Write about a character who meticulously catalogs everything in their life, until something disrupts their system.... view prompt

Olive Rose had a plan. For everything. She planned her outfits, her meals, and even who she would marry, although she hadn’t met him yet. He would be practical, like her, and responsible, predictable too. Olive didn’t like surprises.

Before her feet hit the floor each morning, Olive reviewed her list for the day. Her handy, leather-bound journal was filled with lists. It gave her confidence and security knowing what to expect.

Growing up her life had been messy, due to her free-spirited mother, who managed to uproot their life on a whim.

Now at 30, her life was her own, and she’d lived in her same, little apartment for 5 years! She was fairly happy, if not a little bored, but she would take a slightly dull, predictable life over breezy, free-spirited chaos.

Olive dressed for work in her favorite Friday outfit - sensible black pants with a plain tan blouse. Her shoulder-length light brown hair was parted on the side and rarely strayed from this style.

As she headed out for her morning coffee run, Olive Rose dodged her neighbor’s cat, who always seemed to be lurking in the shadows.

A warm, spring breeze ruffled her straight hair, when she realized she would be rather warm in her black slacks.

The aroma of fresh coffee greeted her as she entered her favorite morning shop.

“One cinnamon chai latte coming up,” the clerk smiled, when he saw her. Dylan was everything Olive was not. Carefree, outgoing, and funny, but he always made her latte just right, so she was glad to see him at the helm.

“Do you have fun plans for the weekend?” he asked, shoving his long hair from his eyes.

“Sure,” Olive answered, without elaborating. She couldn’t wait to start her new novel and planned to read all weekend. Books were Olive’s one concession. They could be adventurous and wild and wholly unpredictable, the more so the better. Living through books, life was contained to the pages, while her orderly life remained so.

“What book are you reading?” Dylan asked, while he rang up her order.

“Oh, this is just my journal,” Olive told him, holding it up.

“Aah, but you’re a reader too, aren’t you?” he asked, handing her the order.

“I am,” she smiled, politely. Was he flirting more than usual? This thought unsettled her, never having mastered the art of flirting herself. Olive Rose found herself slightly tongue-tied. All her thoughts and opinions seemed to vanish around him.

“Have a great weekend,” Dylan called to her as she left.

“You too,” she said, holding up her drink, her back to him.

Olive Rose didn’t know what to make of his attention. Was he teasing her or making fun of her or was he just a nice guy?

These thoughts were milling in her head as she stepped off the curb to cross the street. The next thing she heard was tires screeching and was suddenly knocked to the ground - her possessions flying out of her hands.

“Oh my God are you alright?” a bystander yelled. As a crowd gathered around her, Olive’s green eyes fluttered then closed.

The next thing she knew was the sound of the ambulance blaring and the kind eyes of the EMT who sat beside her.

“You’re going to be okay,” he assured her.

When she awoke next, it was to the glaring emergency room lights, and a nurse typing on her monitor.

“You’re awake,” she smiled as brightly as the lights. “You have a slight concussion and a broken arm,” the nurse informed her. “You’re going to be pretty bruised, but nothing serious,” she continued. “I’ll let the doctor know you’re up.”

“Where’s my stuff? My purse?” Olive asked, in a hoarse whisper.

“Your purse is right here,” the nurse said, handing it over.

Olive’s head was pounding, and her bandaged arm ached. As she quickly took inventory of her purse, she began to panic. “Where’s my journal?”

“This is all you came in with,” the nurse informed her.

Olive’s life was in that journal! All her plans!  A slow realization rolled over her and she began to fill up with anxiety that threatened to undo her. She didn’t know what to do without her lists. Suddenly she was free floating without a plan. Her heart began to race, and she tried to take deep breaths like her mother always suggested when she went into a new school. Olive had attended 6 elementary schools during her formative years.

Locating her cell, she called work to let them know what happened, which was unheard of because she never missed work. Olive prided herself on her punctuality.

“There’s someone here to see you,” the nurse, whose name tag read, Shelly, returned. “He says he’s not family but a friend.”

“Oh, okay,” Olive mumbled, feeling as lost as ever.

“Hey there!” Dylan said, popping his head around the curtain. “Glad to see you’re awake.”

“You!” Olive said, more confused than ever. She hardly knew Dylan.

“I heard the accident and rushed outside,” he told her. “You’re lucky to be alive. Here is another latte. I think you’re wearing the first one,” he smiled, with a shrug.

“Thank you,” Olive managed to say, taking a sip. The drink did little to relieve her pain, but the familiarity calmed her a bit. “What are you doing here?”

“I didn’t want you to wake up alone,” Dylan said, brushing his hair out of his eyes. “I know it can be scary waking up in a hospital. One time I crashed my snowboard, and I was miles from home. I broke my leg in 2 places,” he admitted, rather proud.

“Can I call anyone for you?” he asked, so sincerely, Olive knew he meant it. He wasn’t just playing at being nice.

“I need to call my mother,” Olive said, dreading having her fluster around her like a flighty bird. Olive didn’t know what to do, and she couldn’t make a list because her right hand was in a cast and her journal was gone, so she started to cry.

Dylan patted her hand awkwardly, which almost made her laugh, because he was usually anything but awkward. “It’s going to be okay,” he promised.

The concern Olive Rose saw in his eyes, made her cry harder instead.

“I know,” she admitted. “I don’t handle surprises well,” she confessed.

“That’s okay. You got hit by a car,” he pointed out. “That would make anyone cry. Do you want me to call your mother for you? I’m good with moms,” he added.

“Okay,” Olive sniffled, and gave him her mother’s number. “Tell her she doesn’t need to come to the hospital - that I’m fine.”

Dylan stepped out of the room to get a better signal.

“She insists on talking to you,” he said, coming back in a few minutes later and handing her his phone.

“Who is Dylan?” she wanted to know.

“A boyfriend? You didn’t tell me you met someone,” she sounded hurt.

“Mom! Mom! He just came to check on me. He was there when it happened,” Olive tried to explain.

“Well, I’m the owner, so I don’t have to rush back. Josh and Ria have it covered.”

“I know,” Dylan laughed. “Most people think I’m just a wannabe ski bum, who lives paycheck to paycheck. I was for a while, but then I got tired of the lifestyle, so I opened my shop. As the boss, I can still make time to ski, but now I have a nicer apartment.”

“Truthfully, I always insist on making yours,” he admitted. “So I can have an excuse to talk to you.”

Olive Rose was truly dumbfounded. She couldn’t believe someone so cool and interesting would do that for her. Maybe losing her journal was a good thing? Perhaps it was time to put down her lists and stop planning, and start living in the moment? 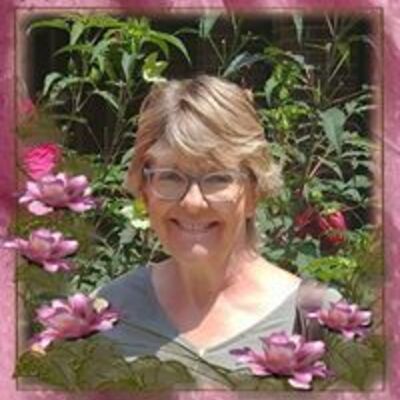