An Untold Version Of Love

Few wilted leaves on my face conveyed implicitly. But, all these years I am curiously waiting to enjoy a Spring season in my life. Unfortunately, I couldn't. I guess my life would turn more and more bitter. Maybe, from Ugly to Grotesque. Wondering isn't?

Well, I brief. My name is Marvin. People call me as Ugly and they say my physical appearance perfectly matches with my name. There's a saying, Don't judge a book by its cover. But, people won't. Many detest my shadow colored appearance and always throw a sarcastic or scary look at me, and they never try to explore my innocent character. I could easily predict what their perception about me by their weird gazes. Sometimes, it hurts! Especially when people start to praise and appreciate the cuteness of BB — Blue-Eyed Beauty. They always consider her face is their lucky charm and my face is merely an evil generator.

Blue-Eyed Beauty is her nickname. Her real name is Bella.

"Dear Creator. You are biased. I hate you.", I always used to curse that personality.

In the midst of my despair. My only bliss is ‘BB’. Yes! The same Blue-Eyed beauty. I used to call her as 'Beauty’. Except prettiness, we both have got some similarities as well. We are like vagabonds. No proper residents and caretakers as well. At present, we are residing in an old library. My owner Fika always wants Beauty to sit near the billing section, and she always wants me to stay away from her. Maybe because of the same reason — Lucky charm. Anyhow, I strongly believe that someday this world will only fall for a good heart and, not for the face.

Among these wicked people my blue-eyed beauty is a unique creature. She never considered me as unlucky. Bella always greets me with her evergreen smile. Her eyeballs always darts on me. The warmth and care in her eyes are silent healer for my scars. I am sure, she won't hate me for what I am.

Sometimes, I wish to go down on my knee and ask, “Will you be my life partner? But, I couldn't. Because, the fear of rejection makes me stay silent. That's my life's story. It may sound horror but, I am sure that whoever reads my tale will stumble on an incredible turning point. Trust me. Their worst destiny will transform as a fairy tale.

"Crazy character! These fictional novels and dramas are humbug. The real life prince and princess are contrary. All they want is hand full of dollars and beautiful face. None will pick an unattractive person as their better half.", Naomi's heart muttered. She chucked the book towards the bookshelf with some sort of discontent.

Her eyeballs began to chink through the transparent glass window. "Wait. What?", It widened and paused for a second. What a surprise! Her favorite director and, award-winning filmmaker Cyrus Denver was standing outside the library and chatting with the librarian. Naomi's heart was urging her to meet Cyrus in person but, the hesitant waves from her brain blocked Naomi to stay away from him. She decided to observe their conversations from the library window.

"Heard that you have bagged the copyrights of Author Kim Matiyo's book. I am a big fan of his books. Especially 'Ugly Marvin’ and ‘Blue-Eyed Beauty’, His imaginations has done a magic. Enjoyed it.”, Said Kaira Liam - the librarian.

"Liar. I am pretty sure that she didn't read those books. Every time she claims herself as an avid reader. What I could see is, she opens the book either to enjoy the smell of new books or to dust the old books.", Words of the librarian triggered Naomi's temper.

Kaira was inquiring about his next project. She deliberately wants him to make a movie based on the novel Blue-Eyed Beauty. To her dismay, he answered adversely.

“You are partially right. It would be a collaboration of Matiyo's two books ‘Ugly Marvin’ and 'Blue-eyed Beauty’ In precis, the trending blue-eyed beauty Bella and ugly Marvin are going to exchange their rings.”

Bella is a mermaid, Marvin is a ghost and least liked character as well. Turning Ugly Marvin novel into a screenplay will not go smooth among the audience. Pairing ugly with beauty is going to be a disaster - Kaira's thoughts.

"You are wrong. Still, There is no standard definition for beauty. If you think, tall, curvy, and snowy look is attractive. I would say stout, short and unlighted complexion is gorgeous. Everything is based on our perceptions. All humans are exquisite in their own way. Fall for a good heart not, for the face.", Said Cyrus.

Seems he is a mind reader. Naomi grinned.

Though Kaira is not convinced about blending the novels together for a movie. She inquired about the stars who are going to play the lead roles in the movie.

"Awesome! Cyrus is going to play Marvin's role. What about Bella?", Now Naomi's heart was pounding rapidly to know the name of the star girl.

Cyrus made a semicircular turn and some steps of walk on the lawn made him land before the glass window where Naomi was witnessing their conversations.

"God! It appears like he has noticed my presence.", When she is about to hide herself..

"Any guesses?", His gesture placed a query in front of Naomi. She shrugged her shoulders. "Maybe his rumored girlfriend Hazel.", Her heart murmured.

"I have underestimated your love.", Naomi's eyes appealed for an apology. To her surprise Cyrus went down on his knees and disclosed his love in sign language, "Will you marry me?"

Naomi's joy knew no bounds. She never thought that someday love will knock her doorstep along with her ambition.

Tears rolled down from Naomi's eyes.

She ran near to the bookshelf where she read the novel named, 'Ugly Marvin'. She grabbed the book and began to flip the pages. To her astonishment the chapter which she has read previously is showing an entirely different content now.

"May I know the name of your upcoming movie?”, Kaira asked.

Eventually it's time for the world to perceive the sweetness of sign language. Naomi read the lines under the same title. 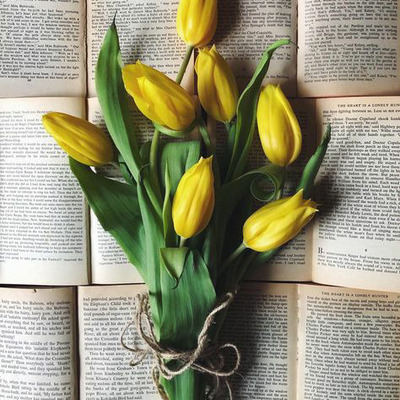