“Let’s pretend, just for a minute, that I believe everything you say,” Officer Scott Wilde began, pushing the evidence bag toward Nikolaus as he edged about uncomfortably in his plastic chair. “The whole story, from the beginning. What is so special about this.” The clear wrapper of the bag chuckled as he pressed it and Nikolaus flinched before speaking. “It’s too complicated and…” He paused before continuing, “Outlandish for you to understand. If I tried to tell you even half the story, you’ll either loose interest or try to get me sectioned.”

Officer Wilde raised his blonde eyebrows and smiled encouragingly “Please Niko, can I call you Niko? Try me.” Niko twirled his long dark hair between around his index finger for a while, his eyes constantly flicking back to the book. “It’s not a major crime, body-snatching, but it turns a few heads…”

“It wasn’t the body I needed.” Niko interrupted irritably before nodding to the bag on the table. “It was that thing.”

The thing he referred to was a book bound in what appeared to be moleskin with a strange yellow sigil on it, like a twisted question mark, or several fused eyes looking in indeterminable directions. “So, it’s robbery then? Because that is a little more serious.”

“If it is robbery, you accuse me of sir then I will take it on the chin. But please do not detain me for anymore that what you need to because I really must be on my way, and that must come with me.”

Niko expressed an unreadable expression of both astonishment, horror and pitiable anguish before lounging back in his chair as if all vigor had been sucked out of him. “Then you doom us all officer.” Wilde cocked an eyebrow. “That’s a threatening word Niko, is there more you want to tell me?”

“Only if it’ll get me out of here sooner.”

Firstly, I don’t know what that book is called. It’s just got that symbol on it, no real title so I just call it “The Twist”.  The Twist is different to other books because it was not written. It was imagined. See, you already don’t believe me I can see, but I’ll tell you anyway.

There was a man or a woman, either way they were a magician who knew a great deal about alchemy and black magic. They both eluded and shaped history in ways far too subtle and overarching for you to appreciate in the short time I have to explain it. Anyway, their knowledge was originally written down in a great many books and note pads that they kept in a library. Alas, for them, during the great purge their library was burned down and all the writings were lost. Reaching the end of their lifespan they came up with an ingenious solution to preserve the knowledge so that it may be passed on to a worthy successor, and that was this.

In a single ritual they transferred all their dark knowledge into this tome, extracting the thoughts and memories like straining bones from a stock. That’s what you’re looking at right now. That is a grimoire of memories of that long dead sorcerer.

No. I’m not a power-hungry grave robber keen on uncovering secret powers from the past to thwart my enemies. No indeed. What we forget about memories, is that they are the construct of a personality. They are alive in themselves, but they are shapeless with a will all unto their own.

So, tell me. What do you think happens when the mind of a man sorcerer is stowed away in a magical tome with the ability to shape spirits out of the air itself?

Wilde blinked and shuddered. He touched the back of his neck and realised that he had been sweating, cold sweat apparently for some time. His shirt clung to him in uncomfortable cold patches and he unbuttoned his collar.

Niko still sat across from him, a vacant expression on his face and a narrow track of red running from a nostril. “It’s here.” He said, both calmly and shakily. Wilde frowned a prickle running across his skin like the brush of animal fur as Niko’s voice shivered the words. “What’s here Niko?” The head tilted and the eyes focused, but Niko was hollow now. He had hidden away within himself, too afraid to face reality. “Hastur. The Twist. He has come for The Twist.”

You see, my bloodline is tied very closely with that nameless sorcerer, and it was to my family that The Twist has come to.

The book brought power, but it also brought its twisted self. It’s alive you see. Well, I say alive. It’s more of a living imagination if you will. It kept making things happen. Bad things. Bloody things.

“Niko…Have you done something to me?”

It imagined itself drifting from place to place, room to room unmaking things as it went. Treasures, nature, laws, families, lives. But eventually relentless destruction became tiresome and it decided that it wanted a body. Like it had used to have.

Something had been in the station. Windows were smashed, tables and chairs were overturned. There were scratches on the walls, and ceiling as if a storm of knives had come spinning down it, rending gleefully as it went.

So, my father took it to the grave. Buried it with himself but not after sending me away to an orphanage, in the hope that I would forget. But of-course I didn’t I couldn’t. The Twist wouldn’t let me.

Wilde found himself back outside the doorway to the interview chamber, in darkness but for a ring of yellow candles that hung in the air like sinister fireflies. Niko was still sitting at the chair, and a figure unnaturally tall stood straight and hunched forward over him, a thin, crooked hand trembling over the volume. It exuded an overwhelming malice as its focus twitched in Wilde’s direction, and its appearance was akin to drowning. The eyes see so much that the mind simply gives up and succumbs to madness.

I thought I was going to take it back, but I was wrong. I wanted to take it to the foundations of that first library that had burned down and cast it into a fresh flame, but little did I know, they had sown that idea in me. To make me come. To make me find them. To make me dig up my own father and lay my hands on its cover. To turn those pages. They needed me. They chose me. I was the body.

Officer Wilde did not die as such. He didn’t collapse, burn away, crumple to the ground in fits of agony or begin to bleed out. He simply ceased to be. Becoming ashes, which became ash, which became light, which was then gone.

Where does the flame on a candle go when it is blown out?

The Twist seized itself up from the table with slow delicate fingers and then the three of them unfolded out of room. 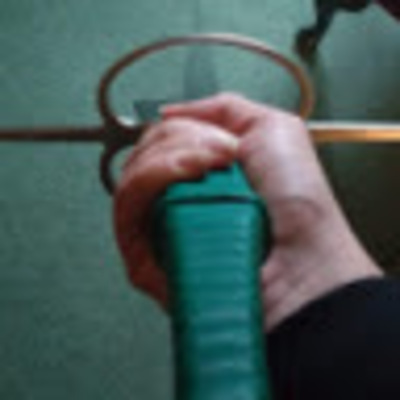