On the outskirts of the village of Hookworth in the year 2034, there was an abandoned library. No human had entered there in several decades, and it looked antique.

There had been several rumours about the place, most saying it was haunted. Many people swore that they heard voices that sounded like they came from the eerie place.

A young man called Ezra Turner had noticed that his fiancée, Jessica Bates was distant with him lately. He had noticed her spending a lot of time with her Grandparents and he had seen her speak to her Grandmother the most. The 24-year-old noticed his fiancée's eyes would flash unusual colours on occasions, as with most of her family members. But he had never asked her about it, she also never mentioned anything.

One Saturday evening he had noticed her cross the footpath to the edge of Hookworth again. Ezra noticed this but hadn't investigated until now. He didn't want to pry, but it was more down to curiosity. He was sure there was a reasonable explanation. But little did he know the truth would be difficult to witness or believe.

Quickly, he sneaked over. As Jessica got closer to the building she was due to arrive at, she suddenly teleported! Ezra had never witnessed this from her or any of her family before. His eyes widened, he wasn't sure what he just saw. But he assumed she was in the abandoned building as he saw a very small amount of lighting. Most people wouldn't notice this unless they were close by.

Ezra was unnerved, he was starting to question how his lover had that ability. He was starting to wonder if his life would be at stake if he continued towards and into the forsaken library. Although, he wanted to know what many locals had assumed. He slowly entered the door. He could see yellow sparks, although it wasn't the weather causing it. But he couldn't figure out what was causing them. Unless he decided to enter.

There was a statue of what looked like the Grim Reaper beside the door. Ezra peered at it curiously, the statue seemed to send a yellow spark at Ezra's eyes! He didn't get out the way, and feared he had gotten hurt. But he noticed he was unharmed, although he heard a cackling voice in his head.

The voice said, Ezra was astounded by what he just heard. And did he hear the 'voice' call his loved one a 'hybrid'?

He decided it was now time to enter the old library. Ezra saw that the entrance was beautifully decorated, there was velvet purple carpeting, and olive green and navy walls. The ceilings were decorated with historical based paintings and to his surprise, he saw several crests. One of which looked a lot like the crest of 'Flannigan Arms', the local pub, owned by Jessica's grandparents. He was surprised, starting to question what the Flannigan family had to do with this establishment.

He carried on through the halls, as he saw there was a selection of books arranged in a very organised way. He picked one up and began to read it. He was surprised as he noticed it was someone's 'life log' as the title said. He saw it had what looked like the biography of someone who had passed away. He started to read the details.

Abigail Turner born March 3rd 1951, deceased April 25th 1970. Cause: hypothermia, brought on by low weight. Abigail's family were devastated by the loss of her younger sister Annabel who died shortly after birth. Death was treated as intentional and her spirit was sent to Grim Reaper Headquarters. Mission finalised, signed Titania Blake

His eyes widened as he heard about this young woman, she was the daughter of his grandpa's brother. What was more surprising was seeing the name 'Titania' as he occasionally heard his fianceés Grandmother being called that.

Now Ezra had to know, he noticed that there were different categories, most of which seemed like life logs of previous living beings. He decided to look up books in the 'pet' section. His jaw just about dropped when he saw two familiar names.

Rory Turner and William 'Billy' Harrison, aka his late Shiba Inu and the class hamster in the year group that Jessica's mother Ophelia taught.

Ezra was starting to find himself believing some of the awful rumours about the Flannigan's and Bates' family. He checked Rory's notes and It said he died in the front garden of the Turner residence and was also signed by Titania Blake observed by Jessica Bates, hybrid, and overseen by Rupert Flannigan, educated mortal being'

He felt shivers down his spine, how would Jessica's grandmother know all this?! Was Ezra Turner in danger? Or worse yet, his lover?

He checked the records of Billy the hamster, it had recorded his date of passing and was signed by his fiancée Jessica in 2019 and 'overseen by' Ophelia Bates.

Ezra suddenly felt a mix of anger and intense fear. He was starting to think that not only did Jessica keep this from him, but there was a darker side to her family. He wondered why he even stuck up for Jessica when his classmate Rebecca accused her family of murder.

He sighed as he heard voices in the far corner room, the young man went to investigate. He felt he had nothing else to lose, although he was starting to fear for the safety of his family.

The closer he got, the more he started to recognise the voices. He heard a lot of sobbing and instantly heard Jessica talking to what sounded like her 13-year-old cousin Olivia Flannigan. Out of all the voices, they sounded the most neutral. He heard Titania speaking to her children Ophelia and Toby, her voice broken as her kids appeared to be crying.

Ezra's eyes widened as he heard Olivia mention that Rupert Flannigan was going to depart. His heart just about stopped. Did he really just hear Olivia mention that her granddad was going to die?! Or at least that's what he thought. He was starting to wonder if they were the monsters most people were claimed that they were. Just then he heard a voice in his head. It sounded like Titania Flannigan.

'I know you are here Ezra, I apologise that my Granddaughter never told you about this place. We wanted to tell you but it wasn't our place. I hope you can forgive Jessica and we can explain after we say goodbye to my husband'

He heard her say, her voice sounding broken like she had recently cried. Ezra was still confused, but as soon as he heard about Rupert. He quickly went to find his name in one of the books. He found out that the old man was going to die within the next hour. The cause was multiple organ failure, which Ezra had heard about from Jessica. He noticed that Olivia Flannigan was set to sign this book. And was being 'overseen' by Jessica Bates a 'hybrid pet Reaper'.

He initially went from being scared and angry to feeling a sudden sadness.

He went over to the door of the room the family was in, just as he was about to knock. The door had opened. Ezra saw Jessica's Grandmother Titania aka Tanya.

Her face looked wet and haggard and her two children were sobbing beside Olivia aka 'Libby'. Jessica was overseeing 'Libby' and noticed Ezra. She looked sorry but also had to focus on her cousin and the family.

He walked over slowly and held her hand, "I'm here no matter what my love," he sighed feeling terrible for the family.

He noticed Rupert on a makeshift bed, he was pale and lifeless, but according to Libby, his heart was still beating but his breathing was shallow.

"Dad!" Toby cried out, his dad was his idol and he was always helping him out at the pub and had recently acquired his business. Libby held her father and Aunt close. Rupert had drawn his final breaths, "Are you ready guys? Granddad’s leaving us now" she said in a calm tone.

Everyone was devastated and Ezra held Jessica's hand.

Libby wiped a tear away as she got out an old blanket her Grandmother stitched and placed it on Rupert. She then got what looked like a microphone out. She held back tears as she gently dropped it onto his chest. Toby cried even harder as Ophelia hid her face and Tanya was silently crying.

Libby muttered something, and a white light ascended out of Rupert's chest.

Libby turned to her family and they all held onto her close and all sobbed.

The youngest girl then checked her phone.

She sighed as she used her microphone to put an imprint on her phone. And looked at her family who were devastated.

Ezra sighed, he knew the truth and stayed with Jessica holding her close, finally understanding his soon to be bride now. 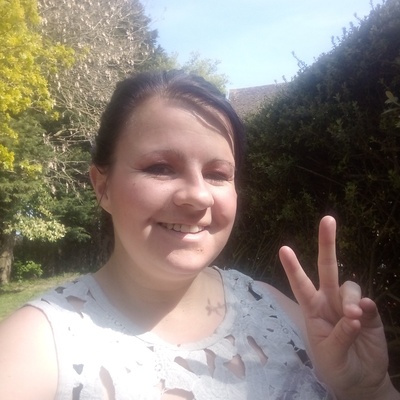