The librarian was a mean woman who patrolled each part of the library. She did not tolerate any noise, not even the slightest squeak. The only thing that could be heard in the library was the echoing of her heels against the shiny freshly waxed floor.

One dark and rainy day, a boy and girl rushed to the library for some books. They were doing a project together that required research.

“Hurry up!” Alice called to her friend.

“I’m running as fast as I can!” Henry shouted back at her through the pouring rain.

Alice opened the door of the library and stumbled inside with Henry right behind. Everyone inside suddenly turned to them.

Their eyes widened at Henry’s greeting. Alice and Henry looked at each other in great confusion. Suddenly they heard heels pounding against the floor coming towards them.

“You two! Come here.” The librarian loudly hissed. Alice and Henry hesitantly approached her. “You two are being too much of a disruption in my library.”

“We’re sorry, it’s just we’ve never been here and I only sa-” Henry said but got interrupted by the librarian.

“Enough. Go along and remain silent. If you two are loud once more, you will be escorted out of here.” The librarian said sternly and returned to patrolling the rest of the library.

Alice motioned for Henry to follow. They found a spot in the back of the library to stay away from the librarian. Luckily, the books in the back were the historical books.

“Look what it says,” Alice whispered and showed Henry the information she found.

“His coffin was moved, but it doesn’t say where.” He whispered back.

“I will go find more books,” Alice said walking to the bookshelf along the library wall.

Alice pulled out few too many books. They all fell with a loud echo. Her eyes widened as she looked back at Henry. Henry rushed over to help her put them back. Suddenly, the loud sound of heels was nearing.

“Hurry, get the last one back in,” Alice whispered in terror.

Henry shoved the last book inside the bookshelf. A loud grumble came from within the wall. They looked at each other. The wall rotated in such a way there was a passage leading beyond the library.

“Come on Alice. She’s coming. We can’t get kicked out.” Henry said pulling her with him into the passage. The wall loudly closed behind them.

“Do you still have your small flashlight?” Henry asked her while searching through the pockets of his pants.

“Maybe,” Alice said scrambling through her purse. “I found it!” She exclaimed and turned it on.

“Okay, we have to find our way out of here quickly,” Henry said looking around the dark corridor.

“Why can’t we explore?” Alice asked him shining the light on the walls.

“Haven’t you seen those movies where the bad guys will find a way to chase you? If we stay in this spot for too long, they’ll catch us. Obviously, the librarian is hiding something in her precious library.” He said starting to walk on.

They walked down the corridor that seemed to be made of mainly stone. It was covered in cobwebs. Without Alice’s flashlight, they wouldn’t have been able to see anything at all. It was pitch black. They marched on for what seemed to be forever.

“Stop and listen.” Henry abruptly paused. They could hear the far away shouting and yelling from behind them.

“We have to run,” Alice said shaking and took off running.

“Alice, wait!” Henry called from behind trying to catch up to her.

They came to a stop trying to catch their breath after running for quite some time.

“When will this corridor end?” Alice complained out loud.

“I don’t know,” Henry said taking a step forward. He took a couple of steps when out of nowhere he started falling down a hidden staircase.

“Alice! It’s alright. Trust me. I think I’ve found something,” Henry called from down below.

Alice made it to the bottom. Her hair was filled with dust and other things from that rough time on the stairs. She stood up and turned on her flashlight to shine it on what Henry was touching.

“Oh, my god,” Alice said in disbelief. She rushed over to what they had just discovered.

“We’re really standing in an ancient tomb. Shine your light on the wall.” Henry said pointing to something on the walls.

Suddenly, there was a loud rumble coming from the top of the stairs. Henry and Alice looked at each other.

“Search for them now!” The stern librarian’s voice came from the stairs.

The sound of footsteps started to come closer to Alice and Henry. They knew they were in big trouble and had to find a way out.

“Hey! You two!” One guard called as he reached the bottom of the steps and saw Henry and Alice with his light.

“I’ll notify Ms. Smith,” the other guard called starting up the steps.

“No need,” Ms. Smith the librarian said and walked towards the two kids.

“We’re sorry! We didn’t mean for this to happen,” Alice pleaded.

“You sure better be sorry. This isn’t going to end well.” Ms. Smith said with a smirk and grabbed them both.

Alice and Henry noticed a small passage on the other side of the coffin that they found and knew that was their way out. If only they could get out of the librarian’s grip. If they ran away, the consequences would be even worse. Alice and Henry looked at each other in terror. What were they going to do?

Author's note: Hi, I really hope you liked this story... It's something new for me. Let me know what you think and tell me if I should continue the story some time. 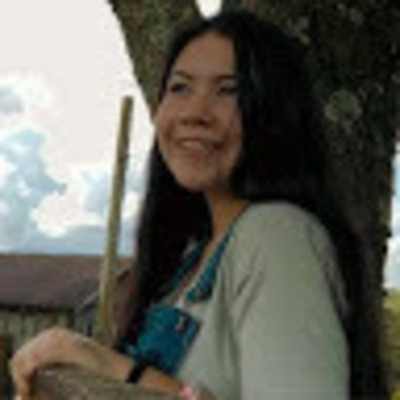