A boy named Jonathan was sitting in the corner of the library reading his favorite book called the Mystery Unsolved. Mystery Unsolved is one of the hottest books right now.

“Ok bye everyone the library is closing!” Ms. Marrow shouted.

Ms. Marrow is the boss of the library and everyone likes her. Jonathan walks toward Ms. Marrow.

“Ms. Marrow I know that I don’t have my library card but can I take this home?” Jonathan questioned.

Ms. Marrow sighed, “It is really popular but fine, under two conditions. If you return it back by tomorrow at 4: 15 pm with no damages, unless you want to buy it.”

He asked “How much is the book?”

Jonathan was surprised and borrowed the book and skipped towards the exit wondering what awaits him in the book of Mystery Unsolved. Ms. Marrow reminded him that he was supposed to return it next week. Jonathan nodded his head and left the building. He looked around for Mike and Brue. Mike and Bruce bully Jonathan and if they got their hands on the book he would be a dead man walking to the library.

He safely gets home, waves to his mom and runs to his room, opens his book, turns on the desk lamp and starts to read.

He looks at the time and it’s 8:45 am! “Oh shoot, I'm already 15 mins late to class.” He grunted as he jumped out of bed. He puts on his socks and shoes, grabs his backpack, shoves the book into his bag and dashes out of the house and runs to school. Tired and exhausted he sits in his chair, half awake, half asleep listening to his teacher. All of a sudden everything turns black 😴. He sees and hears people cheering him on, Jonathan's teachers hands him an A+ grade, A familiar voice calls his name.

He opens his eyes and looks up, “did I pass the class?” Jonathan asked.

His class starts to laugh at him and so he looks around with an embarrassed face.

“Go to the office and you’ll find out.” His teacher barked.

“This is the third time this has happened!” Principle Jones sighed.

“I won’t let this happen again.” He cried.

Principle Jones excused him back to class. He drags his backpack and forgets his book on his desk, not noticing that Bruce and Mike were making sinister 😈 faces planning what to do with the book he left on his desk. Mike and Bruce walk into the room. Jonathan's teacher was squinting his eyes, keeping a close eye on Bruce and Mike. Bruce reaches his hands and grabs the book. Jonathan's teacher Mr. Quint asks Bruce why he has a book last on Jonathan’s desk. Bruce explains that he left his book on his desk when he went to use the bathroom, Blah Blah Blah. Mr. Quint makes a few faces and lets them proceed to the exit.

Jonathan sits on the bus stop waiting for the bus. He reaches into his backpack looking for his book. He looks inside his backpack to find his book. With a horrified look he runs back to class asking Mr. Quint about his book. He tells that Bruce said this and that and this was really his book, so I let him take it.

“Sorry kid, I didn’t know, make sure next time you don’t leave your stuff in class.” He responds.

With a frown on Jonathan's face, he heads back to the bus stop. He sees Bruce and Mike giggling. He runs towards them and confronts them.

“Hey that’s my book, hand it over!” Jonathan yells.

They respond, “Sure you can have it.”

Jonathan realizes there’s a ditch right beside them and hovering over it was his favorite book “Mystery Unsolved”.

They let go of the book, hopeless 😨 just watching the book fall into the ditch. Both Mike and Bruce run away with an evil laugh. Jonathan looked down in the ditch having flashbacks of what Ms. Marrow was telling him “return it back by tomorrow at 4:15 pm with no damages ”. Jonathan looks around just in case no one was around so he could go down the ditch and looks at the time.

He looks back down and the book has disappeared. The ditch is about 12 foot deep and 8 feet wide.

He jumps in and starts to crawl through a small tunnel. He sees a small metal door with a handle on it. He opens it and sees a huge place the size of a 2 story house!

“Woah, 😲 this is just like the story in “Mystery Unsolved and it stinks.” He whispers to himself.

He jumps down and walks towards his book, looking in every direction. It looked like a waste land, dirty, filthy, nasty and so much more. He picks up his book and turns around. He sees a dirty man standing right in front of him.

The man starts to make faces and reaches his hands towards him. Jonathan hits him as hard as possible. The Hobo man falls to the ground with an unpleasing face. He starts to run towards the hole but the man grabs him before he can reach the exit. He starts to talk in a language like cavemen. The cave me starts to drag him, Jonathan frozen not doing anything remembers that there was something talking about situations like this.

Do not fight back, generally really aggressive.

They enjoy any type of food, distracting them with any food.

If those do not work try throwing something the opposite direction.

Run for the Exit!

Jonathan carefully follows the steps. He starts to whistle to get his attention. Throws his cracker the opposite direction and runs for the exit.

He climbs out of the ditch and runs away towards the library. Out of breath he makes it to the library.

“Hi are you here to return the book?” She questions him.

He Nodded his head and shows Ms. Marrow.

He hands her the money for the book.

“Can I have another book since I paid?” He asked

“The book is overdue so you need the card for that.”

He frowns and leaves the library. 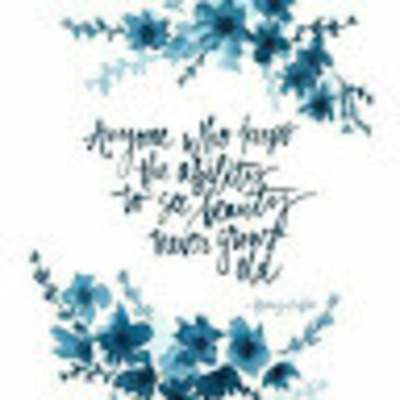