The Good Fortune of a Library Book

Lyric should have known that her day would take a weird turn when her roommate Nyth barged into their apartment, waving around a library book. At one time, they were hotshot newbie reporters fresh from college and with their whole lives ahead of them. The next thing they knew, they had a severe case of writer's block that led to a decline in their articles and to them being cast out of the local newspaper. Disgraced, their options of a new writing job were limited, but that didn't stop their rent from being due. They stumbled upon a PI looking to retire. After helping with a case, she gave them the business with the firm guidelines that she would oversee them for a year then let them run on their own. The first three months had mixed results. Her roommate plopped the book down onto the table, right where Lyric was assessing their financial situation, and opened it. Lyric waves a hand through the dust that drifts off the page. "As much as old books excite me, I don't see the reason why this one has got you so hyped up."

"Because this," Nyth said with great relish, "isn't your typical old book." She leans forward onto the table, and with a slight maniac smile, runs a hand over the yellowed paper.

"It's an old book not in English," Lyric says. She looks up at her friend then back at the book. She couldn't even guess what language it was in as it looked like a mix of Old English and Gaelic. A few of the pages that Nyth flipped through looked like hieroglyphics. "Can you even read this?"

"As fluently as you can read Mandarin Chinese," Nyth replies airily.

"Fine then, oh great one, what does this right here say?" She flips the pages, then points at a passage and pushes the book to her roommate. "Translate it for me."

"To those who wish to walk the shadowed path," Nyth reads, "the... delicate balance... something about initiation?"

Lyric crosses her arm. "I thought it was so fluent?" She bats her eyes as she asks the question.

"I said as fluent as you are with Mandarin Chinese," Nyth retorts. Her roommate huffs. The two had several similarities, from their tastes in movies to their favorite fuzzy slippers, but they also had a few differences. Nyth was quicker to believe ideas of wonder, while Lyric tended to keep up a wall of skepticism.

Lyric shakes her head. "And why do you think this is so important? And how do I know you didn't just make that up? A lot of ancient texts talked about balance. It's in nearly every culture." Lyric carefully moves their bank statements out from under the book and stacks them.

"It's just a feeling I have," Nyth says. "I'm following my intuition."

"... Fine. Then what do you suggest?" Lyric gestures at it. "Is there a story we can use? Maybe to sell to a magazine or journal. Because we are in the hole. Our PI business took a hit after that koala incident." She gets the stack of papers and moves them into the drawer of the island labeled business. Their apartment was small, but it was perfect for them. It had two bedrooms that had their own bathroom, a living room, a balcony, a washer-dryer combo, and a kitchen just big enough for the limited cooking they do.

Nyth winces. "Who'd have thought a koala exhibit would mean so much to someone who's never seen one in real life?"

Lyric slowly nods. "That did not go well." She sighs. "But, we do have a possible meeting for tomorrow... She said she would call me back." She catches a look of disappointment on Nyth's face and feels a pang of guilt for ruining her best friend's giddiness. "Tell me more about the book."

"I only skimmed a little bit, but look," Nyth says, picking the book up and flipping to find a page with intricate drawings of what appear to be ritual components.

"That looks creepy." Lyric runs her fingers over the designs. "This almost looks like some sort of spellbook." She laughs. "Which is ridiculous."

"I was thinking spellbook!" Nyth gushes.

Lyric laughs and taps her friend's hand. "See, we work well together. Wavelength." She pulls the book to her and giggles. "Check me out, ommmmmm."

"Oh, oh, here's something!" Nyth clears her throat. "Calling fortune from afar, we wish a chance to make you ours!"

"What does that even mean?" Lyric asks. She jumps at the sound of the doorbell. "That's weird... Everyone we know is at work right now..."

"Maybe the spell worked!" Nyth whispers. "Go see who it is!"

"I don't want to answer it," Lyric whispers. The doorbell rings again. "Uh..." She bites her lip and gets to her feet. "It's just a coincident," she repeats to herself as she walks to the door. She takes a breath and yanks the door open.

"Hi," a young woman with a green streak through her blond hair stands with her hand raised to knock again. "I'm looking for a PI?"

"We're PI's... How did you know to come here?" They worked from home, but they always had their meetings at either the local bookstore or the smoothie shop next door.

"I recognized your names on the apartment registry out front," the woman explains. "My sister actually lives next door."

"Oh... well, that makes sense. Come in..." Lyric looks around the hallway to ensure no one was there and then looks the woman over as she enters the apartment to ensure she's not concealing weapons. "What can we help you with?"

"I need you to find someone for me," the woman says. "Oh. You probably need my name first. I'm Monique, and I'm looking for my dad."

"Hello, Monique. Lyric," she gestures to Nyth, "and that's Nyth. We're happy to help in any way we can. Let's get you some tea first." She ushers her friend aside. "Looks that that library book of yours is a keeper after all."

"I've always wanted magic!" Nyth whispers excitedly. She grabs a box of muffins and takes them to their customer. "So," she says. "Tell us all about your father." 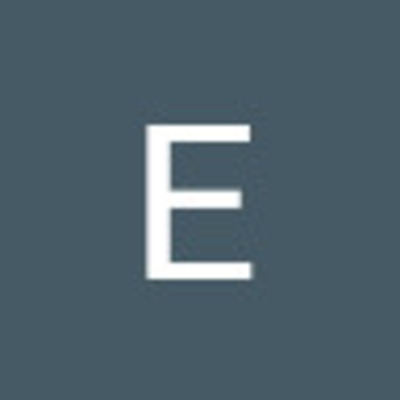