baba Rodney's library was a shed but it didn't look like a shed.

inside, a large wooden plank used to cover them from the rain.

"We weren't stealing books, now. nor were we making

the old man didn't look convinced. there were only three tables

in his library and 12 chairs. he'll be able to hear us from a mile away.

baba Rodney pulled out his cane. it was one of the sticks from

the market. that never breaks.

he swung it around us, hitting us occasionally on the buttocks.

we were soon shooed out of his minute library.

"don't you ever come back!"

we didn't need telling twice. we ran off of the street his library sat on. Peninnah placed a sweating hand on her knees. she looked at me with despise.

"what are you looking at me for?"

"It was all your fault! screaming because a red ant bit

you. red ants are everywhere! now you got us kicked out for life!" she

"maybe we should go home" I muttered, fanning my face

Peninnah gave me a side-glance.

" and who's going to give you a piggyback? I'm not walking

home. that's for sure"

I turned my head from left to right. there was a yellow dusty

van in the horizon jumping over the pot-holes of the village.

"there! a trotro! we can take that home!"

"I no dey give you money. you go get money, we hop on

I felt deep into my pockets. 200 naira lay soundly in the

I waved at the trotro wildly with my arms.

as soon as it arrived, it jigged on the spot on a sunken

a voice groaned in the trotro.

"There is no more space now"

the driver nodded. he was a skinny thing. tall and lanky. his

eyes were sunken in like he was starved for a few days.

"There is no more room. wait for another one".

I pulled the 200 nairas from my pocket.

"you sure?" I asked as I waved it in front of him. his hungry eyes followed the stash of money. I knew he needed it and he knew I

he grabbed the money.

Peninnah and I jumped onto the bus. it was crowded and smelt

I squeezed between an overweight woman and an old lady. they

fanned their faces with pieces of paper. I felt choked up and faint but it

wasn't the lack of oxygen. a sickly sweet scent squeezed past the air of our

noses. the fanning from the women began to stop. they were all swaying with

drowsiness in their eyes. all of the passengers fell under the spell of

I glared at everyone in alarm. what was going on? why is

everyone sleeping at the same time? why am I not sleeping?

I lifted myself up to see the driver. he was looking through

the concave glass of the car. he gave an inhumane smile that stretched the wrinkles

He grabbed his phone.

“I’ve got them all” he laughed. “your idea is working! They all thought it was normal transport!”

His laugh made me shiver. I made sure I didn’t make any noise. I scrambled around my pockets for my phone.

Great, I thought, in the time of need I leave my phone at home.

I turned to look out of the window. Clouds of gnarled branches stroked the trotro with their fingers. My spirit felt like jumping out of my skin as the road became bumpier and the forest became more evident.

Where was he taking us? I thought.

The door of the trotro slid open. At the door stood a boy. His face was smear with chalk on his cheeks and he was wearing nothing but a red cloak around his waist. In his chapped hand was a fan-made from goat fur. It was stained with blood and looked rather dirty.

I was at a juju camp! They were going to sacrifice us for money!

I wanted to scream but I knew it was a rubbish idea. The forest was fathomless and the fog wrapped around us like a cloak. I was trapped. I couldn’t go anywhere even if I tried.

“out!” the boy commanded, his free hand on his waist.

The passengers strolled out, dreamily. My friend Peninnah was with them. She had a grin of content on her face as if nothing was happening at all.

The boy pointed his finger at me.

I walked out of the van, knowing it was the end for me.

They thrust us into a cell. It was a cell with bars anyone could squeeze through, but it was armed with other juju men. I stood at the back, biting my nails in fear. It was like a shop, come and go, but this time you never went back home. I turned my head every time they swung the axe. I watched Peninnah as she was pushed to the ground and…

Tears spilled from my eyes. I sobbed, heavily until rasping gasps were left.

A cold hand grabbed me. That’s when I knew I was next. The juju boy pushed me to the ground. Panic took over. A series of thoughts ran through my head as the juju chief lifted his axe.

A picture of my mother crying out to god stopped in my head. I was never religious. I never went to church or participated in the lord’s baptism. Tears fell onto my cheeks. Now, I had wished I had.

“God, Jesus, please help me!” I whispered, my voice shook in fear.

A blinding light broke from the heavens. The juju man cried out in pain and fell to the ground, unmoving. The axe he held swung towards the juju boy who fell in a heap of blood.

I hastened onto my feet and ran.

“did you see where she went?”

My legs thrust forward getting caught in my skirts as I tripped in the mud. In the distance, I saw an old man in a rocking chair. I ran towards him. I fell at his feet.

“please…juju men…chasing” I stammered as I tried to catch my breath.

The old man pointed to the other side of the forest, his finger looked bright and shining.

I got up again in a hurry and ran into the other side of the forest.

My head swiveled around. The rocking chair was empty. I stared at it in disbelief. How could a man disappear like that? An old one for that matter. I thought.

“ just you wait, i'll tear that girl for making us run from limb to limb”

The voice rang through the forest.it echoed against the trees. they were here!

I started to run again but this time - faster. 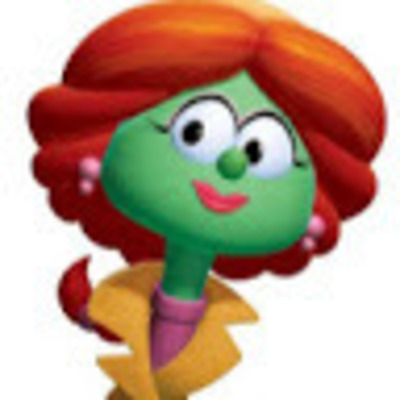 ok, so maybe I should have explained this before. this is based on a true story, in Nigeria, I saw from a music video. people in need of money would go to juju men to ask for money and they'll say: "bring 20 people and we will give you the money you need..." and so on, and so forth... it's been on African news a lot as well. this is not a joke.