It was a cool and wet morning; the rain pelted the rooftops, showing no signs of letting up. However, there was something strange and different about this storm; it was unsettling, mysterious, and fell over the city as if trying to consume everything. The lightning flashed, lighting up the sky followed by a mighty clash of thunder.

Emily took off her rain suit and placed her lunch in the refrigerator. She usually had lunch at the small café across the street, but today, she would eat her lunch in the library. As a librarian, Emily wore soft sole shoes with a light, thin covering; they were comfortable but weren’t water-resistant. She’d manage to keep her feet dry coming to work, but a trip across the street wouldn’t be as easy, and she didn’t want to work with wet feet.

She worked at The Library Company of Philadelphia, the oldest library in America. It was an honor to work in such a prestigious building, and Emily took her responsibilities seriously. She loved books, and the more she was around them, the more she felt at home. It was a good fit.

Emily felt the building shake as the thunder echoed across the sky. Storms weren’t unusual for Philadelphia, but this thunderstorm seemed to stall over the library. Emily had an unnerving sensation that this storm was bewitched in some way, and it frightened her.

The door to the library opened, and an older gentleman walked into the stylish room. He shook himself, trying to rid himself of the many droplets of water attached to his overcoat. His hat covered most of his face, and Emily watched as the man eyed his surroundings.

The man stood in awe as he scanned the beautiful library. He wobbled slightly as if going to tip over but quickly regained his composure. Emily walked toward him.

By his dress, she assumed he was a homeless man, trying to find a dry place out of the rain. His large overcoat dripped onto the floor and covered his inner clothing. His shoes were old and looked to be an old version of a boot; she didn’t know. She wasn’t familiar with men’s apparel. However, the shoes appeared to have been used many times. She smiled, sometimes old and used shoes are the most comfortable.

“May I help you,” she said politely.

The man didn’t remove his hat; he peered from beneath the brim. “Yes, I’ve come to return this book. This is The Library Company of Philadelphia, isn’t it?”

“Would you mind if I walked around and looked at this magnificent place? Then I’ll return my book,” he said.

“Not at all,” said Emily, “Please, help yourself.”

The old man removed his overcoat and placed it over a chair. He laid his book on the table. Emily watched as he meandered through the library.

He was elderly and strolled slowly. Every so often, he would touch a chair or the edge of a table, maintaining his balance. She watched as his stomach slightly rose and fell as he walked. She felt sorry for the man and wondered if he’d eaten today.

His clothes were old, more along the lines of vintage clothing. However, she’d notice they were clean and dry and fit his body well.

Emily watched as the man eyed the room; he would stare and then turn slowly, taking in every aspect of the magnificent library. He took his hand and let it glide over a shelf; then, he would carefully rub the spine of the books living there. She watched as tears rolled down his cheeks. He attempted to wipe them away, but the more he wiped, the more that flowed.

The old man walked around the library for more than an hour. He finally returned to the table where he’d placed his overcoat and book. Emily could tell he was exhausted and tired. He took his seat and fumbled with his coat until he found a pair of eyeglasses.

They didn’t look like eyeglasses; they reminded Emily of an old pair of spectacles, ones used ages ago. She assumed he probably couldn’t afford anything newer.

The old man gently picked up the book he was to return and began reading it. His hands shook as he softly turned the pages.

Emily smiled; she sat at her desk speculating what was happening with the older gentleman. She wondered if the old library brought back some memories of past friends or someone special in his life. She didn’t know.

The rain poured as Emily ran toward the small café across the street. With each step, the puddles of water splashed in all directions. She hadn’t planned this trip, but she had something on her mind, and wet feet wouldn’t prevent her from completing her task.

Minutes later, she walked back into the library. Her feet squeaked as she walked toward the old man who was reading. “I’ve brought you something to eat,” she said. “We’re not supposed to let anyone eat or drink in the library, but if you come with me, we can have our lunch together in our back room.”

The old gentleman nodded, picked up the book, and his overcoat. His old slouch hat had been pushed back somewhat but was still spotted with tiny raindrops.

“It’s a slow day, and I wanted to get you something to eat,” she said. She placed the sandwich and drink on the table.

The man removed his old hat and hung it on a chair. His hair was long and stringy; it looked to have been full of curls at one time. His forehead was bare as his hair had receded. His hands shook as he slowly opened the bag. “I thank you for being so kind to me,” he said.

“It’s nice to meet you, Ben,” said Emily. She stared at the man, “You look so familiar,” she said, “If you don’t mind me asking, do you live around here?”

“I did at one time. I use to come here all the time; actually, I worked here some time ago,” said Ben.

“I guess you could say I was the librarian for a short time,” he chuckled. “My dear, that was a long time ago, way before your time. We didn’t have that many books back then, but each one was a delight.”

Emily sat silent for a few moments until her curiosity finally got the best of her, “If you don’t mind me asking, I saw you crying earlier. May I ask why?” Emily grabbed her mouth; she couldn’t believe what she had said. By nature, she wasn’t nosy at all.

“Reminiscing,” said Ben bowing his head. “Just reminiscing, I was touched by the beauty of these rooms and the countless number of books lining the shelves. It’s truly a dream come true."

“Surely it was just as nice when you were the librarian,” said Emily?

“Not so much,” said Ben, “Yes, we were proud of this structure. We worked so hard to bring new books here each year. It wasn’t easy back then; books were expensive. We were so proud of our library.”

Ben laughed, “Back then, members and non-members could borrow books. However, they had to put up some security.”

“Oh, yes, something valuable in case you didn’t return the borrowed book,” he laughed. “That’s why I’m here today. I’m returning this book that I borrowed. However, I didn’t put up any security. I guess because I had worked here, I could be trusted.”

Emily laughed, “We don’t ask for anything to secure a book these days. We loan them out after applying for membership. If you don’t return it when it’s due, we charge a fee.”

Ben laughed, “I guess I owe quite a bit.”

“When did you get the book,” Emily asked?

“March, I think, yes, March 2,” said Ben. “I remember, I was ailing and wanted something to read while I recuperated.”

“That’s so kind of you,” said Ben. “I’ve waited a long time to return this book. I’ve tried many times to do so, but each time I failed. I’ve tried for years, but the timing wasn’t right; I had to wait for this exact storm on this exact date.” Ben laughed, “It was a long time coming.”

Emily smiled. To her, the old man must be in the first stages of dementia. His ramblings about the dates and years were misleading. He’d only had the book less than two months.

Ben continued, “I couldn’t rest knowing I had some unfinished business with my library. I had to return this book, but again, I had to wait for this mystical storm on this exact date.”

This was the only business I needed to conclude, and now I have.”

Emily was shocked, was the man sitting in front of her a lunatic or someone who had escaped the mental institution. She shook slightly.

“What is your full name,” she asked?

“Oh, my dear, I’m so sorry for not telling you that. My full name is Benjamin Franklin,” he said.

Emily began crying; how could she be so blind. She sat staring at the old man; she recognized him now; he was Benjamin Franklin, the founder of The Library Company of Philadelphia.

“Are you an imposter,” she asked, wiping the tears from her eyes?

“I assure you, my dear Emily, I am not. Thank you for letting me return this book,” said Ben. “I can rest now, knowing you will take care of my beloved library.”

From the skylight above, a flash of lightning lit up the small room, followed by thunder rolling across the sky. She sat in awe as Ben slowly faded into the light. 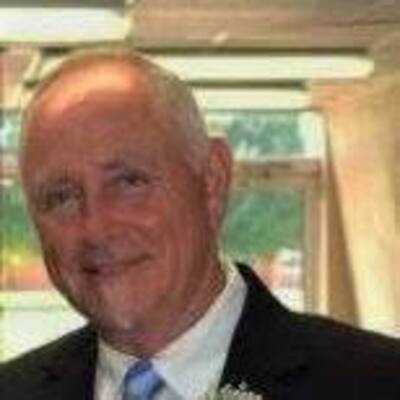 Thank you Alyssa, I appreciate your comments. It means a lot to a writer when someone says such kind words about their work. I wanted to reach out and thank you. Regards 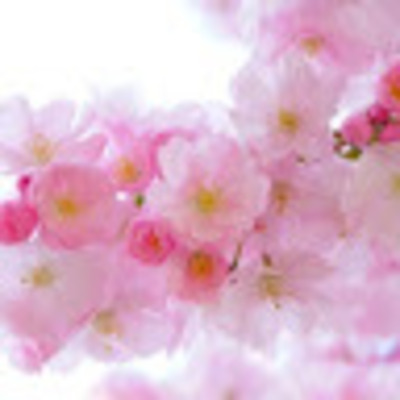 I would give this story a 10 out of 10 for originality. The setting was well developed and connects with the story and characters. The characters are well developed, you gave us what they are wearing, a little bit of how they look, and what their passion is. The plot was outstanding; the twist at the end was amazing, I didn't even see that coming. Throughout the story, I felt the emotions as if I witness it myself like when ben was crying in the library. The theme I would take from this story is life is full of surprises. Throughout the stor...