The metronomic dripping of water and heavy breathing filled the stone tunnel. Everyone's eyes landed on the Shifter. Was she an enemy or not? What did she know about the Races?

"Who are you?" Everlys glanced further down the tunnel as her voice echoed across the walls.

The Shifter stared. She took a few steps towards the blonde, and Everlys's eyes narrowed as the girl's dark eyes flickered from her face to her hair, and finally to her hands.

Whispers filled Everlys's mind. Whispers of soft and resonating voices. They cried out to her, like hands reaching from the darkness and grasping the thoughts in the darkest parts of her mind.

"Who are you...?" The Sinistrian's voice shivered as if it felt the numbing cold. "How do you know her?"

The Shifter glanced at the blonde strays framing her face like she hadn't heard the question. "She looks like you."

Pale blue energy flared around Everlys's hands. When she spoke, her voice was a hiss. "What do you know of my sister?"

She took a step back towards the Foranian, and Eriene met Everlys's eyes. She reached out to tightly hold the Shifter's arm, taking a small step towards her. It was a warning, silent telling the Telekenetic that she would defend the Shifter if anything was to happen.

The girl's eyes snapped up from the ground. "I... knew her. She's all I remember."

Everlys's arms dropped to her sides. She stood in silence. She looked nothing like the person who had spared the male Shifter of his misery just a few minutes before. She looked like a frightened, and Alaric took the smallest of steps towards her.

Eriene's eyes flickered between them, turning to the Shifter and lowering her arms.

She shook her head. Her gaze stuck to Everlys's blonde hair. "Only Althea."

A young girl around five years old took the hand of the person- her sister- who held her arm out. The girl's rosy face lit up with a smile.

The two sat on the floor of a dark room. The windows were covered by swaths of fabric, the patched together seams glimmering faintly from the yellow thread that had woven them together.

"Shh." The older girl closed her eyes, inhaling and exhaling a breath.

She opened her eyes, crossing her arms. "You have to concentrate so It'll work." She scooped Thea up in her arms and placed her on her lap.

She tucked a blonde stray behind her little sister's ear, and the girl burst into giggles as she booped her nose.

"Now, quiet. And close your eyes"

She closed her eyes again, reaching out with her mind until her consciousness spread.

Thea's eyes widened as pale blue tendrils wrapped around the room. The fabric covering the windows, the four wooden bedposts, and the books and objects lying on the shelves lining one of the walls. "It's sparkly!"

"I told you to close your eyes!"

Any exasperation left as she met Thea's eyes.

She smiled, hugging her sister tight as she chewed on her lip. "It's okay. But you wanna learn how to control it, right? And be able to hide?"

Thea nodded. "But... why do I need to hide? I like changing my eyes to match yours. They're pretty."

"It's more than that, Thea." she whispered. "There are bad people who want magic like yours."

"Sharing isn't good when it's them. These people are bad- they want your magic, and'll do horrible things to get it."

The little girl's eyes widened at her sister's words, tears glistening at the rims as the color flickered back to a deep umber.

"Shh, it's okay. I've got you. That's why we both have to focus. We'll learn, and I'll teach you, and they won't take either of us away. "A small smile crept on to her face. "And remember, Lyssi is a special name. It's your special name for me. To everyone else, it's Everlys."

Thea giggled, sniffling as she relaxed in Everlys's arms. She closed her eyes, peeking every few seconds as blue coils of energy filled the room again.

"I can change things and you move them."

"Exactly." Everlys opened her eyes and smiled. "See? Even our magic is together, just like us."

"And we'll stay like that." Thea said with a confident nod. Her sister squeezed her tightly, placing a kiss on top of the girl's head of messy blonde hair.

"Stop- just... stop." Everlys's eyes glowed a dangerous shade of blue. She clenched her fists to her sides, shoving Alaric's hand away as he reached out for her. "Don't say her name. Not now, not ever. She's gone."

She stalked down the tunnel until a bend, pressing her back against the wall. Everlys crumbled to the ground, hugging her knees to her chest as she tried to keep her breathing steady. But the simulation of Althea in the arena mixed with the sounds of her sister's tortured screams from the misty bodies she had fought were too much. Why Althea? Of all people, why her?

Eriene gestured for the Shifter to sit down next to her. "Can you... tell me more? About anything you remember?"

"I already said- Althea. That's all." She wrung her hands, tugging Eriene's jacket around her. "And these... fuzzy images. And voices."

The Shifter nodded. She held out a hand, and Eriene took it.

Her mind swarmed with white, pulsing and vibrating as it curled through the Foranian's mind, changing all other thoughts into the ones of the Shifter.

The voices she heard were blurred together, paired with patches of fleeting shapes that faintly resembled people. There were images of dragons, and of a group of teens standing in front of a woman. The woman knelt down, tilting up the chin of a blonde-haired girl. She smiled, whispering something, and the girl lashed out. The same Shifter that had shared the memory held her back. There was a young woman in white with shoulder length, wavy hair and kind eyes. She looked afraid, but smiled. It wasn't like the smile the other woman had given- this smile was true.

"I'm sorry." she whispered. "But wait until Althea's sister and her allies arrive. They'll help you."

The young woman nodded at someone behind her, looking back at the Shifter one more time before fading.

Jen. That was the Shifter's name.

And one of her memories had been of the cave- the same cave she had gone to and seen the same scene. That girl had been Everlys's sister.

Npppppp Yayyyyyy Omg you NEED to send it to meeeeee

Yees!!! It's very romantic and is going to inspire fangirling like crazy and blushing like crazy, but I will once I type it!

Yees!!! It's very romantic and is going to inspire fangirling like crazy and blushing like crazy, but I will once I type it!

This was spoooooooooo good!!!! I think you need to amend calling peeps by stuff other than pronouns and their name like when you said “the foranian”. Great job!!! Also loved our ship of theseus discussion heehee

Mkkkkkkkkkkkkkkkkk It gets a tad bit confusing, in my opinion, because multiple character have blonde hair (Like Lys, Dani, and Thea,) etc. But yeahhhhhh I'll try that! Uh what?

Well just say their name! Eriene, Everlys etc. you don’t need to do something else except for the pronouns when you mentioned their name right before.

MIRRRR YASSSS PART 22!!!!!!!!!!!!!!!!!!!!!!!!!!!!!!!!!!!!!!!! I mean I know I get all the inside scoop and spoilers but whenever I read the new parts I'm still in awe at the cliffhangers and plot twists and ofgingierkjger I just wanted to say though- the relationship between the two sisters and their sibling dynamic was portrayed so beautifully <3 Like you can tell Everlys is an amazing big sister who will always be there for her little sister <333 It's so sweetttt. Buttttttttt THAT ENDINGGGG eihtgiegkjehgiethjeghekghetgoetogietkjget...

LOL is she??? SHE DIDDD???? My brother's just annoying and it's his life goal to break my piano by slamming on the keys whenever I'm in a meeting ikkkk.....oml............ Isnt it funny how we've only talked about everything TDR related and nothing else??? XD 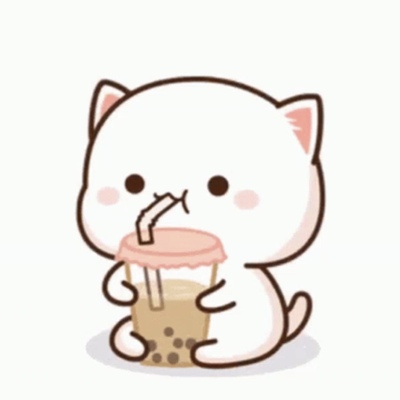 Uhhhh *silently skims through past TDR installments nervously* no...????

Do you mind recapping for me? I think the new character's name is vaguely familiar, but i can't quite pinpoint it... Btw, added the third chapter of Katapies!