The horizon was a stunning green, a blinding sight after walking for days through the Death Zone - a depressing desert of smog and dust. We couldn't tell if it was a true oasis or a cruel trick of the mind. Still, we ran towards it, crawling over top of one another while maneuvering across what was now the destroyed and crumpled society that came before the Nuclear Holocaust.

The year is 2105, and the council sent us to save the world - the dying, practically dead world. The world has almost entirely run out of food. Freshwater. Greenery.

I was born inside the Euro Dome, which had always protected me from what lay beyond the walls, until now.

30 years ago, the planet faced a climate tragedy. Countries all over the world were running out of food and water. Fast. Eastern and Western countries went to war. Nuclear weapons destroyed almost everything. Now, survivors live inside protected domes.

There used to be 9 billion people. Today, there are only 500,000 left, and we can barely even sustain this small number.

The Euro Dome is a carefully measured expanse of land unaffected by deadly nuclear fallout. We live in condos that stretch up towards the glass covering above our heads. We work, in research jobs, farming what little land we have left, as doctors treating the sick - people fall ill often, usually from a disease of the lungs. Our air is recycled and stale; there is no wind.

Fertility is carefully monitored. Families wanting kids must apply to the council of maternity and are interviewed. Those rejected sometimes have children anyways; they hide under floorboards, never seeing the sun. Sometimes those already pregnant, but not showing signs, abort their babies illegally.

We go to school and learn about the history of the planet. We learn what fertilizers work best for planting crops. The smart ones are trained to become doctors.

Tuesdays are ration days, and no one, aside from the elderly, is allowed to eat or drink anything for 24 hours.

It's a depressing life, but we live it anyway. Every year a troop of five able-bodied people is sent into the Death Zone to search for a cure to save the destruction caused by mankind. They're given a month's worth of supplies for the journey. Most never return home.

This was the year that my name was drawn from the system. I had a feeling I'd get picked, so a week before the Drawing, I launched myself from my second-floor condo balcony in an attempt to break bone. I remained uninjured and fully able-bodied.

The night of the Drawing, my mother was glued to the viewing screen, waiting. She called me when the councillor, John Perault, made his annual appearance to announce the names.

"The system says: Lonya Iozith." A girl from my class, a smart one, she could have been a doctor. Then it was Soter Yaax, followed by Prani Fran. Jaxin Day.

Finally, "the system says: Kainos Vraz." Silence. My heart pounded, aching to break free from my chest. My mind was swimming with the overwhelming thought that I was already dead. I had a vision: my naked, rotting body abandoned by the others in the darkness of the Death Zone.

Mother turned to me, smiling proudly. I didn't feel proud; I even, for a short moment, wished I was one of the Hidden Children protected by floorboards.

Behind our trampling feet, clouds of dust erupted. Prani called for me. Her older legs couldn't carry her as fast as the rest of ours could. I turned back. Her foot was caught between a slab of rock and rusted mental. Yanking as hard as I possibly could, I freed her foot, grabbed for her hand, we ran.

When all five of the troop made it safely to the green, we collapsed, panting onto a prickly bed of browned grass. The green stretched for ages but was always surrounded by the black of the Death Zone.

We were stripped of words to speak by the sheer vastness of forest and grass that lay beyond. Soter finally broke the silence. "What now? Do we go back? Should we tell them?"

"I think we should explore first," answered Lonya. "This could all be contaminated, we should look for more signs of life. Animals, maybe."

We set off in search of the unknown.

The landscape was green, of course, and scattered with grey buildings. All seemed abandoned by human activity, weeds growing up walls and choking chimneys, dust covering dirty tile floors in thick layers.

"We walked for days with no signs of life, how could this possibly be here?" Jaxin received no response. None of us knew the answer.

"I think we should make camp in one of these buildings. It's going to get dark and I'm not sure how safe I feel out in the open… it's so strange," Soter looked frightened.

"Guys," I called. "This one looks sturdy enough, and there's less dust than the others."

The others followed me inside, and immediately we settled down, making straight for our food supplies. Starving, we inhaled dried fruits and crackers, gulping water to chase the dehydrated food.

We ate so intently that we didn't notice the litter of kittens that had joined our feast.

"Where's your momma?" coaxed Prani. "I remember having a cat in my birth house, she had babies too, but we had to abandon them when the war…" her eyes filled up with tears, and Lonya passed her a handkerchief. She blew her nose, loud as a trumpet.

Suddenly the mother cat pounced in and stopped abruptly at the sight of us, yellow eyes glowing. She meowed then scampered up a broken post. Her kittens scattered, following her into the darkness of the attic.

I ran to the smashed kitchen window and peered out.

"Bears." I whispered. "Grab all the gear and get to the top floor. Go now."

From a bedroom window, we watched keenly. Two massive brown bears were sniffing the walls. They knew food awaited them inside. They searched inquisitively, and we watched them with the same curiosity. I'd only seen a bear in books and in classroom lectures.

One grunted at the other, a signal that it was time to invade. The crash of the falling front door came next.

I held my breath, not wanting to risk making a sound. I gestured at the other to keep quiet. They nodded. Glass shattered, and wood splintered below us. The heavy footprints toured the bottom floor. They found nothing and left.

A sigh of relief echoed between the five of us.

"Let's sleep up here for the night, I don't want to get mauled by a bear," breathed Jaxin.

The night was strange with all its noises. Hoots and howls filled the air. Life was exploding here, but it felt as barren and lonely as the Death Zone. I missed mother.

I must have fallen asleep because the next thing I knew, Lonya was shoving my shoulder to wake me up. The others were already awake and almost finished breakfast. Dark circles trained under their eyes - scars of the many sleepless nights we’d had.

"I found something this morning," Lonya broke the silence.

"What is it?" Our simultaneous response.

"Don't freak out, but I went searching for answers this morning. I found--"

"You what?" I said, suddenly angry. "Its not safe out there unless were in a group. The bears--"

"Kainos, its fine, the cat followed me. I would have known if there was danger."

"Would you have gone, even of the cat didn't follow?"

"Yes, but nevermind that. Look what I found." I looked at her regretfully, apology hanging in my expression.

The others crowded around Lonya. In her hands were weathered instructional-looking papers. Some of the text was blotted out, smudged from rainfall probably, but that didn't matter because the letters were still unrecognizable.

"Anyone speak um…" Soter stopped mid-sentence, unsure of the language the papers were written in.

"Wait," piped up Prani, "I think that's Ukranian. My grandpa spoke it to me when I was really little. Pass it here." she studied the words carefully for a long time, eyebrows furrowed. "I'm not too sure what most of this means, kids I'm sorry."

"Well, did you make out any words?" Jaxin asked encouragingly.

"Um, something about leaving, evacuating maybe, unsafe, nuclear, I, I…" she trailed off, lost in concentration.

"Keep going, what else does it say? We need to know," I urged.

"Kainos, giver her time," said Jaxin. I mumbled an apology.

We sat for a while, each trying to put the pieces of the puzzle together.

"I've got it!" Cried Lonya. "I think, um, I remembered reading something about a nuclear accident at a plant called Chernobyl, way before the Holocaust. Everyone living there was forced to leave because of the nuclear fallout, but the land survived. People were too scared to go back because some animals had mutations, but I doubt it's dangerous now. It's been so long. Everyone must have just forgotten about it. Guys, I think we're in Pripyat right now.”

"Shit, no way," said Soter, stunned. "So do we go back and tell the council about this? Do you think it'll be safe to have people living here again?"

It wasn't a rhetorical question, but no one answered.

Finally, I said, "I don't think we should, they'll ruin this place. It’s bursting with life, we should leave the animals be. Let’s keep looking for something else."

"Like what, this is the best anyone’s found in the thirty years since the Euro Dome was established. We have to tell the council," insisted Jaxin.

"No, I think Kainos is right, we should leave this place be," retorted Lonya.

"My grandpa, he, he told me a story once and I can't believe I'm only thinking of this now. He was worried, I think he knew the Holocaust was coming. He told me about this place, way north from here where its cold all year. There's a vault of some kind, with food from all over the world. I didn't believe him at the time, because how could the world not know about this, we were all starving. But, now… what if it's real?"

The icy wind slashed our faces with cold. We trudged on, feeling hopeless. If there really was a seed vault, it must be buried deep under the snow by now, but it’s too late to turn back. We trudge on. 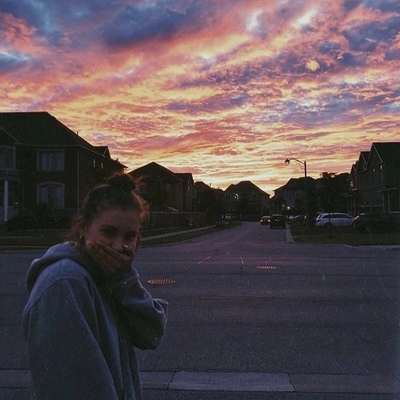