The evening was chilly, and the lanterns lit the night. Eerie shadows danced upon the walls as the young boy named Azariah looked up and said. " Abba, I see three stars close to the moon." Simon came close and ruffled the hair of his son and looked up into the night sky and nodded." Yes, my son. There are three stars in the night sky. Shabbat Shalom." He looked to Yeshua and said," Ok, brother, tell your wife to bring the food. We hunger! "

James said, "Simon! play the lute." Simon growled slightly and grabbed the lute, and began to sing. " Jerusalem, If I forget you. Let my right hand forget its skill. May my tongue cleave to the roof of my mouth." Andrew came forward laughing while holding his ears." Oh, Lord Bless Oh, my soul! Simon, you can not sing. Eden, did you tell him he sounded good?" Yeshua and Mary were laughing, and then he leaned in and whispered into her ear.

She nodded her head and rose from the table, and brought the pitcher of wine. She reached out and poured him a glass and handed it to him. The goblet was simple but efficient. He had carved it for her from a large block of rose quartz. He held it aloft and said," Baruch Atta Yehovah, Melech Ha Olam Bore' Pre Haggafane."

Eden hissed at Andrew and swished her hand at him to go away and then kissed Simon on his cheek." Well, it's better than Imma's singing. Abba thought she was killing the neighbor's cat one day." Simon looked at her and said," Eden, I'm shocked!" He knew she was telling the truth. He had heard her Imma singing one day while doing the laundry and hanging it out. He quickly left the house and went to find Andrew that day.

Sitting there at the table, in the eerie firelight, God sent Mary a vision. She took in a deep breath and thought maybe the demons had come back then realized it was Hashem and relaxed. Yeshua turned her way and reached for her hand. At that moment, sitting at the table, he saw her vision too.

He was hanging there, Nailed to the tree. The beautiful tall Dogwood tree that stood in the center of the stone hill outcrop in front of them. His blood pouring from his body in torrents. She stood at the foot of the cross, looking up at him with tears in her eyes holding her burgeoning stomach. Her peach dress blew against her body in the wind revealing to the world the babe she carried.

She was only four months along and no one knew yet but Yeshua. He spoke words to her as she looked up at him. His words filled her ears but no one else could hear. She nodded her head and placed her hands on his feet. " I will not leave you." She said. He looked down lovingly," My love, my sunshine. You must go on without me. You know what the mission is. Carry it out as I have instructed you. Don't let them forget today." Behind her, she heard a commotion and paid it no mind because her husband, the one who had redeemed her, was hanging there, dying. He set her course and righted her life. To him, she owed her everything. If it were not for him, the dibuk would have consumed her. He brought her clarity and peace when no other could.

He saved her life and therefore the life of her babe now, some two years later. She would forever be grateful to this gentle soul who loved so completely. Her life would be bereft when he was gone. Then she heard a loud voice yelling." What are you doing? Why is his mother here! You know this is wrong! Mary, come here to me. Don't look." He pulled her to him and placed her head on his chest while she screamed and cried. His wife moving in behind her and placed her hands upon her back to hold her there. Everyone knows a mother should never see their child die. A sacrifice was never Kosher if the mother witnessed its death. Mary yelled loudly looking at the young rabbi's chest grateful not to see her son in such agony. " I was there the day the shepherds laid him in my arms and he took his first breath. I will be there when he takes his last." The young rabbi had helped her son carry the crossbeam up the hills. She allowed him and his wife to help her because he helped Yeshua.

Mary clung to Yeshua's hand, shaking in fear. He caressed her finger softly as the vision continued.

It sped forward to after his death. Yeshuah tensed for a moment in unease and relaxed as the scene unfolded before them.

It was as if they were standing there witnessing the moment. He was laying between them. His mother, wearing the most beautiful blue color. The color of the sky because she knew it was her favorite color. His head was in her lap. His feet were in Mary Magdalene's lap. Shakingly, with deep breaths, she pulled the spike from his feet. They had driven it through from the back. She tugged hard, and she grits her teeth. She groaned with a low keen underneath. Her redeemer was gone. She was all alone in the world again. Without him. The one who had saved her. She leaned forward, keening softly through her tears," Oh my God! There is so much blood! Oh, Yeshua! look what they did to us." She looked up desperately to John and said," It's everywhere!" Her beautiful peach dress was covered in blood. Then she looked at his mother. She looked down at him. She pulled the thorns from his brow. One of the thorns was so long his eye was torn from its socket. She turned her head and swallowed the vomit that threatened to come and turned back to the task at hand. " My son, oh my beautiful light in the darkness. They have stolen the light from you and the whole world. I can not bear to go on without you. My sweet boy." Her hands were shaking as she cleaned the blood from his face and looked at Mary and said, " Get ready daughter, it's about to get really hard. They will hunt us down and root us out. I was told to take you to Egypt as soon as we can. We will mourn for an omer. Then we will leave before the child is born." She stood up and turned to Joseph, who was holding an urn of oils. A bundle of linen on the other hand. Nicodemus took another jar of oil towards his feet and handed the bottle to Mary. who rubbed his feet yet one more time with oil. She sobbed loudly and inconsolably. Mary steeled herself and reached for the linens in Nicodemus's hands and began to wrap his feet. His mother took the linens from Joseph and began wrapping him from his head down after placing a smaller towel over his face. She could not look into those sightless eyes. His eyes haunted her very soul, they were slightly parted, and he looked as if he was just sleeping. Just like when he was a baby.

Then suddenly! The very ground began to shake! The tree that witnessed his death was struck by lightning. The lightning split the tree in two. The hillside shifted about six inches to the North and cracked. There was now enough give for the Dogwood to fall from its crevice. The earth split again, and the blood that was sitting in the bowl near the tree was toppled over. The blood was mixed with vinegar thinning it out so that it poured through the crack in the stone. Then they saw it. The shekinah of the Ark. Yeshua's spirit wooshed down and slammed into the ark knocking the lid off of the corner where the Meshiach's blood was supposed to go just in time for the bloody mixture to drop exactly 7 drops of blood. Instantly! The veil ripped and the course of humanity would be changed forever.

Then the two of them wooshed back to the Shabbat dinner. They looked at one another, and he put his forehead upon hers and gently touched her face. Then he stood up and raised his hands outward and said,"James, a happy tune." As he looked at his Mother, he strode to her and put his forehead upon hers. Then he leaned down and whispered in her ear. She leaned back, tensing for a moment when he said." You always knew this day was going to come. Would you steel yourself to be strong or let it consume you when it happens? I love you mother. I don't want you to be in pain over me. I need you to be strong for Mary. " She patted his arm and said," You are a good boy Yeshua. I love you." John and I will take care of her." 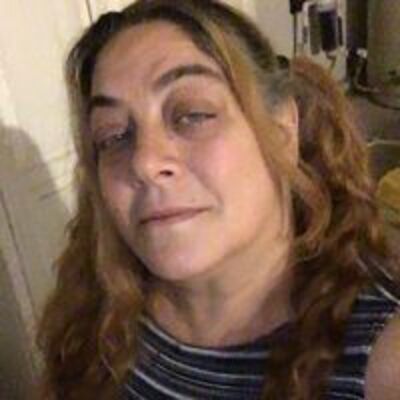 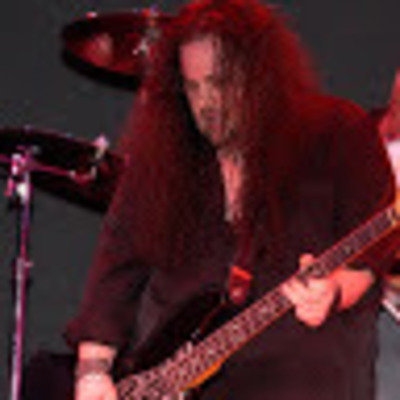 Kudos! I absolutely LOVED this story. The humanity of the divine, the way you wove the lives of those so close the Messhiach was deeply moving. I want to thank you with all my heart.

Thank you so much! I am continuing the story further taking it back to Mary before she conceived, as well as Hall of the Guff, with Yeshuah and Mary Magdalene. The separation of them because the Angel took him from her. Then Her birth following a year or two later. Then of course following their lives until they converge two years before the crucifixion and after. I am really enjoying delving into Yeshuah's Jewishness.