Submitted for Contest #90 in response to: Start your story with someone sitting on a crowded train and end it with them looking out over beautiful natural scenery.... view prompt

The train was packed.

People filled each seat, but some still flooded into the aisle. Everyone ate. Gossiped. Drank. Mingling for the most part.

But not me. I was sitting in my compartment alone, since the other passengers forced to be seated with me went out to have a chat with others. With my short brown (yet very red) hair, and my signature trench coat, still no one recognized me. A top detective in the city, solving crimes, burglaries, and even murders.

It was the latter I was solving now.

Southwood was a quite town, feeling like the classic west land. Filled with tumbleweeds (with the people sourly tried to remove, as it is still a huge problem) and hot, beaming sun. I had researched about it, of course. And I had read many old newspapers trying to find any hints to who could have killed John Burlock. No murders had happened here before. A couple burglaries, yes, but nothing more then a normal town crimes. Place a bank in a town and there will be several people trying to take the money for themselves. But they're sloppy when doing so. They might not wear gloves, and leave fingerprints. Even so, they might be wearing animal skin (or fake) gloves. But even those leave a mark, and then people will know to look for someone with those kinds of gloves. They can be seen. People work in the bank. Of course things could turn to violence, but the sound will let everyone know someone's trying to break in. Which is why burglaries are easier to solve.

A murder, on the other hand, is a much more difficult task.

When you've killed someone, being thorough is covering clues is a must, or else you'll get caught instantly. Even sometimes you could place the gun in the victims hand and trick people into thinking it was suicide. A lot of ways to turn the people's opinion. Like a spinning top. So many fake clues. False leads.

The train skidded to a stop, and the crowded train started to empty. I grabbed my belongings, and opened my map. I had marked where the nearest inn was. And the place of the crime scene.

The next morning, I met John's brother at the crime scene.

"Miss," he started, shaking his head, "I don't know who could've done this to John, but there are a lotta people here who would've a motive."

I pause, and turn towards him. "What do you mean?"

He started to fidget, "He- he wasn't so nice to everyone of 'is customers. Whenever a customer did the smallest thing, 'e would kick them out. Never serve 'em for a while. 'E had anger issues I guess."

I took this into consideration, and opened my notebook.

I pause in front of the house door. "Did anyone come in after the shot?"

"Ok..." I kneel down a see a set of footprints. Surprisingly, the shoe size was labeled. Size eight men's size.

"Are you sure not a single person came in?" I asked.

"Only our mother. No one else."

I wrote into my journal.

I quickly took a photo of the footprint using my camera, and placed it in a bag. I would have to get this photo developed later on.

I opened the door and stepped inside. The foyer was a mess, most items were shattered or left on the floor. Everyone was a huge mess.

"Seems like John tried to defend himself on whoever came." I scribbled in my notebook again.

I walked inside. The mother was standing inside, hair a wild mess.

"Don't worry, I'll find out whoever did this to your son." I said, calmly reassuring her.

"I know you will." She took a deep breath. "His body was found in the kitchen, he was shot in the chest." She led me inside. The kitchen was a worse mess then the entry. John was clearly shocked and was trying to defend himself. Near the dining table, I saw a small string. Very small, not that noticeable.

It was a brown color. Not too deep, a little light. A mix of tan and burlap.

"Recognize this color?" I asked Benny and the mother. The mother squinted, as if she had but couldn't remember where. Benny seemed a little nervous, but got himself together fairly quickly.

"We've both never seen it." He said. His mother didn't disagree.

"Hmm, ok. Say, do you two know anyone with a size 8 shoe size? Men." I looked at both of their body behaviors.

Benny spoke first, fidgety and running his hand through is hair excessively. "No, although the bartender across the street might."

The mother hesitated. "Benny does I think. I'm not too sure."

I scribbled this in my notebook.

I think Benny looked over my shoulder, but he said nothing. I wasn't too sure.

"That's all for today. I'll be back tomorrow." I said. I walked out of the house.

I sat on a hill, dry and dusty, but facing the horizon. The sun was setting, leaving an orangey-reddish haze. As I enjoyed the beautiful scenery, I opened my journal and tried to pin the clues together. The mother had also given me a family photo including John.

Benny's shirt in the photo seemed familiar. Looking closer, it matched the exact color of the string found where John's body was.

And he had the same foot size, didn't he? His feet in the photo seemed relative to that size. The photo wasn't too old, taken a couple days before John was killed.

Did Benny and John have a fight? The newspapers once talked about Benny and John, about how Benny wanted to inherit the store next, but it was given to John instead.

It had to be Benny. I remembered reading an article about John's store. The customers loved him. But Benny claimed the opposite.

"It has to be Benny." I muttered to myself.

The next thing I hear was a gunshot, ringing in my ears as I greeted Heaven.

Interesting story! I'm glad there wasn't a lot of blood mentioned (that's really great for me XD), and it rolled smoothly like the wheels on the train ;) I like how it was a western (and now I'm feeling inspired to write one XD). I noticed two small things: "I had marked where the nearest in was." I think you meant inn. "I don't know who could've done 'is to John, but there are a lotta people here who would've a motive." I want to assume that 'is means this, but you used it again as a reference to his so I'm not too sure... overall grea...

Thanks for the feedback! I'll fix those up soon! :)

Hey starry! Want to do a roleplay?

Yay! Name: Karma Albee Joyce Backstory: On the run because of a murder she didn’t do. Powers: Shadows Pets: none. And that’s about it I guess Setting?

Hmm, maybe in an ally-way or a forest? Cause if your on the run, then you might be hiding in either place. Ok my character: Name: Carmen Lynn Backstory: Running away from home Powers: Mind-reading Pets: None Hair Color: Black Eye color: Green That's all lol

Ok! :D Do you want to start or should I?

Very heavily mystery, lol. Literally, I could imagine this almost in like black and white, voiced over. Really great descriptions and tone! 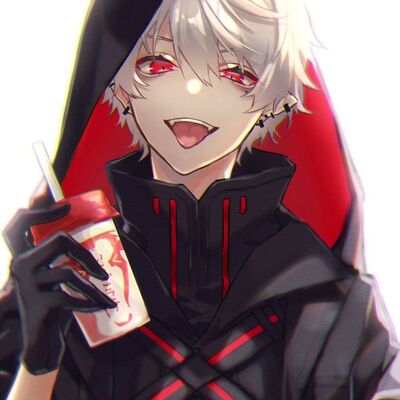 Excellent job!!! I really like crime stories. I've read a lot of them, but most of them were just m e h BUT this one is really awesome

I kinda get a lot of ideas for things, so I may have thought of another new story. Could I tell ya about it?

So the main character's name is Comet, and here's the thing for it: So its like a Prophecy thing, with it saying there's a new character (Comet) that's going to appear and help the other characters defeat something big. It's not exactly a 'chosen one' type thing though. And there may or may not be a few things that are troubling Comet as well, with a few things that I won't say, but she does find it hard to believe that she'll be able to help defeat the thing. Also, there's another part of the thing where its revealed that someone may perish...

Oo that sounds really interesting! The someone may perish part would definitely add suspense. ^^

There's one problem though that I'm having with the someone may perish thing, could you help me real quick?

New thread. I guess I've been doing alright lately, still just bored from time to time :/ Though I've kind of been getting a bit nervous lately about a few things.

Do ya maybe have any song suggestions?

Mhm! Here are some: -> Moral of the Story -> Before You Go -> Hold On -> Line Without a Hook -> Driver's License -> Little Did I Know -> It's Ok If You Forget Me Lemme know if you want some more suggestions!

Oh my, I absolutely LOVE "Before You Go" and "Hold on", and yes, I think I'd like some other suggestions.

So who is everyone thats gonna be in the reedsy cast thing?

I got you, Celeste, Lone Wolf, Chase, Abigail Cross, Cookie Carla, and someone who decided to go anonymous. Since I got 7 other people and I want to start writing soon, I'm going to create my own character and not have the twin role or innocent role.

Wait so what are ya gonna do for the anonymous person then? Like, pick out a random name for them or something in the story?

I mean that someone filled out the form as "anonymous", so idk who they are, but they still made a character so- I tHiNk(?) i know who it is tho, but im not entirely sure

Alright then, so will you tell me whenever the story is out?

Mhm! It'll probably be done this week, maybe next week though

Okay, kinda random question, but I'm curious and I haven't found anyone else yet. So, do you know what "Transformers" is or have ya watched it before?

Mm I've heard about it, but I've never seen it. Is it good?

Yeah, It's great ^^ I've always loved any of the shows tbh. You don't have to if you don't want to, but one of the main shows of it that I know and watch is "Transformers: Prime" and some of it is on Netflix and a few other things ^^

Nice! Rn I'm re-watching Stranger Things, but once I finish I'll check that out sometime!

Oh, Isn't Season 4 of Stranger Things going to come out soon? I might have seen a teaser earlier for it.

Mhm, I don't know when tho. 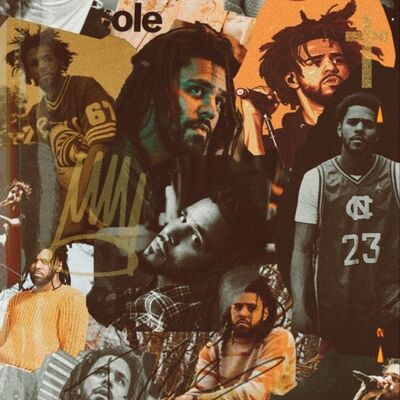 This story was executed so uniquely. At first I wasn't exactly sure who the MC was but then I kept reading and it sped up. Overall I really liked the story but I did have a suggestion of a sort: Your ending was very sudden. I think maybe if there was a conversation between Benny and the MC before he shot her would've added more context. Or maybe even a different setting then just "outside enjoying the beautiful scenery" would've added more description and context to the ending. Your story was so great!! I loved how you started the story of...

Now reading the prompt... I see why you added the scenery... XDD