A gray, somber sky is somehow more beautiful with its counterpart, this antiquated bristle cone pine tree, towering beneath my vision. I sit beneath it as a fairly antiquated person myself... I try to come here daily, but busyness and the world's paranoia inhibit me from coming more than weekly some weeks. Leaving your own home upsets people, but what's ironic is this place is home...outside, under this tree.

Still, the relief I feel seeing this tree after all these years gives me a reason to go out of my way for it.

When I was young, my parents would take me to this tree to fly my beat-up old kite, or to pass the frisbee. My mom when she was young was taken here by her parents to have picnics, and my father years later met her accidentally when she was reading a book under this tree as a late teen.

This tree is how they met. It's how, in part, I became an idea for them. Turns out, I was the only idea to come forth from them by God's mercy. It took a decade from their meeting, and 8 years from their day one of marriage, to conceive me.

No sisters and brothers came before or after me.

My own son has gone before me, and my husband left not long from today. I still grieve their deaths, especially Kenneth's, under the solace of this pine palace.

"Yes, honey, and what a beautiful rosy sky today!"

Daddy doesn't say a lot when we come here, but he always pick me up on his shoulders! I can tell he is happy by his smile, and even by his not saying anything! Gotta play frisbee now!

I don't know why my dad had to leave us before I even turn 16, before my future wedding, before anything major happens! Just me and mom, in heartbreak... this dumb journal almost willed this to happen. It took years, but mom always said to put honest heartbreak in here, and honestly, my heart is too broken to write anymore...

"See you later for lab, Tracy!"

It's been a couple months since moving onto college campus, and I see a box I still haven't unpacked. Everything else pretty much is where it needs to be, but this box was the one mom gave me of stuff she thinks I'll need. I'm pretty sure I won't because she always overpacks... let's see...

"The journal?! Has it been a couple years already since dad died?"

I feel like a child faking a college career as I open this journal. Tears remind me what you have done for me, not against me. I buried too much when Daddy died... We have some catching up to do.

It's been such a short time since graduating college and I'm already marrying Kenneth! It was meant to be when I met him in 1975... it was like life began again! I'm sure you'll get lots of meetings with me in this new chapter! It's so good to be back at this tree for our wedding. Home again.

I wish I could express to Kenneth what I can so easily express to You, God... you're the reason (not this journal) that I can move forward after my daddy's death, and why I met Kenneth in the first place, and why this tree is still standing... But this journal is an easy way to speak to You. I should say journals, many. I've got about 30 lying around and they are all filled. This is the last journal of the box my parents gave me when I was a child. I'm off to grab some more!

If You had told me Kenneth would only take until the end of the year to follow You like I do, I'd laugh! But I'd wait that long all over again!

It's been a long 5 years wanting a child, and I'm so thankful for little Ruth. Our lives will never be the same.

It's hard to write in this journal as much with our young Ruth and life taking hold, but I am trying to give You the time I have between all the daily things. This journal is my quiet, safe space. But I'm not alone when I can't get to it.

"I was hoping to wait until dessert but I doubt I can!"

I told Kenneth the reason I've felt sick the last few weeks. I thought I had the worst bug! But now we have to prepare to be a family of 4.

"Ruth, you're about the age now that I was when I first saw this tree, but I'm so glad you have been around this pine palace for your whole life so far! And Liam, you may not remember this tree because you were so young, but we came here a lot these last few years. With your daddy working so much, this has been the best place for us to see the sky and field and flowers!"

Our Ruth moved out today. She actually is 21, even though most of her friends moved out of their parents' house around 18. Liam has at least a couple years left, as he' s still in high school and I plan to cherish this time... I pray time goes by slower...

Liam has some best buds he just moved in with. I'd say time wasn't that much slower... I have to grieve the loss of my mother too. She was in her early 70s but had lung cancer and survived it longer than we expected... but I can't help but feel like an orphan...

Kenneth is hoping to retire early! Just a few more years! Can't believe it is in our sights! And not only that, Ruth and her husband are expecting baby #2! Liam isn't married yet, but I have a feeling he won't! He loves to travel and that's what he's married to. I want to be more okay with that since we have grandbabies anyway!

I was okay with Liam's not marrying, but his travelling worried me at times... and my worst fears are confirmed... his ambitious hike caused a serious fall and he's been in a coma for almost 2 weeks...

He hung on as long as he could, but Liam died a few days ago... forgive me, God, but You could have spared his life and You didn't...

On the anniversary of Liam's death, so many people gathered to remember him. The memorial last year was sweet I'm sure but I'm less of a ghost... Ruth and her husband and kids, Kenneth my beloved husband, and so many friends of Liam's are here. It's surreal and sad, but also full of the best videos and pictures of his travels. He had quite a following on social media and while I don't usually love social media, I love it now.

It's a new year, but with Kenneth a few years into retirement, I'm too used to being around him constantly, so I retreat to my pine palace. I grieve Liam still, but it's more of an "I miss you" than the harsh replaying of his horrible fall. I've had to piece it together over the last couple years... I miss Ruth, but only because her kids keep her busy. They've lived out of state for a little while and plan to move back by the end of next year.

It's been about 9 months since Ruth and Jack moved back with their kiddos and it's been a breath of fresh air! I relish the time with them, which is why I'm seldom in my words on these pages lately... but you bet I've taken Grayson and Evelyn to this tree! Kenneth doesn't always come with us, because he likes to decompress at home sometimes in his projects. He won't say it, but he sometimes needs his "me time" away from me. We always have lunch with him after our outings though! I realize Kenneth's quieter nature reminds me of my Daddy...

It's been five years since Liam... and it's been 5 weeks since Kenneth... he wasn't that old, but he certainly wasn't young... Covid was a joke to us for a few months, but now it's too real... I escape to the pine palace but it feels more like prison today... it's full of memories and it's not a happy day. The sky is gray and still... and so am I...

It's at this tree I hope to go, enjoying its grandeur and my lack. Words won't come forth from beneath this tree when that time comes, except for the ones over the years ringing out through invisible gusts of nostalgia, and in this very journal. I've got boxes of these journals and it's physically hard to write much anymore. A year without Kenneth is a good place to slow down and maybe stop the writing...

I can't help but think someone like me had a lifetime under this old tree. It's so tall and aged it has to be 100 years old, maybe even many centuries...

You hold my words, God. This tree is still standing, and somehow, still am I. 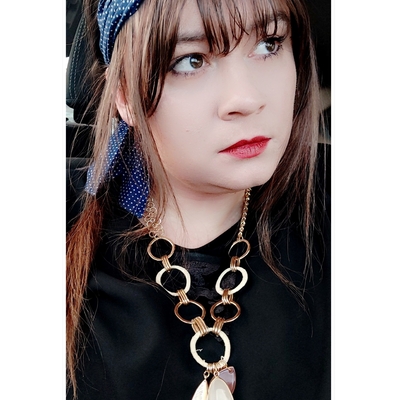