But they'd all gone. Even Andrew.

She tried to turn it over in her mind. What did they all have in common? Had something happened years, maybe decades ago, that had linked them all?

Dead bodies were not a common sight until this week. This morning she had walked past thirty-nine corpses before she stopped counting and started crying.

There was something about a significant number that was playing on her mind, from a book people used to read before it was banned for being politically incorrect and divisive. Her brain had already been racked but scanning through the racks, she could not find the number which might have been the link to the devastation around her.

Discovering anyone alive and willing to talk was proving impossible, so returning to Bulworth Grove she made herself an instant coffee and sat alone in her silent house wondering whether she would be next or if it was over now.

There had been a pandemic fourteen years ago and they had warned of hundreds of thousands of deaths then but almost no one had died. This week had come without warning and the stench of mortality laid bare, pervaded even the tree lined grove where she and Andrew had lived for forty years.

Her mother and father had both died suddenly twelve years ago within weeks of each other but they were in their nineties so it was to be expected. Her brother's death had been a shock, he was older than her, but apart from eating too many carbohydrates he was in good health and in this day and age 81 wasn't really old.

She spoke her Smartiv on. A blue screen accompanied by a low buzz appeared on the wall. They’d all gone too, at least enough of them to render it useless.

What are you supposed to do when everybody drops dead?

And there was the number on a piece of card with the letters NHS at the top right hand corner. Six hundred and sixty six. That was the number she had been trying to bring to mind although why it seemed significant still puzzled her. She turned the card over and over in her hand. She had seen one like this on her parent’s sideboard when she cleared the house and her brother had a tatty one tucked in his wallet. She often wondered what a wallet was for and why her brother insisted on keeping it.

That reminded her she needed to eat and her Smartiv wasn’t working to order food. She began to sob.

Why hadn’t she gone too? That would have been better. Why did she have to face the horror that was unfolding? Sometimes misunderstood as being   difficult and contrary she had grown up resisting the norms. She hated the term ‘free-spirit,’ although it had been attached to her by many who weren’t.

Her spirit didn’t feel free now. What are you supposed to do when everyone drops dead?

Maybe it was hours later when she made another coffee and heard the Smartiv flick on to show her a person at the door. It was not a face she recognized and suddenly she was afraid. He called out. “Sorry, but I saw you go into your house and there’s no one else.” His eyes were red with crying. She opened the door and they stood there in silence. After a few moments she heard herself saying, “Why?” She was saying it over and over like someone who had lost their mind.

His arms were around her and he was shaking with the same devastation she was. “Because they thought they were doing the right thing,” he said eventually.

The door step seemed the most normal place to sit maybe because nothing seemed normal now. He held a piece of card with the letters NHS in the top corner.

“It began fourteen years ago” he said quietly, “not enough people asked questions.”

“What questions?” she asked.

“About the jab” he said. Tears were once more rolling down his cheeks and onto his beard. “If they had believed in me as easily as they believed in what the media fed them, there might have been hope.”

They talked for a while and he commended her bravery for standing up against the crowd and for reading up on things instead of taking it all at face value.

“So we were lied to?” she asked incredulously.

“Yes” he answered. “Not everyone knew it was a lie, but once the truth has been forgotten you are left with nothing else.”

“You are not the first person to ask me that,” the stranger replied with a smile.

“But like the first person who asked me, if you don’t want to know the answer, you can’t see it even when it stands in front of you.”

“But people are dying, just dropping down dead. My husband has gone.”

She seemed puzzled for a moment. “He didn’t have the jab” she said.

She looked into the man’s face, searching for truth.

“There are people who hide the truth” he said, “They say they are doing it for the greater good.”

Deep down she knew Andrew had hidden so many things from her. She had said nothing about the texts she had read and the receipts she had discovered. No wonder he hadn’t told her about having the jab. He knew she was against it. He had always carried on doing things she was against. They hadn’t argued for years. He would just quietly do what he wanted and she would have to manage.

“What now?” she asked the stranger who had knocked at her door.

“Now we start again” he replied. “We start with the truth and we don’t sell it.” 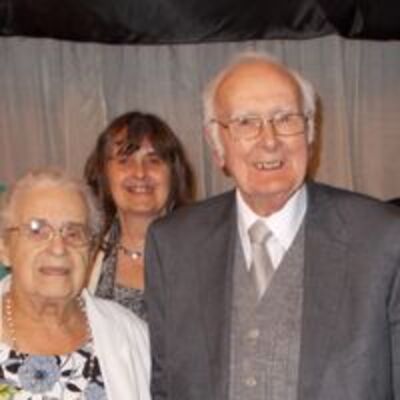