Battle with the dark lord

Long ago the Dark Lord was the most supreme creature in the world until The Nameless Sorcerer was born. The community had soon realised that the sorcerer was more powerful than the Dark Lord. The community turned to the sorcerer and asked for help. The Nameless Sorcerer agreed but he could not stop the Dark Lord forever but he could seal him in a magic board game. But for that he needed to seal himself into items as well so he sealed himself into 5 elements Space, Water, Fire, Nature and Wind, which destroyed his body, but kept his soul alive. He knew his heir would host his soul from his body. So these five parts of soul created a divine planet which humans called Earth.The guardians of magic were

scattered around the planet were isolated in an area of the planet called Evestria, the area was used to create the Everiytia School of Magic so that the next generation would learn magic and be defenders of the Magic arts.

A few years later there was a eight year old orphaned boy who was skilled in magic named Hydeir. Hydeir loved magic. A guardian of magic found this boy and he convinced Hydeir to come with him. Little did Hydeir know that path he took would change his life forever.

The guardian of magic teleported Hydeir and himself to the Everiytia School of Magic and helped him buy items for the school …...

The guardian took him to the headmaster of the school to discuss his admission. “ Who are you? Hydeir whispered quietly but firmly. ``My name is Formia and we sorcerers that bend time and reality by the use of the dark arts” the headmaster replied.” And from now you shall be known as Hyde. He saw the magic in Hyde the supreme magic. Then he used his Twilight relic wand to age Hyde ten years into the future without any memory of his past to make him the hero the magic and non magic world needed.

Soon Hyde became one of the best students in the school. It was time for the next level. Hyde now was a senior at the Everiytia School of Magic. All seniors needed a twilight relic to practice and use difficult magic. Professor Twiman taught the students how to create twilight relics. Hyde had quite difficulties creating his relic but he finally created his relic it was called the Third Eye of the nameless doom wand. Then it was night time, that night Hyde could not sleep. He felt like something bad was going to make happen and something bad did happen!

In the headmasters office an unwanted guest found his way in... “It has been a long time since we met Formia!” a booming voice cried “Scythe!!!! the headmaster exclaimed! The headmaster took out his relic, ( The wand of the last master) Somnia the headmaster said with his wand pointed at Scythe.“ Your magic can’t hold me back any more Formia Hahahaha!” Scythe said with a twisted smile, reflecting the spell back to the headmaster. The headmaster couldn't take the force of the spell and fell down immediately. Scythe laughed evilly and stole the magic board game.

Soon Hyde couldn't resist and rushed up to the headmaster. When he reached the headmaster’s great big office. Hyde frose in terror as he saw the headmaster lying down nearly dead. “Hyde”! the headmaster cried in pain. It’s my turn to go to heaven. You have, a connection to the Nameless Sorcerer.

Find the old guardian, my boy, he is our only hope. “What about Heler Mainstream the healer and the hospital room,'' said Hyde hopefully? But the headmaster could not hear him because he turned into golden dust and flew in the sky. Scythe on the hand was playing the magic board game and summoning the evil spirit. “ What are you doing here kid?” a voice said to Scythe.”

“Hahahaha” Scythe laughed maniacally. It was a night guard, “Acoss!” Scythe shouted, a flash of lightning shot out of Scythe’s twilight relic. The man who was in the unbreakable grasp of Scythe’s twilight relic burnt into ashes. Soon Scythe heard a voice. “ Who calls on me?” a deep and gravelly voice said. ¨My lord it's me, your loyal follower Scythe. ¨Scythe¨? the voice questioned. Yes, my lord and I have come to destroy the world.

"With you!"  Now Scythe was surrounded with pitch black darkness. Hyde woke up and pain was setting throughout his body.

The Greedy Monk and the diamond ring

He set off to find the old guardian but when he sat down to rest near a cave a very fat hand reached out and stole Hyde’s diamond ring. The fat figure broke into a song.❝ I am the greedy monk monky monky monk. I steal treasures and do not give them back, fight me and do not win if you do you still don’t get the stolen thing back！Hyde burst out with anger  and without thinking he casted a light charm on the monk “Mania” Hyde cried but as he did the monk broke into a reply, `` Is that …. MASTER！NO…. BUT YOU ARE GONE ! ``No Orchid, a manly voice burst from Hyde. ❝ This boy is hosting my spirit with his body , he desires to meet the Old Guardian, Formia is dead, and the board game is stolen, and I can sense the dark lord's spirit. ❝ Without saying anything The Monk nodded crying he teleported Hyde with his diamond ring to a dirt hut. ❝ Master whenever you need me call on me and I will come to you❞ The monk said to Hyde.

Hysteria and the Cave

❝Hysteria❞ ？Hyde asked. ❝Yes, a voice answered. `` The dark lord has returned, Hyde said worried. ❝I know and that's why you need to visit the cave of elements and destroy the dark lord with the power of the nameless sorcerer. ❝What But how❞？Hyde asked? ❝Orchid❞ Hysteria replied. Yes he remembered the greddy monk had the power to teleport people. ❝ ORCHID❞！Hyde shouted. ❝WAIT！take me with you, this old man might be of some use, Hysteria said.  Green shimmering light surrounded Hysteria and Hyde.

Bang, Hyde, Hysteria and the monk were teleported to a dingy looking cave. Where are we? Hyde asked. The cave Hysteria said, clutching his walking stick and getting up. “Who dares enter the cave of power”. “I enter the cave and my name is Hyde,” Hyde said. “Hyde?” the cave asked. “Yes" Hyde said. The cave started to speak gibberish. Five lights erupted from the cave's mouth. Once he took hold of the light he could see the spirit feeding on Scythe.Scythe was the spirit’s 8 sacrifices. He had to go quick. Hysteria offered to help so Hyde used the offer. The monk vanished into thin air too.

“The endgame has begun my boy Dark Shadow is back” said Hysteria and with one swish of his cloak he vanished along with Hyde . Soon Hyde was in front of the spirit. Before the spirit could attack Scythe Hyde shot him with the disabling spell it was for the headmaster. "Hahahaha!" the spirit said. "You see, I have the headmasters wand! You have angered me too often," the spirit said and shot him with the killers hex Himaina . But before the hex attacked Hyde  he let go of the elements The relic belonged to no one . The headmaster died by his own will; he was growing too old to live. Ten parts of nature sealed the spirit into 5 items and hid the items in places  where no one could find them because he had placed them into each corner of the planet with complex but impressive magic.

Everything was okay. Hyde was headmaster of the school. Scythe was safe and taught Defence against the dark arts at the Everiytia School of Magic. Scythe's Younger brother Josh taught spells and anti jinks at the school. All sacrifices were returned to their normal lifestyle without any memory of Dark Shadow and his evil plans 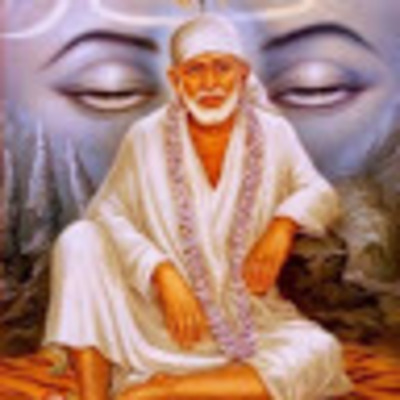 I owe my sister Sia Sharma a lot of the work. She was my editor 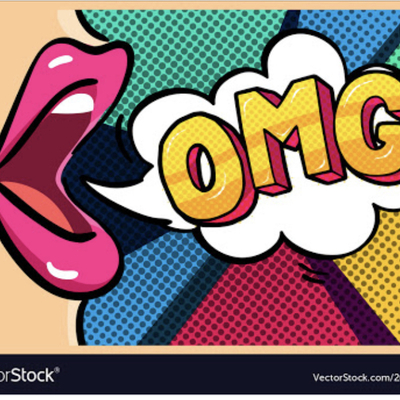 WOW! AMAZING 1st STORYY I LOVED IT ..... AND YEAH IT WAS KINDA LIKE A HOGWARTS~ISH STORY... AFGAIN LOVE THE STORYY

Ooh, so this is kinda like a hogwarts-esque story, right? I LOVE that trope. My only critique is that you split your story up quite a bit, and there wasn’t as much flow as could be desired. Maybe you could have made this a series and made the parts longer to make it a little less choppy?

Hey! Wonderful 1st story! I liked the whole mysteriousness and suspense! You did a lovely job with the names, and the spell names were nice. Keep up the good work, and waiting for more!!