A Piece of Cake

Submitted for Contest #89 in response to: Start your story with an ending and work backward toward the beginning.... view prompt

Look into my eyes, she thought, as the last man standing looked at the piece of cake on his plate. You know me. You. Know. Me. The other guests were beginning to feel their last breath, but she kept staring at one man in particular as he fell with her creation in his mouth. He did look at her, noting her smile and how she was the only member of the staff to be there when they toasted each other. It was a little touch of something extra for all of them. Every last one of them.

Laura had looked carefully over the plan for the day. A very heavy man with a face she knew too well kept wiping down his bald spot while he explained what she would do. He was in charge of the crew and gave instructions on dress, how the meals were to be prepared, and when to bring out the cake.

“This is all to be delivered before the first dance and after the speeches have been read out. Understood?”

“Sir?” He smiled, wiping down his face now as he grinned through at least two gold teeth. “Please…call me Daniel, my dear. Sir is so cold, so distant on a day like this.”

He did not grope her or accidentally brush past her as he had done over the last week (all part of her plan). He was on the other side of the wooden table where the different tiers of the wedding cake would be assembled, but she knew that she needed to smile now. This was necessary.

Her smile, well-prepared, glowed and glittered under the lights dancing off the pots and pans.

So they would have the cake slowly carted out into the main hall with no security inside and plenty of time for her to get out once it was done. At least she was already inside…

…and what a week it had been. Laura had been part of a twelve-person team that would handle the cake and other pastries. She had put her skills down as pastry cook on the CV she created for her application, and it was a very interesting discussion during her interview.

“Wow. Five years of training in France and Italy at…”

She made up some names; borrowed others.

“You seem very serious about this work.”

He grinned that time, too.

He had not been sweating during the interview, but he wore the same handkerchief in the same breast pocket of his suit (always well-dressed; note that fact).

She tried her smile on him that first time as a test.

“Good. Oh, and I am sure that you know a little about this family and their reputation.”

“Okay, let’s cut the crap for a minute. Everyone has heard of them. Don’t tell me you don’t follow the news or…”

And then she got the speech. This was what she wanted. It was a perfect way to confirm that she was on the right path.  And she had a well-prepared response ready.

“I am a cook. A very good one, and I am aware that this family does not have the best…reputation in the city or the press.”

Here, she smiled again, almost ogling the fat man in front of her.

“But if I believed everything that I read in the press, I would not be smart enough to know that this is a great opportunity for a woman trying to get ahead in this field…Daniel.”

She had rehearsed this and many other scenarios in the hotel where she had found a room and a monthly rate that she could afford. There was no need to share too much information with the owner. It was not quite run down, either, but it was seedy enough to be unnoticed. The hardest thing would be choosing the right outfit for that interview. They had told her to come in next Monday and by Friday she had settled on five different looks. No red; nothing too tight; show a little skin at the throat; simple earrings and no necklace. Great.

She wished she had someone to share her thoughts with, at least at moments like this. It would have made her feel better about what had to be done.

It would have been so much better; so, so much better. Two years of training and studying all of the ways of taking out an enemy had led her around the world. She had once been so anxious to have her revenge that she nearly injured herself and others.

“Slow down and concentrate on what you will do, not on where you are right now. Everyday, you get stronger and stronger, smarter and smarter, better and better, faster and faster…”

She learned how quickly certain undetectable poisons moved through the human body and when to serve them.

“Everyday, you are getting stronger…”

A small frame concealing so much strength. Her muscles did not give too many of her secrets away.

Seduction is an art form, and she had practiced enough to be a da Vinci of manipulation; a Picasso of the lure. But men were easy, especially when you had a certain look. Would she need to do this with women?

Good. That is also out of the way. It was much easier with her own gender, she thought. A disturbing idea at first, but…

She could load a weapon, draw a knife, or even get a wire taut in her hands and then around a throat at devastating speed. But she was learning to be patient with these skills. And she had to wait.

“And you remember the exact words, little monster?”

Was he setting her up for this? Did he know what was coming, for himself and whomever would have to carry on?

And how did they not know about her?

For a group of professionals, they were really sloppy about leaving alive and taking out the rest of her family. It was strange that this was the first thought she had when she saw the news, heard more rumours and suddenly realized why they had not come after her.

It was all daddy.

It was daddy that personally hid his favourite child from the rest of the world (he had told her she was too pretty for “the common herd” – she loved it when he said that). It was daddy who organized parties for birthdays, Christmas, Thanksgivings (yes, both of them) that were just between the two of them. It was daddy who never discussed his business with her and sent her away to private tutors under an alias. He wanted to protect her.

He was her daddy.

She had stared carefully into the wooden bowl and her eyes puffed up with surprise and tears from the flour in her eyes. How did learn to cook that well? It was another private birthday, one of the first ones she would remember, if only for one reason.

“Now, you stir that while I pour this in.”

“Slowly…and don’t forget: when you make this one day, put this together at the same time. Only way you can get it right.”

That was cake mix; rich Dark Forest chocolate with cherries in the bowl. She someone managed to put it all together and make something that she could put in the oven and then eat with her father. And it was good, really good.

“You never know, kid. Someday, you may have to do this for a whole bunch of people.”

He smiled, tapped her on the nose, and said the only other thing she remembered that day.

“It could be pretty important.”

She tasted the mix on her fingers and waited for the cake, her cake.

And it was going to be delicious. 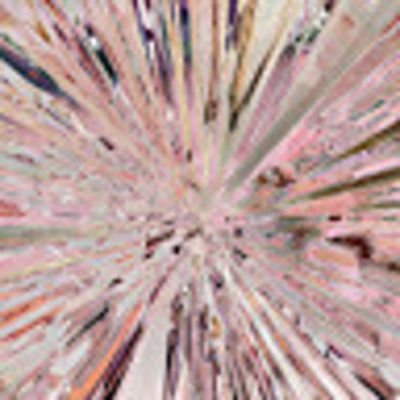