A Leap of Folly

Submitted for Contest #89 in response to: Start your story with a character taking a leap of faith.... view prompt

A Leap of Folly

I always loved writing, and, for the most part, got high marks for the little stories that I wrote in school. Teachers encouraged me to become a writer, and my paternal grandmother, who had once worked with such artists as Eydie Gormé and Steve Lawrence, thought that I should concentrate on my piano playing, but I wanted to be an actress.

I was ugly and unpopular. Actresses, I reasoned, were beautiful, and if I were an actress, people would love me. Then I could thumb my nose at all the people who treated me poorly.

So, I took a leap of faith, believing that if I worked hard in every school play, it would pave the road to my becoming a beautiful Hollywood star beloved by all.

I got a bit part as a secretary in the seventh-grade play. I was madly in love with the male lead, a cool guy named Jay. Jay skateboarded to school. He thought of me as a little sister when he thought of me at all.

I was terribly nervous backstage waiting to say my lines. Jay’s friend Tom drew me a picture of a marmot and encourage me to breathe deeply. He gave me a brotherly hug. I imagined that one day Tom would be the best man at Jay’s and my wedding.

Jay and Tom went to high school the next year. I slowly began to realize that Jay would never feel the same way about me that I did about him and my heart was broken. I tried out for the school play in eighth grade but wasn’t chosen. The drama teacher said that I was too quiet.

After that, I didn’t want to be an actress anymore. I decided to be a musician instead. Musicians were cool and tough, and nobody would dare to bully me when I became a badass.

I kept trying. I kept wishing on stars. One of my favorite musicians and biggest influences overdosed a few days after my fifteenth birthday. I promised him that I would take a leap of faith and keep making music. I swore that I would do him proud. I wrote stories about him, turning him into an elf prince or a spaceship pilot.

I had a vivid imagination, but in real life, I wasn’t doing very well. I was bullied at school. I was drinking and doing drugs. I got sexually assaulted by an older guy later in the year, and I started acting out. I was a bad kid, a bad penny, bad news, the black sheep. I had a bad reputation, but not much else. I wasn’t pretty and I had no talent for music. But I kept trying because I’d promised That Guy.

I learned to play multiple instruments, none of them well. I got romantically involved with one of the guys in the marching band at the end of my sophomore year. I let him talk me into having his way with me. I freaked out and yelled for him to stop. He dumped me.

Things were crap at home, and I ended up in the mental hospital when I cut my wrists.

High school sucked, and I was glad when it was over. During my one semester at college, I met a guy who was just as screwed up as I was, but in different ways. I’ll call him Lou.

Lou didn’t do drugs, he didn’t drink, and he didn’t even smoke cigarettes. I didn’t love him, but we had a symbiosis, so I took a leap of faith and got into a relationship with him.

We would discover until decades later that Lou had Asperger’s syndrome. I was struggling with complex PTSD and a great deal of unresolved trauma. We were like oil and water. My emotional problems were severe, and after my bad experiences on the psychiatric unit, I did not trust mental health professionals.

I was branded a “hysterical neurotic” by a psychiatrist whom I’ll forever refer to as Dr. Fraud. I was later diagnosed as having “borderline personality disorder,” a label that I reject. This term is overwhelmingly applied to girls and women. Upon closer examination, everyone that it has been applied to has suffered trauma, often sexual.

I submit that there is no such thing as “borderline personality disorder.” There are only the victims of unresolved trauma, the majority of whom are female. We are branded with such idiotic terms as “hysterical neurotic” and our pain is ignored.

Lou dealt with my outbursts and erratic behavior with commendable patience. He was the child of an alcoholic. He was used to mopping up tears and being emotionally abused.

I had a strong interest in psychic phenomena. One day when Lou and I decided to go out to dinner at a popular avant-garde spot, there was a palm reader on hand. I decided to obtain a reading.

This woman advised me that I was unlikely to go anywhere with music. She suggested that my strengths were in writing.

I took another leap of faith and let the music dream fade away as I turned my attention to what I had always been told was my area of greatest strength.

This was more than thirty years ago. Writing has been with me through the years. It was with me in the days following the traumatic birth of my son. If things had gone even slightly differently, he wouldn’t have survived.

My son was born early by emergency Cesarean section. The c-section was a good thing. I had a severe case of food poisoning from campylobacter. I am not a small person, and I was severely weakened from the fluid loss caused by this organism’s attack on my digestive system. If my son had been exposed, as he would have been during natural birth, he would not have survived. He weighed less than six pounds and there wasn’t an ounce of fat on him.

One might expect that this little rumination on leaps of faith would end with my encouraging others to take a big leap of faith because you will surely win just like me, the now famous and successful author.

Except that you’ve never heard of me, have you?

That’s because I’m not famous or successful.

I’m a big weirdo with an abrasive personality, and, despite knowing how to read Tarot cards, I can’t make any guarantees that your leap of faith will lead to you becoming famous or successful.

I have made scant money from my writing.

The thing that writing has done is kept me alive. I have a rather obsessive relationship with my craft. If I don’t do it, a noxious cloud of gloom and pessimism begins to surround me. I suffer and others around me suffer as well because, like it or not, I’m a bit of a necessary force in my household.

My son is high-functioning autistic and lives with depression and anxiety. We support each other as well as we can. I am now disabled thanks to diabetes and a host of injuries incurred while working in physically demanding jobs, so he does the heavy lifting. I do the cooking and wash the dishes.

I am not well-regarded, let alone loved. I am society’s trash. I am physically broken and emotionally scarred. When I was still working, it was all I could do to make myself get out of bed and go to work. It took a couple of years to get on disability. If I hadn’t been writing, I probably would have offed myself.

My advice is not to write because you think that you will become a FAMOUS AUTHOR. That’s a terrible reason to write. Most people don’t become famous or even make any money off their creations. If you’re hoping to hobnob with the hoi-polloi, you’re better off finding out what it takes to become a manager or an agent or perhaps a sound engineer or special effects artist. You’ll meet plenty of interesting people and have lots of fascinating experiences, and you won’t have to be the commodity.

If you’re wondering if this is the advice that I’d give my son, it is. However, my son has never had any desire to be famous.

People who have a pressing need to be adored tend to have something in common. We’re broken and something is missing inside of us.

It is likely that I will write until I can’t write anymore. However, although I may craft multiple flights of fancy during my remaining years of life, I long ago ceased believing in fairy tales. 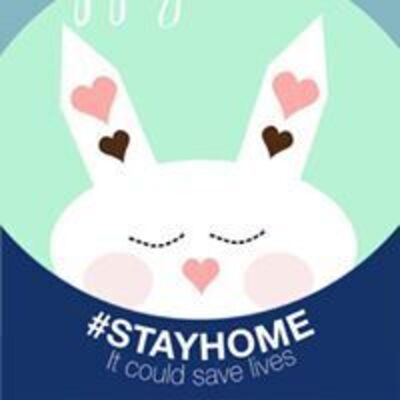