The drone of the DH98 Mosquito engines seemed, to the parachutists, loud enough to draw fire from the Ack Ack guns. Thus far there had been no bright lights beaming across the darkened sky. Hannah Senesh, Yoel Polgi and Peretz Goldstein were parachuting into Yugoslavia tonight; they were to be met by Yugoslavian partisans. Suddenly a torch light appears; the pilot cuts the engines. The parachutists make their jump. Hannah, Yoel and Peretz find themselves falling into the sky. The plane veers off. The Partisans move quickly toward the parachutists; they must hurry, the shoots must be buried and the three SEO’s quickly hidden in the forest.

“Please hurry, the Germans are patrolling the area very heavily.”

That was Hannah’s introduction to the partisan group with whom she would work for several months before entering Hungary. She learned that the partisans acted as a unit not individually as she would do once she reentered Hungary.

“You must go both of you we are a team; just as the partisans have taught us. Yoel, Peretz,

please, we have trained for this. We must rescue our Jewish friends before they are murdered.”

Hannah pleas began to fall on deaf ears. The men did not want to enter Hungary, especially now that the Nazis were ensconced there, it was not safe for any of them. Hannah would not listen.

Several days after entering Hungary; the small group was captured. Hannah had her transmitter and had planned to transmit to the British government. Her main mission however was to rescue Hungarian Jews. She argued once again:

“Yoel, Peretz we must cross the border, with or with out the help of the partisans. We have a

“Yes and the Germans have invaded Hungary Hannah. That places us in grave danger

the moment we cross the border.”

“I am willing to take that chance; why are both of not willing.”

“Life is more important to us than it is to you.”

That rankled Hannah but she simply replied:

“I am going with or without the two of you.”

Finally the three of them agreed to go, they went to find Tito the head of the partisans:

“So, they three of you wish to go into Hungary irregardless of what we have told you

the Nazis have invaded; if any of you are caught you will be tried for treason, that is

execution. The Nazis are very harsh to anyone who does not do as they say.”

“You go tonight there will be no moon. We have a man to guide you into Hungary

from there you three will be on your own.”

The day seemed like it would never become night. Hannah, was first to slip into Hungary followed by Yoel and Peretz. The followed the instructions given by the guide. They went to a small safe house where they hid the rest of the night and next day. Two days later on their way to Budapest they were caught by the Hungarian Police. They were separated. Hannah was sent to Horthy Miklos Prison. The police had found her transmitter. Hannah was promptly tortured. She was stripped naked to degrade her. She was tied to a chair, whipped and clubbed for three days. During the interrogation process the Hungarian Police man began:

“Come now, if you have a transmitter you also have the code. If you give us the code we will

see that your life is spared. You are young and beautiful don’t risk your life for such trivial

“I will not tell you anything. I have my rights! I am a Hungarian citizen.”

“You have no rights, you were caught with the transmitter, that is treason.”

“You are correct officer but I refuse to give you that code, if that makes me

a traitor then so be it. I am prepared to die.”

“Not quite yet young woman.”

The officer beat her around her face. She lost two front teeth. She glared defiantly. This one the officer decided was going to be a tough one to break. He had no doubt in his abilities to break her; it was just a matter of how much pain she could endure.

The interrogations proceeded. Yoel and Peretz soon heard that Hannah had been arrested. It was time for them to leave Hungary. They were not worried about themselves but about Hannah. The main concern was how long she could endure the torture without giving in and telling the Hungarian Police everything she knew about the partisans and the entire network. The question was should they try to rescue her or simply leave. They knew that it would take time to get out of Hungary but they could not take the chance on being caught. Hannah, began to wear down as time went on. She continued to argue:

“I am a citizen of Hungary you have no right to hold me here. I have done nothing wrong.”

“My dear Miss Senesh, you enter Hungary with a transmitter, and tell us you have

done nothing wrong. Is that not rather ambiguous?”

“No Sir, I do not believe it is. I have admitted that I had a transmitter, that I am a member of

the SEO. That I serve the British. What more do you what of me.”

The police officer’s hand swung as hard as it could, knocking Hannah on the floor. Her eyes were

turning purple, as her head throbbed:

“I still will not give you the code you want so badly, you can beat me, torture me and execute

me but I will never give up the code.”

“Miss Senesh if nothing else you are repetitive.”

“You will come with us NOW!”

Hannah stood up on wobbly legs, her face still not healed from the last beating she received. It was October 7 according to her calculations. The same officer awaited her:

“Ah Miss Senesh, still being the stubborn fool. Well you foolishness is going to cost you

dearly. Your Mother has been arrested. You will give up the code or watch her die.”

“You can kill my Mother and myself, I still will not give up the code to the transmitter.”

“You are being very foolish. We can snuff your Mother out right in front of your eyes.

Hannah’s Mother was given a resounding push into the room where her daughter was. Katrina was shocked by her daughter’s appearance. It had been several years since Hannah had left to join the Kibbutz. Mother and daughter had not parted on the best of terms.

“Mother, I am so sorry that you were dragged into this.”

“Hannah, I am a Jew too. I know what is happening. Thus far I have been lucky. You

however have not been very lucky. Your beautiful face my Gott in Himmel.”

The door opened and in walked the head interrogator:

“Hello Mrs. Senesh, Hannah, lovely autumn day is it not?

Hannah knew they were playing a cat and mouse game:

“Well Miss Senesh shall we kill you or your Mother? A Mother and daughter execution

“Do your worst Sir.”

The courtroom was as dismal as the day. Hannah waited for the panel of Judges to arrive. She had no attorney; she was determined to speak for herself. Her Mother had been released a few days prior to her trial.

“This court will now come to order. Hannah Senesh, you are charged with treason. The

penalty for this crime is punishable by death.”

“I am willing to die for my country. When human beings are being murdered for their

ethnic heritage, my life is but a match blowing out in the wind. It is wrong to murdered

helpless women and children. They have done nothing to deserve the fate they have

received. Nazism will die the same as those men, women and children have. You can

execute me but Germany is losing. What will happen to Hungary after the Nazis are

The Judges became agitated then angry not just at Hannah but at a lost cause. Hannah, stood silently. The Judge began:

“Hannah Senesh, you will face a firing squad may God have mercy on your soul.”

“I am a Hungarian citizen, you have duly tried me. I accept my fate.”

Time was not on Hannah’s side.

“You had better write the letters to your Mother. You are to executed today.”

Hannah was taken aback. She realized then that the Gestapo had made the decision of when for the Hungarian police. She would not cry. She took about two pieces of paper. One piece she wrote her farewell to her Mother. The other she wrote a poem:

Two strides across, the rest is dark.

One- two – three...maybe another week,

Or next month may still find me here,

But death I fear is very near.

I could have been twenty-three next July,

I gambled on what mattered most.

The dice were cast: I lost.

Two guards arrived; they motioned her out into the court yard. Had it really been just a month since she had seen her Mother? The guards pushed her along, her feet seemed so heavy to her.

She was put against a brick wall. She refused a blind fold, she wished them to see her eyes. The rifles roared. There on the ground lay Hannah Senesh.

Today she is buried in Israel among other heroes of her time. What a difference a month can make. 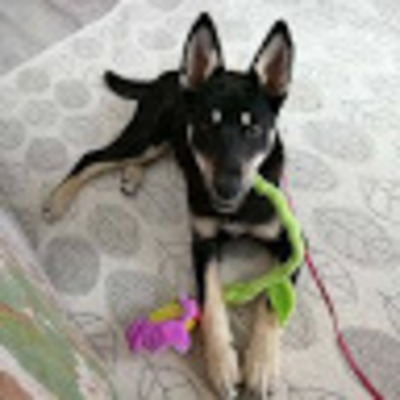 The story itself is heart-touching, but the text needs editing. Make it shine as it deserves :)

Thank you Geo the writer, I just read through it and I see exactly what you are saying.