Submitted for Contest #88 in response to: Write a story about an ordinary person speaking truth to power.... view prompt

In this story, there Is no character rising against power. Or finally reaching the conclusion of getting justice after everything has been dealt with. I am the main character, the person who Is going to inform you of what I believe. There Is something that a person once said,

"The golden rule still applies. You still need to treat people the way that you want to be treated. And you're seeing it less and less these days because people have an automatic tendency to assume that if someone is disagreeing with someone they are their enemy, and they're inherently bad, and they should be fought.

But you can disagree with someone and still respect them. You could even hate someone! You can hate and Abore their actions that they are doing terrible things and they need to be hated, but you still need to treat them with respect, And that's hard."

I agree with Markiplier on this that people don't even remember how to treat others and that instead of just disagreeing with each other we choose to fight about EVERYTHING.

If you are one of the people that support the vaccine, please click away now because I honestly believe that you might be injecting yourself with poison. If covid isn't in the vaccine what is!?

I think whoever fights other people to dump an entire bottle of hand sanitizer on their hands, poke themselves to get the vaccine that is probably an unknown death serum, or to wear a mask when clearly that's not the problem, That we don't have to deal with you right now because it's not the time or place.

I'm not trying to sound rude but, If you're trying to push me to do things I don't want to do most likely I won't do them.

I am speaking the truth and most likely 90% of the population are blinded and don't realize that the president now and the government, in general, don't care about our people.

THEY JUST CARE ABOUT YOUR MONEY.

OH BOY!, I hope that the government doesn't take me off this platform, Or ban me from every single website on my computer. I'm pretty sure when I post this everyone is gonna send me a bunch of hate comments or heck! you might not even hear from me again!

You know how it is with the presidents that tried to bring change, they kind of DIED. And it wasn't because of natural causes either. They tried to bring change to show people that change was needed and people can trust new things to come! But look where they ended up! I swear, EVEN TRUMP made a small change, AND WE ALL HAD SOMETHING TO SAY ABOUT HIM!

I'm starting to believe that all the 'Karens' as people call them, are just hating on the people for supporting what trump did more than supporting trump himself. And don't think just because I'm 14 that I don't know what I'm talking about, don't pull that "you'll understand when you're older", crud on me.

I am just as smart as any adult, Just because I'm still in high school doesn't mean I don't understand things going on around me. I wish that everyone would listen to my mom and the other percentage of people who actually know what's going on.

I hate that I have to hear what's happening with politics EVERY DAY. The one question I have is, would this have happened if we had listened to George Washington? I have my opinions and you have yours, but I feel like people should know what it feels like having to listen to news shows and be in the middle of people clashing against one another without being blinded by society.

If you actually went outside your house, took a nice stroll at the park without your mask on you would be FINE. It's not like you're gonna get executed for not wearing a mask. I get that people are paranoid so I don't really mind wearing a mask in stores, but COME ON you don't want to be that person wearing a mask in 100-degree weather.

This is one of the things I don't really go into detail about is you know how people are really scared of dying, I am afraid of living. I am afraid of everything that is to come! I sit on my bed and I lay in fear of If I will even survive through this pandemic even though it's not even about the pandemic, it's about how much we fight and how close we're coming to almost having world war three!

All I ask for the people reading this, be careful. You can't trust anyone in this world with how many murderers, kidnappers, pedophiles, and others that are about to have the power to do what they want, and the change won't be for the better. I am saying this because it needs to be heard, it's hard enough to imagine that I, A 14-year-old girl am saying this to grown people that can't come to their senses.

Look what the world has become, Nobody listens any more. We are in a world that whoever's kid gets upset or something is wrong, Instead of the parents asking what's wrong? They ask what's wrong with YOU. When you fight the other person never gets your side of the story, When you get bullied and laughed at fake smiles are more believable than real ones.

And YOU thought this world had justice... 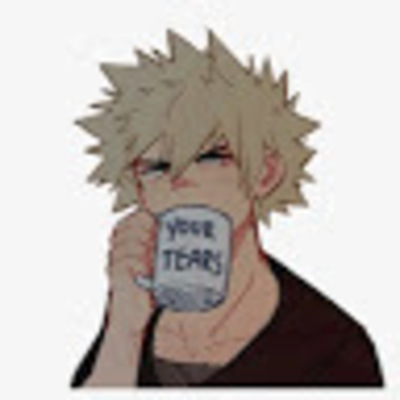