"I wonder how we went frm spending the day together, showing and telling each other just how much we loved one another to buying presents for only one half of the pie...What a facade." Said Jimmy of Valentine's day. Before saying these words Jimmy had only dated seven girls who all main evented wrestlemania with his heart, leaving him horizontal each time. These experiences sort of turned off his feelings or so he led himself into believing. Three months after saying "I WONDER..." he realised that he had ample time on his hands and decided it was time to get back in the game. But this time he was in it for fun.

"Good morning sweet thing. My PS5 is mad at you for making me smile more than it does." Jimmy texted. The girl's world turned upside down. He had maintained the same morning behavior for close to two months now and the girl was falling real hard each day. After the first two weeks into the relationship Jimmy was running out of sweet nothings to say at the beginning and end of each day and could have easily stopped. But the thought of the satisfaction he was to get after successfully pranking her just couldn't let him. Sick! I know.

Three months in they decided to go away for a weekend. The plan was simple, get drunk have plenty of sex then return home. Or at least Jimmy's version. The girl had other plans. Instead of having sex she wanted to make love, instead of getting drunk she wanted to Lose herself within him. They arrived at the location to be greeted by a beautiful beach house they could call HOME for the weekend. Without settling in the girl asked to be excused and headed to the ladies. A few minutes later she emerged from behind him while he was moving things around to his liking. "You hungry?" She asked. "Yes!" He replied whilst turning around to face her. His jaw dropped.

She smelled like a garden in spring. Appetized like barbecue on a warm sunny day and captured his entire being better than any cannon ever could. To top it all off she was in only her underwear, not the wrestling kind the Victoria secret model kind. Certain parts of Jimmy's body reacted way before he could say anything. I guess it's safe to say that paralysis rarely affects the whole body. When he was able to speak he only said "Wow!". The following few seconds were filled with eyes moving up and down then bam! He lifted her up onto the dressing table. He slowly kissed her lips, sliding down to the neck with increasing pressure the lower he went. The girl sighed and just as she was catching her breath felt his warm tongue in her ear followed by small lobe bites.

He went down on his knees and started talking to her belly button. At this point rivers started flowing. She pulled his hair while pushing him deep into the button. He took her bra off then scooped her up and put her on the bed. Head down facing the ceiling she felt her Bikini slowly slide down towards him. A natural disaster had struck resulting in floods everywhere and he used his tongue to clear them.

The big bad wolf entered the cage and the owner started shaking uncontrollably. She then ascended the platform and the wolf had never howled that loud before. The rest of the evening was spent curled up in each other's arms. You'd think after all this that the prank plan would have died when they moaned but it still existed in Jimmy's head and now he was more motivated to see it through because the girl was happy and seemed in love with him

Five months in, Matching outfits and regular dates. By now the two knew each other's bodies like the back of their hands and behaved madly in love. Happiness reigned till the girl decided it was time for Jimmy to meet her parents. After she told him what she wanted he was over the moon. "Her introducing me to her parents simply means that she loves me...my plan is coming together.The more the merrier ". What he meant was that the more people the prank negatively affected the more effective it would be. AGAIN SICK! I KNOW.

It was now a few months before Valentine's and all seemed to be working out...externally. Internally Jimmy was torn into two. One part wanted to love the girl whereas the other just wanted to see the prank through. Both parts came up with convincing cases leaving Jimmy looking, behaving and feeling like a confused molecule. He started planning Valentine's day detail by detail. Went online and got a few scented candles coupled with two expensive bottles of wine. This seemed to be working for both parts and so there were no squabbles.

The girl started asking him why she hadn't met his parents yet and that was always met with a "You will soon". Like the angel she was she'd just go along with his response. His thinking was that he didn't want to involve his parents in his shenanigans. Funny because he had no problem with her parents being involved.

Valentine's was now a week away and the girl was excited to spend their first together. Days went by and with only a day before the fourteenth Jimmy met with the girl. "There's something I have to tell you. When I first approached you the intention was to lead you into loving me and believing that I felt the same way only so that I on Valentine's could tell you that it was a prank...that I feel nothing for you." The girl went into full body paralysis. "But going through with it I would be lying to myself. Truth is this past year has been amazing. You've loved me endlessly and I've been fighting between two people in me regarding you. One wanted me to love you back and the other wanted me to toy with your feelings then throw you away. But I've realized that me throwing you away I would also be throwing a chunk of me away. I love you and I refuse to let anyone...internal or otherwise dictate to me how I should treat you. I want to treat you with the most resp..." Her paralysis broke just in time to slap him. Followed by "Was you lying to me a show of respect?" He obviously couldn't answer that and she walked away. 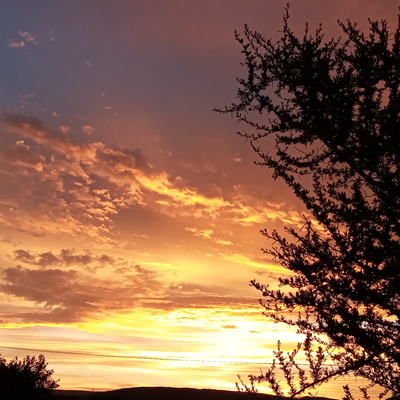 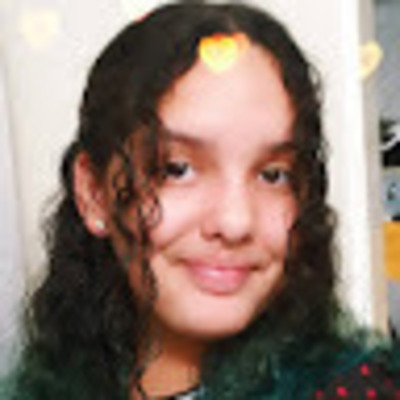 Well, that was an unexpected ending....

😄Caught me by surprise too

It brought the whole story together though, great job!

You are well appreciated 🤍