THE DAY OF FOOLS

The idea for this surprise game changer happened at a recent conference set in Miami. It was to take place today and coincidentally the date was April 1.  The big drug companies were meeting to discuss the health crisis across the country. They would each be staking a claim to a region to market and sell to individuals, pharmacies, hospitals, etc. Everyone who attended this particular event, came with their best product, which was not so much about their actual product, but more about the approach with their upscale show boat staff and eye candy hand-picked for the onlookers. It was so obvious I wanted to throw up and I’m guessing they were using this fluff and buff to up their advantage. But somehow, we made it to the invitation list of special guests. So, now, it appeared to be the right time for others to see what we offer and put it on the table before the end of the day.

The four of us came into the business after years spent doing other things. This came in the form of a signed legal document, aka an estate plan, handed down from one generation to the next. Long ago, subtle expectations to continue the legacy were always in the undercurrent, as there really was no other choice, since we were the last ones and most able to do this. It was to happen. You did what needed to be done to keep the family name in a product that had slightly varied over the years yet was way more profitable now, at this time. Before long, one joined, then the second came aboard and now the rest of us are in. And here we are; Peter, Paul, Mary and Jane. Our business was kind of obvious, but not really. We hand-made guitars that had developed quite a following and were popular on many levels. Young people were really getting into the scene and technology was booming. Subtleties in our products were becoming the reason we were more sought after and we needed to keep up with the demand. It was the particular grain of the wood uniquely crafted and engraved with added style that became our signature.

Which brings to light the other product we offered and one that had grown into a definite craze. This was something we felt was in competition, in a unique way, with the other attendees products. It was definitely the bigger and more sought after thing, coincidently the two sisters in the family shared the same name it was well known for; Mary Jane, aka marijuana.

We moved the business to a much better location and renamed the shop, PURPLE DAYS - HIPPIES FOR LIFE. This was not your typical little wood working shop in the back woods of some remote town. It was more. It was in the back woods on the outskirts of Woodstock, Vermont and this was what we used to our advantage.  Since we were now in it full time, the four of us found our own niches within the products and the shop. Never losing an edge over the years, Peter and Paul brought it all back to life and used their skill set, in honing the craft of making the guitars.

Mary and Jane knew their claim to fame and did the homework needed to grow this fine cannabis product into the lush desire it continues to be today. They had t-shirts made, and used their names to market this into the stratosphere! Who would have thought this weed would become legal to use, never mind grow, market and now sell to the mass market. Oh, yeah.

Why did they feel the need to be in the city to mingle with the big drug manufacturers? The brothers were not quite on board with the whole big business thing since they had enough going on with local bands wanting their guitars, but surprisingly they realized that they were definitely on an even playing field. Just two different fields, if you get the drift.

Mary was the one who said they needed to step up their game and push the envelope. “Our product is as real as you could get. The health benefits topped what these fake drug lords offered.” Every state was different in the legal factor, but the sicknesses that could be aided by using their product was over the top.

The four made their way to the top floor of the posh hotel. Their tickets were scanned and they went inside. The huge crowd made it impossible to find a choice seat but they made their way and settled in awaiting the announcement on the stage front to introduce the sponsors and begin the event. There would be an intermission where they would be at their table already set up in the foyer to talk to the guests about their product.

What they didn’t know was that for some reason the drug company executives wanted to make a statement all their own and not feel threatened by these new age hippies, aka Peter, Paul, Mary and Jane. They staged and made up everyone in attendance as drug lords, kingpins, and narcotraffickers and ‘customers.’ It was to be a huge prank and one where the PURPLE DAYS hippies would run out as fast as their beatnik alter ego would take them. They stashed the most popular drugs and uncut as yet from their manufacturing plants, in random places in the hotel; under seats, in the buffet area, rest rooms, and the coat room. Everyone was given a tiny bag of cocaine to keep in their pocket and use as a prop to freak out the hippies.

Each person took their seat and the room went dark. The stage was lit and the podium welcomed a guy who was the head honcho. He greeted everyone in an unfamiliar language. Peter, Paul, Mary and Jane looked at one another. This was a slang dialect and it just felt really weird to hear this coming from a so-called business executive.

His language, it seemed, didn’t bother the others. They laughed at certain things as if on cue. He introduced his ‘crew’ and they came out in a purposeful strut, shades on and in a definite protection mode as they stood tall on either side of the head honcho. Are we the only ones who noticed this? It seemed really odd. After his talk, it was time to take a short break and everyone began to mingle into the foyer and buffet area. We went to our table to meet and greet people.

It was as if we weren’t there. No one stopped or asked anything about our business or paused to chat. If they did stop, the only reason was to dip their hand into their pocket, to take a quick sniff of whatever was in a tiny bag and went on their merry ‘high’ way.

This was not going well. Mary was the first to say, ”We need to get out of here. This is so wrong.” The others agreed and couldn’t believe how this event was turning out. Paul wanted to find the head guy to let him know their decision, when all of a sudden bedlam erupted. Two guys were yelling and cursing one another. Fists came flying as one toppled the other over. Suddenly, shouting was heard and people began to panic and attempted to run out the main entrance but were blocked in by a police force. The SWAT team made their way from the back entrance to meet up with the police. More police were filtering in and the entire floor was now put on lock down. What was going on?

Fast forward to the new year.

Paul brought up the date and the flashback began. “How did we get our asses out of that building?” It became a memory and reunion of that whacky day as they sat around the fire pit tossing questions and remembering certain ones, how they were dressed, and the theme of the event where they certainly didn’t fit in for some reason. Mary spoke up. “Paul, remember the words thrown at us when we ran out?” She looked at the others and they nodded, smiling, and chuckling. Pete was the one who added, “Hell, yeah buddy! He had our back big time and gave them a cred story of us.”

It was the head honcho of the event as the police escorted him out of the building. “April Fools. Looks like we’re the fools.” 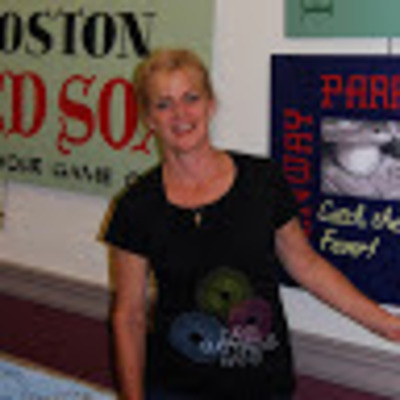