Would you be mine?

Underneath my feet, flowers bloom. Violets, marigolds and bluebells twine themselves around my toes, twisting and turning to adorn my skin.

At night, the city smells like salt as the tears and sweat floats on the wind. I take my steps and let the concrete break under my weight. The soil spills out and soon the pavement is covered in petals.

I grin at the sight. The flats above me are asleep, heaving sighs and sounds of wistful dreams. And when they awake, a little love letter from me will bring them—

“Is this the best you could do?”

I spin on my heel, honeysuckle bursting into life under my movement. Aeolsin stands behind me, a frown on their face.

I open my arms wide. “Whatever do you mean?”

Aeolsin moves towards me and tramples all over my loving creation. They grab my face and bite into the skin with their nails.

“I don’t want flowers from you,” they say, their eyes glowing in the luminous shine of the street lights. “Give me more.”

With a flick of my dagger, I lop their arm off. The blood congeals on the floor, turning flowers into sludge and sludge back into concrete.

Aeolsin picks the arm back up and slots it into their shoulder. “Temper, temper.”

“It’s a cheap parlour trick. You promised me chaos.”

I bow my head. “Then as my master commands.”

The concrete around me sharpens and digs into my feet, while Aeolsin rolls their eyes. “Don’t get clever with me.”

While I watch the sunrise, I enjoy the screams that pierce my ears. The city has woken up and have noticed their troubles. Out on the streets, I see them run, clutching themselves with indignity. I have never understood their embarrassment at their own naked forms. And yet, I revel in their reactions as they realise that no clothes will stay on. Everything they wear simply, melts away. They are lucky it is spring with her forgiving sun. If it was winter, I’d wager more would be lost. Skin would turn frostbitten and toes would trot away, frightened of the cold.

Below me, a man with a balding head sticks his hands in front of himself. He should be covering up that obscene tattoo instead, the sprawled drawing as inelegant as a child’s crayon.

I blink, and everything turns back to normal. The commuters are all dressed and walk in the crowd as if nothing happened. Even the cars have stopped honking.

“This is not what I meant,” Aeolsin says.

“Is this not chaos, darling?” I say. “They were screaming, just as you wanted.”

“You can do better. Thrill me, mark me, make me yours, I want tricks and kicks and flowers at my door. If you can bring them to their knees, then you can have me.”

Before I can reply, Aeolsin disappears into dust. I sigh and begin drawing my next plan into the clouds.

When night falls, the murmur runs through the streets, thrumming in the heart of buildings. Soon there are yells that shatter the tranquility of the night. I slide open the window of the nearest flat and creep in. All anyone can see of me is a shimmer that shines behind light and dust.

The flat is warm and smells like bread and tears. A little girl, barely five, hops from the table to her sofa while her parents screech with wide eyes. Underneath them, the floorboards have turned to hot lava. I heard  it’s a mortal game, pretending that your floor would boil you to death. I’ve merely allowed an extra sense of realism. The parents clutch to each other on their sofa, bawling their eyes out and beckoning their child over. The girl spots me and blinks before leaping into the air and landing on a chair. Her parents beg her to be careful but she pays no heed. Why would she? She can sense the truth, the reality of it. Though the heat may feel blistering, it’ll never even singe your skin. BUt the terror and confusion of the adults in this city is priceless. Along with, of course, the glee of the children as their game gets given another dimension. I collect the sounds into my drawstring bag.

I hope this will be enough.With a snap of my fingers, the lava melts away and the floor returns. The parents sag as their knees buckle beneath them. They slump to the floor, already unconscious. By morning, this will seem like a strange dream to them. I wink at the little girl and disappear out into the night.

I drop the bag at Aeolsin’s feet. We’re at the highest point in the city. The skyscraper that dreams of touching the clouds. From here, the mortal’s bodies look as small as their minds truly are.

Aeolsin opens the bag and the screams and laughs float out of it. “I don’t want this.”

“What do you want?” I ask, dropping onto my knees. “I thought this would be enough.”

“Our deal was that you’d craft a trick worthy of me. This is your last chance. If you fail, I will leave.”

“That was our deal,” they say. Aeolsin shatters into glass and floats back onto the wind. I think back on the exact wording of our deal.

A trick, A trick, like one I’ve never seen before. Show me a trick, and I’ll be yours forevermore. Anything less and I’ll leave on the third day’s eve.”

One last chance. This one has to be spectacular.

I pace through the streets, passing through pedestrians. The family from the night before walks by and their child pulls a face at me.

The idea clicks into my head. First, I’ll need some ingredients.

Minutes before the deadline passes, I have finished my creation. Next is to call Aeolsin.I flick my wrists, and arrange the clouds into runes. It takes only a few minutes for Aeolsin to see my message. They appear with the scent of petrol swirling around them. Their horns curl and graze the ground as they bow to greet me.

“Where is your trick?” Aeolsin asks, frowning.

“Right here.” I drop my robe and reveal my form. Aeolsin’s eyes drop to my stomach where it swells with a child. They can hear the beat, the pitter patter of life in me.

“Is this an illusion?” Aeolsin says, stepping towards me. I shake my head.

“No illusion. No hidden message. Nothing but the truth

“How did you manage this?”

“I took the sludge from the concrete, the bricks from the buildings and of course a couple of screams.”

Aeolsin presses their hands against my stomach. “You win.”

While the city blinks into sleepy awareness, we wait for life to begin again. 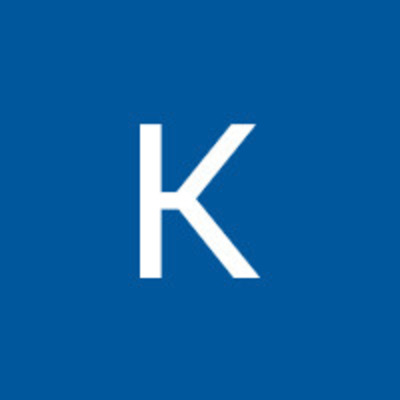