In 1990-1991, the recession was at an all time high. People in the small family-oriented rural town of Pinehurst, Alabama saw more than their share of hardships. The local coal mining plant laid off over three-hundred people in January that year. Small business owners struggling to stay open had to close down their stores. Farmers also had a hard time with their crops because of the drought and unemployment rates were on the rise.

On March 27, 1991, two radio DJs Buckwild Charles and Big Red Hardy from WZRP radio station announced that there would be a gift card giveaway of up to two-hundred and fifty dollars at St. Elmore Park on Monday April 1, 1991 at 10:00 a.m. Many of the people in the town were excited because the need was so great for so many of them. Like Miss Ruby Wilson who became a guardian to her four grandchildren after her daughter was killed by a drunk driver. Tulula Grey a single mom of three recently laid off at one of the local restaurants in town. Mr. and Mrs. White an elderly couple on a fixed government income that had to grow okras and tomatoes to sell at the farmers market for extra income. Ms. Linda Thomas had to close her alteration shop to keep from going into bankruptcy. The list of people goes on and on. The radio announcement went viral into other counties close by and many more people planned to attend.

The morning of the event was a cold and dreary one. There was a faint smell of cooper burning in the air. People filled the park from miles around. Local policemen were there because of the large gathering to make sure the event ran smoothly. Pinehurst news crew were there also filming. People were becoming agitated because no one from the radio station had even arrived yet and it was after 10:00 a.m. The news crew tried to be a distraction to keep people at ease asking some of them what they would do with their gift cards. The main items the people said they would buy were food and clothes for their families. The policemen began to pass out bottled water to the people at the park. It was cold so most of the people went back to their cars to warm up. Around noon one of the policemen Sgt. Spencer walked to the center of the park. He carried in his hands a speaker phone. "Okay, people quiet down!" said Sgt. Spencer. " We have been informed that this so-called event today was only a hoax". People began to talk amongst themselves very loudly. "I got my kids out here in this cold weather!" yelled a lady. "This ain't right!" screamed a man. The people became furious about the prank. They began hurling curse words at he policemen throwing water bottles, paper and turning over park benches. Ambulances were called for people hurt by water bottles being thrown. The police had to arrest over twenty people that day. The whole horrible mess was on the local news and in the newspaper the next day. The mayor was upset by the whole ordeal and called the station manger Mr. Burroughs. The mayor insisted that he do something about the two DJs who pranked the people in the park that day. Mr. Burroughs did not fire the DJs he only made them get on the air and publicly apologize to the people for the prank. Promising free cassette tapes and records to anyone who wanted them. The people wanted more than a lousy apology and free music. They needed money to feed their families. This only angered them even more. Especially the ones that had come so far from the surrounding counties in the area. The people who were arrested had to sit in jail because their families couldn't afford to post bail. A few days after the prank at the park, the DJs were back at their old tricks again. Making prank phone calls to people on their jobs and ordering food from restaurants to be delivered to fake address.

A special news report came across all the local television stations early one Wednesday morning in June. The news station reported there had been an explosion at the WZRP radio station. The blast killed station manager Mr. Burroughs and his receptionist Ms. Dunn. The two DJs were severely wounded. Buckwild Charles lost one his legs and Big Red Hardy was blinded in one eye by flying debris. Someone had hidden a bomb inside the kitchen area that was triggered by opening the door to the room. The police believed that they were looking for someone skilled in the making of the bomb. After the explosion, the WZRP radio station closed for good. Some of the residences of Pinehurst didn't care for the two DJs after the prank. When the radio station was bombed, many people felt that this happened as a result of karma. The DJs were insensitive jackasses and the station manger only cared about making money not making a difference for people in the community. The radio station was demolished three months later and rebuilt into an automotive service station.

The investigation conducted at the scene of the explosion at the WZRP radio station extended eleven months after the incident happened. Through the collection of physical evidence from the residue left at the explosion, the video footage from security cameras, and several witnesses were crucial to finding suspect Mr. Jacob Daniels. Mr. Daniels was a 46-year-old unemployed army veteran. He was a demolition engineer who was dishonorably discharged from the army because of his reckless conduct. It was also determined through witness testimonies that Mr. Daniels was furious and became focused on seeking revenge against the DJs for the St. Elmore Park prank after he and his family were in attendance that day. Mr. Daniels was convicted and charged with two counts of capital murder and two counts of attempted murder all in the first degree. He was sentenced to life imprisonment with out parole plus forty years. 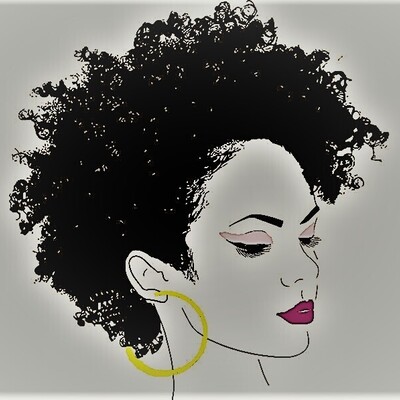 This was cool - it reads like a history article.