When a lion chases its prey it experiences two kinds of pleasure viz; the kill and the thrill. Matt’s chase had evoked such a palpable thrill. He remembered vividly the day this outlandish idea had eerily entered his mind, a typical Netflix and chill weekend with his girlfriend April. The two had been inseparable since college, their love for each other was like a meadow of grass, sometimes it was lush and lively sometimes it was dry and gloomy but through and through they had adored each other. As they sat there pensive and idyllic a thought crisscrossed Matt’s mind, what if he suddenly died. Quietus seemed like a mortal ruse, a joke by the gods, and that would be his design, he would fake his own death. It had been a year since the conception of this devious scheme, and it would be the greatest prank in the history of pranks or at least so he thought. April on the other hand was a girl out of a Jane Austen novel; misunderstood, profound and to some extent philosophical, this sophistication is what made Matt so attracted to her, he would do anything for her, he would hold on to her tighter than a babe would cling to its mother. But why such a deadly design? Their meadow of grass was withering and this prank would certainly revive their love which was imminent of a doleful end. Planning this prank had been so intriguing, all of his friends were in on it and they could barely hold their horses. This would be a paradigm shift in the science of pranks, for it is a science, an understanding of the subject of the prank, a series of hypotheses and finally a theory. His theory was that April would be so distraught by his demise that on realizing it was a prank the dying flame of their love would be rekindled. The prank was, per se, simple, Matt would supposedly be run down by a drunk driver, he would be rushed to the hospital, however, the damage to his heart would be irreparable, he would die of a broken heart(poetic isn’t it), Tyler a friend who worked at the morgue would oversee this entire phase of the plan. April incognizant of this, would go and view the body, thenceforth the real magic would begin.

When a lion chases its prey it experiences two kinds of pleasure; the thrill and the kill, the kill which is the purpose of the entire chase is the exhilarating pleasure, at this point the lion temporarily loses its breath, when its fangs bury deep into the neck of its prey, this is the real pleasure. For Matt the kill was in the offing, and the euphoria of expectation made him tinge all over. The day was here The first of April, the day he would implement the prank. The ‘accident’ took place and as planned, he was rushed to the hospital. The injurious damage to his heart was painfully irreparable, he was on the verge of death. Tyler called April and informed her of what had transpired. Tyler, April and Matt had been great friends since college, they swore to be unbreakable and truly their friendship had withstood virtually every challenge a friendship faces. But these words that Tyler was telling her bore a deep orifice in her heart, she felt a cold sweat trickle from her forehead, she could barely hold it, and the tears burst from her eyes like a waterfall. Tyler on the other end of the phone was slightly disconcerted but he remained true to the plan it would all work out in the end. April was already running to her car, fumbling hurriedly with the keys she floored the pedal and rushed to the hospital, en route she could barely see the road, her eyes were blinded with tears, and she was deaf to the constant entreaties of the thoroughfare. She had a quick stop at a pharmacy then proceeded to the hospital. She constantly kept calling Tyler for updates, on arriving at the hospital Tyler told her that Matt had been pronounced dead, his body had been taken to the morgue, she was chillingly calm, like a deer that had accepted its fate at the hands of the lion. Tyler seeing this, was inclined to tell her the truth but that would only heighten the tension between Matt and April, so he just shook it off, optimistic that the plan would prevail.

In order to make Matt’s demise credible Tyler gave Matt a drug that slowed his heart and breathing rate so that he convincingly looked like a corpse, this drug invariably induced a state of dormancy. In addition to this were fresh wounds designed by a makeup artist and traces of pig blood selectively scattered all over his person, in his hands therein lay an amulet tightly clenched this was a birthday present from April, its purpose was to inspire a sense of deep loss when April saw it. The temporal effect of the drug was ephemeral, this meant that after approximately five minutes the effects of the drug would wear off, and thus the design was April would enter three minutes after Tyler had administered the drug to Matt, Tyler would then leave the room in the name of giving them privacy and then Matt would resurrect. Everything went according to detail except for a minutiae, Tyler did not administer the drug, and Matt had to take it by himself. Due to his high state of excitement he took the drug as soon as he heard April’s voice in the hallway. This meant that there would be a deviation from the original plan. Presently, April and Tyler entered the Morgue, the moment April catches sight of Matt’s cadaver she freezes on her tracks, she gapes at the sight and streams of tears trickle down her now red cheeks, a restrained whimper escapes her mouth and she shudders uncontrollably, Tyler knew that matters were getting out of hand but he had to have a little faith in Matt, that his plan would make this right. “I will give you a moment with him” Tyler said casually as he left the room, entirely unaware of the Matt’s grave error, “Thanks Ty” said April with muffled whimpers. It was two minutes since Matt had taken the drug its effects would last another three minutes. April walks close to Matt she takes his hands and softly caresses them, she sees the amulet in his hands and new streams of tears cascade her vermeil cheeks. “I can’t live without you Matty” she says gently, and she slowly reaches for a phial in her pocket from it she takes three pills and painfully swallows them, she starts perspiring and after a series of convulsions she falls dead on the floor.

In the play, Romeo and Juliet, William Shakespeare intended to defy the customs of marriage, or of weddings to be more precise. At the altar when the husband and the wife are taking their vows, regardless of the faith the phrase ‘till death do us part’ is almost invariable. Romeo and Juliet, who were not married could not accept to be parted by death, this is clearly Shakespeare opining that the love between two people can be so profound, beyond the conventional, that one lover cannot live without the other.

When Matt awoke from his slumber he was disconcerted as he attempted to deduce where he was and what he was doing there, then it all came back to him like a vernal river, then he started wondering where April was, he looked around but he could not see her, he descended from the trolley where he lay and when he looked down a tight not tied in his stomach. He hears his heart pound wildly he loses his breath and feels himself kneel like a huge lump, he cups April’s delicate visage and vainly implores her to wake up, he can see it in her eyes she is gone, this conclusion is reinforced by the phial of pills in her palms and the pills that are every which way on the floor, and then it dawns on him that she is dead, April his soulmate, his life was dead, in a flash her beautiful smile crosses his fancy he remembers her soft laugh, her tender touch and a deep sense of longing subdues him. Matt hastily collects some pills on the floor and with a look of determination he raises his hand towards his mouth, Presently Tyler enters the room, beholding this spectacle he is befuddled, transfixed where he stands Tyler is utterly and truly bewildered, April laying on the floor and Matt attempting to take what Tyler was certain were suicide pills. A guttural scream escapes Tyler’s mouth and Matt hesitates for a moment then quickly swallows the pills, Tyler falls prostrate, he is in a state of shock and the room is suddenly eerily silent, like a cemetery.

A suppressed chuckle breaks the silence and the chuckle turns to a laugh then an uncontrollable guffaw, April’s laugh was so easily identifiable and Matt and Tyler instantly knew they had been fooled like little infants. Tyler hearing this swore under his breath, Matt on the other hand stood, perplexed and befuddled beyond words, then he too started to laugh for the pills he had taken from the floor were in sooth laughing pills, he was April’s fool, Tyler not wanting to ruin the merriment joined in the laughter. Un dessein si funeste s’il n’est digne d’Athree, est digne de Thyste. 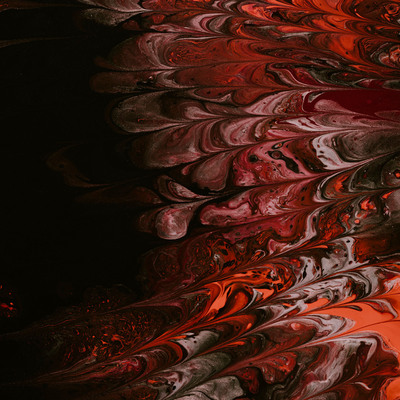