The Mystery of the April Fools' Benefactor

The flowers were placed carefully on the step so that when the door was opened, the house's occupant would see them, yet the breeze caused by the door's movement wouldn't knock them off the step. Several houses in the neighborhood had flowers placed on their steps just like this one. Others had other items such as toy trucks, a baseball bat and ball, a mitt, a jump rope, a box of sugar-free chocolates, a case of Old Style beer, and maybe even a potted orchid. No one knew who placed these items on the steps, but everyone knew every April Fools' Day brought a gift of some kind to each home.

This year Harry decided to play detective and find out who it was that did these wonderful things for the people in their neighborhood. The night of March 31st, Harry borrowed his dad's trail camera and set it up on his porch. He then set another one up on top of his garage, and a third one in his picket fence. This way, Harry had not only his house covered but also the neighbors as well.

But technology has a way of failing when you don't want it to. For some reason, each camera had issues at one time or another during the night. When Harry checked the footage of each, he found the batteries were drained on all three of them. “Drat!” he exclaimed in his frustration. “Foiled again!”

Beatrice, his 10-year-old sister, looked over his shoulder. “What do you have there, Sherlock? Or should I call you Moriarty?”

Harry looked over his shoulder and glared at his younger sister. “Nunya” he snapped back at her.

Bea shrugged her shoulders. “OK, I can take a hint.” She grabbed her bike and pedaled out of the driveway and down the street.

Robert, Harry's dad, walked out of the garage and towards his oldest child. “How did it go last night?”

“None of them caught the April Fools' Benefactor,” Harry replied, the frustration still thick in his voice. Harry's dad put his hand on the boy's shoulder. “What happened?” he asked kindly. Harry sighed deeply. “As far as I can tell, the batteries all ran out before the box of groceries was placed on our porch.”

Robert nodded. “Is it possible the cold of the night made them fail?” he asked. “It did go below freezing and that can take a toll on batteries.”

Harry shook his head. “I put fresh batteries in all of them before I placed them around the yard.” He opened one of the cameras up and pulled out a battery. “I don't see anything printed on the battery saying it won't work in the cold.”

“OK, then it could have been something else. Harry, there has to be some other way to figure this out. Try asking your neighbors to see if any of them have a doorbell camera.”

Harry jumped up off the ground where he had been sitting. “Great idea, Dad!,” he exclaimed. “I'll bet Mrs. Yons has one. She's always been on top of technology.” Harry grabbed his bike and raced down the street in pursuit of a clue.

Mrs. Yons loved technology. She had the first Hybrid car in the area, the first VR game, the first smartwatch. You name it, she had it. Harry arrived at her house in time to see her watering an orchid.

“Good morning Mrs. Yons,” he said as he got off of his bike.

“Good morning Harry,” Mrs. Yons said. “Do you like the orchid the AFB left for me this morning?”

Mrs. Yons straighten up. “No, Darling, I have no idea who AFB is.”

Harry looked at the older woman. “You wouldn't happen to have a doorbell camera, would you?” he asked, tilting his head to the side.

A smile crossed the older woman's face. “I do have one of those,” she said, “but when I looked at the footage this morning, there was nothing unusual. I suspect the AFB approached from a blind spot.” She pointed to the wall around her porch. “I also looked to see if I can see the individual across the street. The person must have known I have a doorbell camera and kept out of sight of it.”

Harry hung his head down. “I am sorry to disappoint you,” she said. “Perhaps we can figure who this person is without the footage.”

Mrs. Yons sat down on the porch step and motioned to Harry to sit next to her. He came over and sat next to the woman. “OK,” he said, “what do we know?”

“Plenty,” Mrs. Yons said. “Let's start with the obvious.” Mrs. Yons pulled her cell phone out of her back pocket and pulled up a list app.

“Well,” said Harry, “we know that this person is intimately familiar with everyone who lives in this neighborhood. The person gives each home exactly what they need. That implies knowledge.”

Mrs. Yon recorded the information on the app. “What else do we know?”

Harry scratched his head. “We know this person has wealth. How else can this person afford all those gifts?”

“Good point. How many people in this neighborhood could afford these things?”

Harry shook his head. “I have no idea. That kind of information is beyond me,” he said. Mrs. Yon nodded. “I might know,” she said. “There are a few people in the area who might have the money. I will start a second list of those people.” She leaned over her phone and typed.

“Maybe we could try overlapping lists?”

Mrs. Yon shook her head. “Not enough information yet. We need more criteria.”

Harry agreed. “What else do we know?”

“This person is sneaky. The AFB knew how to bypass my doorbell camera. I suspect this person bypassed more than just my camera.”

Harry nodded. “My trail cameras were disabled. All of the batteries were drained.”

Mrs. Yons looked at the boy in surprise. “That would be a little difficult for an ordinary person to do. We have another dimension to our AFB. I'm afraid I don't know anyone who has this ability.”

Harry drew his breath in sharply. “Then our person is a spy. And we may never figure out who the spy is.”

“If we did, then the spy isn't very good at his or her job.”

Harry nodded. “Perhaps we should stop looking,” he suggested. “I don't want to be the person who got someone fired because that person was doing something nice for our neighborhood.” Mrs. Yons agreed. “Happy April Fools' Day,” she said. 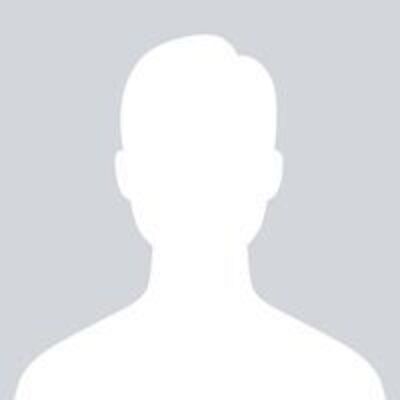