He is called. Called by the light of the full moon. Called by the trees carrying voices on its leaves. The cries of the hopeless who long for the glimmer of hope to shine upon them, even for a moment. The laughs at those less fortunate, spat out of the mouths of those corrupted and wicked. He is called by some force unknown even to him, and yet he obeys it blindly.

He is called now.

Over the fields, rivers, and lakes, leaping over them in one bound, one breath, leaving them behind without another glance. He travels silently and swiftly, like a shadow, a flick of the light, the flight of a quiet and sinister creature. He has one task. One he has done for centuries, but never without meaning. It carries, he carries, so much more. It is something our kind has dreamed of for centuries, always hoped for, yet dreaded, like a continuous yin and yang of fate. The extreme good, and unspeakable bad. Never in between. Though, I suppose, one who controls said balance holds the middle ground. They are the in between.

In the blink of an eye, a rustle of a bush, the sole caw of a ragged bird of night, he halts. He straightens himself to his full height, nearly 8 feet tall, and turns his bulging, strained, red eyes to the setting before him. He has reached his target. A sleepy town to the untrained eye, but one that goes so much deeper, like a kitchen knife through a flailing hand. One that holds mysterious pacts, malicious intents. One where the gleam of a blade is never too far from your back. He saunters his way into the town square, the way an old man might stroll through a park, trying to preserve his last years of life any way he can. He perches atop an old fountain, one that stopped flowing years ago, that now holds the graves of rusted coins and wasted wishes. His mouth twists up into a sinister grin, his lips cracked and white and reaching far up past his pointed, bat-like ears, his chin pointed out far past his sickening yellowed teeth. And past his stained and ripped shirt, past his blackened, cracked fingernails, so long they nearly scratch the ground, there are two bags. Almost identical in size and shape. Nearly invisible beneath his deep black cloak made of raven feathers, and yet shines with an odd beauty. He carries nothing else. He wants nothing else. He requires nothing else. He scans the houses, the dark rooms holding people that sleep soundly, ones with dark secrets that could make skin crawl and mouths go dry. But not him. He is only doing his job.

Quick as a vulture swooping down on its next prey, he scales the first house. The window is closed, bolted against the fears of the outside, yet he slips through with ease. It cannot keep him out. Nothing can stop him. He is in the bedroom. Within are 3 children and 2 parents, all sleeping peacefully, dreams clear, their minds allowing them to rest, unaware, ignorant of their hate-filled existence, at least for a few hours. Never to know, never to expect what will happen in the next ten seconds. He arrives at the bed of the first child. His nails grip onto the bed frame and he lifts himself up over the child, perfectly balanced above his head. The child sleeps with an almost comical innocence, as if all the good in the world could fit into this tiny body. There is no need for him to ponder what this child did to deserve this. So he doesn’t.

He reaches into the bag on his left. He pinches out a small amount of dust, no more than a few specks, and carefully sprinkles it over the boy. The dust is colored a deep crimson red, like a freshly bloomed rose, like the blood that drips from the wound if touched. It reflects the light of the full moon as it flutters slowly onto the little child’s face, sinking into the skin gently until there is nothing left but a slight crease on his brow, a crease that will be made over and over, eventually making scars on his forehead,marks of mental rather than physical pain, to stay with him for eternity.

He arrives at the next bed. Two parents, sleeping on opposite sides of the mattress, turned away from each other, their relationship shown even in unconsciousness. How such a precious child could come from two hating, ruthless parents, he does not know, nor does he care. But he is all too aware of their fate. He is their fate. He reaches into the bag. He showers the shining ruby dust onto the couple. The granulated poison sinks into their heads, their brain, their thoughts, taking them over with only a few specks. Their eyes begin to strain and look around frantically in their closed sockets, having terrifying dreams that will continue to haunt them in the morning. He finishes the house with two more red pinches, and as quickly as he had come, slips out of the window once more.

And he continues all through the night, slithering in and out of houses, passing judgment on the world with only a speck of dust, each person given their fate at a speed that comes only from hundreds, thousands of years of practice. The practice of having to ruin an innocent man’s life with a single pinch. The practice of watching the face of a baby sleep peacefully, only to have the cruel grip of red cloud their perfect minds. And what of the poor soul who is forced to do this every month of their immortal lives? When someone’s only purpose is to manipulate minds, what happens to his own? Almost everyone receives the red dust at some point. At the end of the night, the left pouch is almost empty, but the one on his right, the emerald dust, is left untouched. Green like a pasture of shepherds, grown bright and green in the spring, only to be trampled beneath hooves and boots, until there is only mud and filth. That remains full.

And as the moon hides from the sun, so too does he. A creak of a windmill. The croak of a frog. And he is gone. Gone back to wherever he can call safe, call home. Gone back to gather his dust from his mines of old, of legend, that sparkle with a magic of Gods long dead. Gone back to stare at a list on the wall, one that never runs out, a list with names, with faces, with colors. Red and green. He has his assignment. He plans out his route. He locates every bedroom. He is ready. And so it continues this way every month. Never straying from the guide. Never looking back. For he knows what lies behind him. He knows that when the sun rises, and the people of the town awaken from their slumbers, there will be a great split. Some will awaken with a smile on their face, most with hate in their tired eyes. And they continue their lives as they always have.

And yet. Something is different. They can sense it, as we can with these types of things. Those who dreamed of green filled pastures feel, know, that they sit upon the world like a tyrant on their mighty throne, the wind on their back and spring in their step. They can do no wrong. But what of the others? Those that dreamt of raging crimson fires, of bloody roses and burned, blackened fingernails on their sweating neck? They feel the weight of the world on their shoulders, forcing them to stumble and struggle beneath its crushing burden. Try as they might, they cannot change that. And as the month goes on, they learn their place. There is nothing they can do to change their lives, for better or worse. Until next month. Until night falls on the day of the full moon. For that is when he comes. Only he controls this game of pleasure or pain. Of love or hate. Of luck or curse. He creates it. He owns it, owns us. He is the Fatemaker. 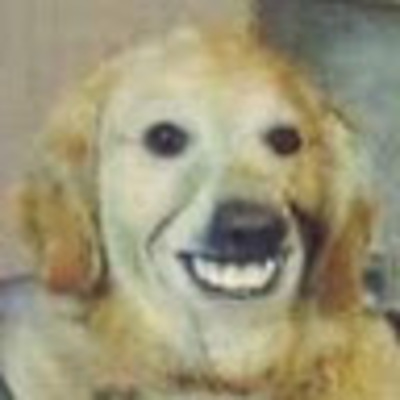 HI OPHELIA!! So sorry, was inactive for a little while. This story was AMAZING. I could really feel the fable-esque undertones and the lyrical prose. However, I don't think that you've made headway on the stuff I said last story, because I saw very little dialogue and it was relatively plotless. However, your description and style still remain CHEF'S KISS WORTHY. Great job!!

You are so right omg I’m really procrastinating on trying out dialogue in my stories it could have made the story a lot better if done right, though I suppose I don’t trust myself to do it right lol😅. Thank you for your kind words and don’t think I didn’t see the first like on my story by you it really made my day:).

This was an interesting and fun read - lots of great imagery. I like the narrator's tone - makes me wonder who it is and how they get to know such intimate details of the Fatemaker's life and movements. Also: "like a kitchen knife through a flailing hand" - I am CALLED. OUT.

A lot of the time when I ask for advice on this piece they just wish they could know MORE about the Fatemaker but I really think it’s better to have their imagination go wild here:)

In that case maybe a sequel is in order?!😳

I am so here for it!