The God of Small Screens

Daja leaned against the brick wall outside the bar, squinting to read her phone against the glare of the late afternoon sun. She clicked on the text stream with Marie.

While she waited for a reply a pigeon landed on the sidewalk in front of her and strutted back and forth, doing his best to impress her. “Sorry dude,” she said, “I am so not interested in men right now.”

Finally her phone vibrated and she glanced back down.

Marek: not me I hope

Marek: be there in ten

Daja started to drop her phone back in her purse, then froze. Slowly she pulled it back out, afraid to look.

But there it was, in a little blue bubble. She had texted Marek, her arch-nemesis and the bane of her office existence, and invited him out for a drink. Fuck.

Marek slid his laptop into his messenger bag, shaking his head. Didn’t Daja hate his guts? He was pretty good at reading people, and he had always gotten the impression that nothing would give her more satisfaction than chopping him up into tiny pieces and feeding those pieces one by one to the roiling tank of piranhas in their boss’s office.

He paused, disturbed by that image. Pulling out his phone he fired off a text to Daja’s friend Marie, who had always seemed as if she liked him, or at the very least didn’t actively want to kill him.

Marek: Daja just asked me out for drinks. Is she planning on kissing me?

He quickly hit send, then stared at the screen in horror. He was sure he had just typed ‘killing’. But there right in front of him was his fumble-fingered mistake, laughing in his face. Frantically he tried to send another text, but he abruptly and mysteriously had no service. Fuck.

Just as Daja saw Marek’s reflection in the mirror behind the bar her phone chimed.

Marie: Marek wants to know if you’re going to kiss him

Marie: I think he wants to kiss YOU *winky face emoji*

She quickly flipped her phone upside down as Marek dropped into the seat next to her. “Hi...” she said, feeling her face flush crimson. “So glad you could make it.”

Marek slid his eyes towards her, then away. Clearing his throat he signaled the bartender. “Yeah. It was...kind of a surprise.” He paused. “But a good one.”

“Really?” Pretending to adjust her purse on the back of her barstool Daja inspected him from under her lashes as he ordered a drink. He was cute, she’d give him that. And up close he smelled good, kind of like pine trees. Huh. That was weird. She had to admit that she didn’t actually find him annoying here in the real world, away from power points and spreadsheets.

The God of Small Screens sat in a booth in the back, wearing an immaculately tailored charcoal suit and sipping a Manhattan. The woman’s shoulders had finally relaxed and she was leaning forward, playing with her hair. The man smiled, his hands moving through the air as he talked.

Milon’s own phone buzzed, vibrating across the scarred wooden tabletop, and he looked down.

Jamie: WTF Marek you’re at the bar with Daja? Do you even know what she said about you after your last presentation?

Milon swiped his fingertip across the screen and the message was flicked away into the ether, erased and forgotten.

“I can’t believe you were at that concert too! Where were you when he fell off the stage?”

Marek shook his head. “I missed it. I was standing in the world’s longest concession line.”

“Oh no! So you came back and the concert was over? What did you think happened?” Daja fished the maraschino cherry out of her drink and popped it in her mouth. Marek silently handed her his, too.

“I tried to get back to my friends but everybody was leaving and I was totally confused. Finally I grabbed a stranger and they explained what happened. Still can’t believe I missed the whole thing because I wanted nachos.”

Daja grinned and held a finger to her lips. “I won’t tell anyone. It will be our secret.”

Milon was scrolling through Instagram, randomly adding and removing followers, when there was a text notification.

Marie: Girlfriend, where r u?

Then another a moment later.

Marie: I’m at the sushi place where r u?!

Marie: Are u still with Marek? Do u need help getting rid of his body???

The God of Small Screens chuckled at that last text, then made them all vanish.

Marek drained his glass. “You want to get out of here? Get something to eat?”

Daja grinned, surprised to realize that yes, she did want to go have dinner with him. “I’m supposed to meet Marie for sushi—let me text her and see if she can do it another night.” She glanced down at her phone and frowned. “Huh, that’s weird. I have no service.”

“Yeah, I should probably let my brother know I’m not coming over tonight.” Marek pulled out his own cell. “Wow. I have a dead battery.” He shrugged and threw a couple of bills on the bar. “We can call them later.”

As they walked out of the bar, Marek laughing at something Daja said, Milon smiled to himself.

“You old softie.” Uisce, the goddess of single malt, had appeared in front of him with a bottle of her finest and two glasses.

Without being asked she sat down and poured liquid amber into a tumbler and pushed it towards him. She splashed some into her own glass, raised it in a silent toast and asked, “What made you do that? Doesn’t seem at all like your style.”

Milon shrugged and took a sip of the smooth liquor, savoring the taste of smoke and peat. “Don’t worry. The night is young.” 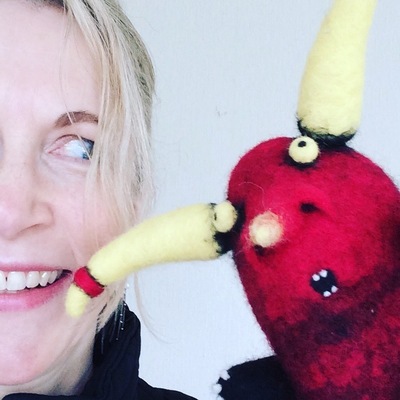 Very clever take on the prompt. You do a good job of keeping al the characters clear and the story has a nice flow. I loved the funny but omnious ending.

Thank you! I, for, have had days where this god is out to get me ;)

Aw, this was delightful to read. I love the idea of a God of Small Screens - and the Goddess of Single Malt needs to visit me more often!

Thank you so much! I’m thinking there might need to be a story with the Goddess of Single Malt and the Goddess of Mezcal, because those ladies would have some stories to tell ;)

You had me at the Content Warning. A few small things. Daja is spelled Dara in the beginning. And when she was leaning against the bar, i couldn't tell if she outside leaning against the bar's brick wall, or inside... Anyway, this story explains a lot of what happens in my life, and I'm happy to meet the goddess of single malt. hallelujah, honey bring it on. This was delightful and surprisingly sweet (but not in a saccharine way). :)

Thank you for catching those mistakes—just fixed them. As you’ve probably guessed ‘sweet’ is not my normal setting, but this story had to counterbalance the other one I submitted this week, which turns the misanthrope meter up to ten ;)