All Time Loki Part I: The Insufferable Introduction

(Quick Note: These are not the actual myths. These are rewritten by moi, and probably not that mythologically accurate. Everything after how Loki got into trouble is a reworking. Carry on)

But was I ever a god, really?

You modern humans mistake me for a god, but in truth, I am half god. No, that does not mean I’m a demigod. It means that I am half giant. Ha! Grovel, human.

What? Why are you not groveling?

Fine, let me tell you about my demise. My fall to earth from the heavens.

It all started with Baldur. That insufferable god.

Baldur was the god of light, joy, purity, blah blah blah. Who cares? He was Mr. Perfect, and I was tired of it.

Mr. Perfect had been having horrible nightmares, foretelling his death.

And so when Frigga heard of these nightmares, she went across the Nine Realms, enacting a promise from every being, plant, and element, that they would not kill her son.

After Frigga returned to Asgard after gathering her promises, we had a feast, and tested the god’s immunity. Spears, nor arrows, nor swords, nor axes could touch him.

But then I had an idea. I snuck away and turned into an old woman. I walked up to Frigga, who was enjoying herself greatly, seeing she had succeeded.

“You got a promise from everything?” I asked. “Everything? That must have been difficult.”

She laughed. “Well, not everything. Mistletoe. But what will mistletoe do to hurt my Baldur?”

I quickly ended the conversation and crept away. I went out into the night, and found mistletoe. A weed, for sure, but I just didn’t want them to have this victory.

I hid the mistletoe in my cloak and went back inside, biding my time. Then I saw Hodr, poor, blind, weaponless Hodr. And I had an idea.

I fashioned an arrow from the mistletoe and grabbed a bow. I asked Hodr if he wanted to participate.

I guided his aim with the arrow, and he let it fly.

The mistletoe sunk into Baldur’s chest, instantly killing him. I got out of there before I was blamed.

Hermod, a brother of Baldur’s, borrowed Sleipnir, Odin’s eight-legged horse, and rode to Hel. Hel, the goddess of death, told him that he could have Baldur’s soul if he could prove everything wept for his death. He agreed and ventured back.

He got a declaration of love for Baldur from almost everything, but I turned into a giant. He begged and begged, but I would not shed a tear for Baldur.

He started to mourn Baldur for a second time. I laughed, a mighty bellow.

He heard my laugh, which was known throughout the Nine Realms.

He ran towards me, and I turned into a fish to get away. And I would have, if it wasn’t for Thor.

Thor and Hermod dragged me back to Asgard, where Odin gave me my punishment. The last thing I remember seeing was his disappointed face, looking down at me as I knelt.

I woke up falling.

Why was my voice that high?

I landed in the ocean with a sploosh. I sank downwards, disoriented.

I swam upwards, breaking through the surface. Hills surrounded me. I turned, and there was a big red bridge.

I didn’t fall into the ocean, I fell into a bay.

A boat came past and then stopped at an idle.

“Hey, kid. Do you need a ride?” Some mortal on the boat called down.

The captain gazed down at me. “Okaaay. Have a nice day, then, Mister Loki.”

He steered the boat away. Did mortals no longer fear the gods?

After I got out of the bay, I ran into the first public toilet I saw.

And not in a good way, mind you.

I was maybe fifteen or sixteen years old, and my hair was black and scruffy in a skaters cut (I think that's what you mortals call it). My eyes flashed as blue as the bay.

I examined my face closer in the mirror.

And, oh, the horrors.

“Odin, I’ll get you back for this.” I mumbled as I poked pimples and acne scars.

Then I noticed: a backpack had appeared on my shoulder.

I swung it off and dug through it. A dagger, some clothes, some enchanted mead. First aid. The essentials.

I walked out into the sunshine. It was too bright.

I put my hand up to shield my eyes. That's why I didn’t see her coming.

A girl with frizzy, straight, brown hair and glasses tackled me. None of the park goers seemed to notice.

“Who are you? What are you doing in my city?” She growled, placing a dagger up to my throat.

“Okay, Artemis Fowl. And why should I?”

“Real impressive, bud. What’s your name? I feel pity for you, so I may not kill you. Yet.”

“LOKI!” I tried to yell, just like I used to, to strike fear in the hearts of my enemies. It came out as a strangled choke.

She instantly paled, nonetheless. I still had it.

She eased her dagger a little off my neck. “Get up.”

“And who’s your godly parent, might I ask? You seem like a Tyr kid. Or perhaps Thor?”

“And just how will you do that?”

She closed her eyes.

Suddenly, my back felt wet. I was pushed up, maintaining a wet feeling. Then, a wave came over my head, dousing me head to toe.

“Think bigger, idiot. Anyway, I’m Cailen. You are coming with me.”

She led me to the sea. “This is the fastest way.”

She jumped to the sea, pulling me with her.

End of Part One

Ahhh this is actually amazing Carolina! I’m not very familiar with Norse mythology (I’m more into Greek) but the backstory helped me understand a lot. Now going to read part 2! 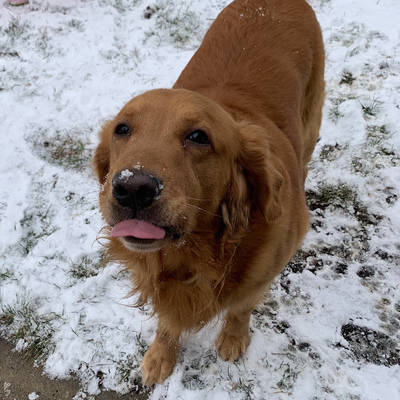 OH. MY. GOSH. THIS. IS. BEAUTIFUL. It's like the Trials of Apollo- except I think I like Loki and Calien better than Apollo and Meg, not gonna lie. I laughed out loud in more than one place. I'm off to read part two! :)

:D thanks, and i hope you enjoy it! 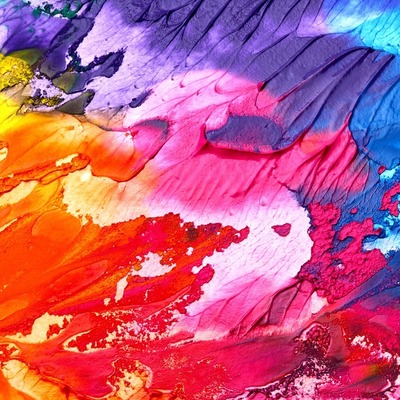 I posted a new story can you take a look? Thanks!

I mean, I had to click and read the story. You had me at the word, "Loki". This is probably the first Norse mythology based story I've seen on Reedsy, so I have high expectations :D You. Did. Not. Disappoint. The worldbuilding is amazing in this one. I loved the characters (especially Cailen) and the plot so far is great. The title is excellent. This is almost like a parody of Trials of Apollo, and unlike Ethan, I enjoyed that series, so I'm all here for it. One thing that confused me, though: The myth with Loki and Baldur and Loki's punis...

oh my gods, thank you so much annabelle! Yes, loki was in limbo for thousands of years. I get a little more in to that in the next part. :) haha....i wouldn't tell you about Cailen, if you happened to be right...;) Thank you so much and i'm so glad you enjoy!

Ok, got it! I hope I'm right! It seemed fitting. But then again, this is your series, so there's a chance that Camp Jupiter doesn't exist, or it's in a different location. Hmm... You're welcome! Would you mind checking out my Reedsycast? I would like some feedback.

CJ doesn't exist, she was trained by her Oma...but i promise i will get in to it a little more. Of course i will! :D

Oma... hm... A fellow demigod, perhaps? A friendly monster like Chiron? Maybe Oma is short for a minor god? Thank you :)

You'll see, I suppose...but its none of those. if i told you what it means it'll tell you a lot about Cailen ;) i'll just say for now Oma is a mentor...

OKAY PHEW I got that out. First, can we talk about my title brilliance? "All Time LOKI?" Like all time low? like what he's at? And the Insufferable Beginning? no need to thank me. (jk) These are reworkings. Instead of being chained to a rock with snake venom as the punishment for killing Baldur, he got cast down to Midgard. San Francisco. To be a mortal. Ick. I know, ew. Part 2 coming soon. (PS are you guys excited to hear more about Cailen? I know I am ;). Who's her godly parent? whats her deal? Who is she? What's her story? Predictions,... 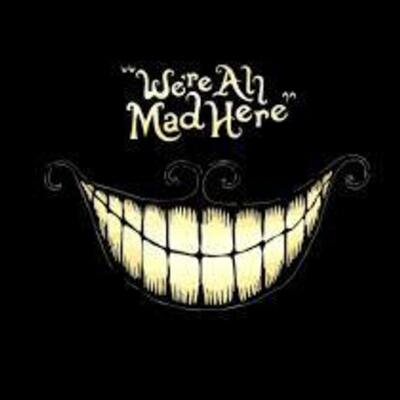 I just read the whole series!All of them our great and honestly I'd prefer this to any real facts.Thank you for this and hope that you continue to write.🏳️‍🌈😎

Trials of Apollo but make it everyone's favorite Norse god and a girl that I'll probably end up loving. This is gonna be fun-

:DDD Its gonna be great! thanks for stopping by!

Hey, Carolina! Besides B. W.'s stories, I haven't read any mythology stories on this website (not that I remember, anyway). And you knocked it out of the park! I'm super excited to learn more about Cailen. I was thinking at first that her godly parent was Poseidon, but then remember that this is Norse mythology. (Which I know nothing about- oops.) Anyway, I liked the way you wrote Loki's personality, and your description was awesome! Keep writing and stay safe! Your bestie (maybe?), Brooke

Thank you so much, B! You too! your bestie (totally! :D) Carolina

You're welcome so much! your bestie (yay! :D) Brooke

hehe. I'm a simple man; I see loki, I click. And yes, that title deserves so much love. Your tone was amazing (and in character), your descriptions are beautiful, the worldbuilding techniques are all there, you characters rock and the plot is great, HOWEVER I have one piece of critique and you might not like it :( I feel that things like this have been done before. And yeah, I know it's hard with the prompts and everything, and even the realm of mythology is really hard to write, what with Rick Riordan dominating it, and I do like how you t...

Thank you, Ethan! Yeah, Uncle Rick dominates it, but I wanted to do something similar: instead of the goody god of the sun, how about the Unmericful god of mischeif? How would Loki react differently? (also, I really wanted a chance to use Cailen. I've been keeping her character in my back pocket for a long time lol) Thank you for the critique. i totally understand what you're saying, it's like i'm going on Shark Tank with a beverage company. (in other words, I'm stepping on to a veryyyyyy crowded field.)

Yeah, I get what you're saying. Apollo trials bored me bc apollo wasn't interesting as a human. You're really making it interesting, lol. I mean, just because it's a crowded field doesn't mean it can't do good; it just provides a challenge :)

Thank you! yeah, its hard to keep things a mystery about characters....harder than i thought lol

Wow, terrific! I mean, you made me smile with the introduction, I mean, Loki!, then the story was snicker, chuckle, gigle, laugh. (leave it to my brother to shout out that I went crazy). I mean THIS WAS SOOOO COOOOL Happy Today!