Fleur-de-lis and a Rose

I quietly stepped into the Paladin’s private chapel carrying the flowers he’d requested. Inside the florist’s box were eight white lilies and a single pale rose. He’d stowed his shining plate mail armor and helm on the stout display stand in the corner, and he’d placed his great truncheon of a holy mace upon a small communion table dressed with a white linen altar cloth. A skylight above the table was surrounded by blue, white, and red LEDs whose light merged with the sun’s evening rays, scintillating across his steel mace, and blending into the white linen altar cloth to make it appear as a French flag. Sir Aldric Delacroix knelt in front of the altar in his padded under armor, meditating upon his white heater shield that was emblazoned with a wide blue crucifix. Even down on his knees as his lengthy blond hair concealed his robust yet regal visage, or maybe especially in this penitent state, he was a truly imposing figure.

I unobtrusively tiptoed on the red runner that was tacked to the wood flooring between three sets of oak pews to make my way to the front and take a seat. The runner continued under and beyond the altar and a second carpet ran horizontally beneath the table from one side of the chapel to the other forming a burgundy crucifix upon the floor. This was the Paladin’s sanctuary, and as his squire I was unwilling to disturb him.

I crossed my young legs and adjusted my black skirt that had a hemline decorated with subtle and smoky fleur-de-lis. While I waited for several minutes, I twisted my long dark hair into a pony tail and reflected upon our recent escapades. I’d nearly died many times, by many means: bullets, blades, bombs, and bio-toxin. Before the enemy was defeated, we’d all nearly met our ends in a plane crash. ‘The enemy,’ I mused as I further contemplated the old phrase, ‘keep your friends close and your enemies closer.’ It was still shocking to me just how much these two circles overlapped.

Eventually the knight stood up, gave the sign of the cross, and mounted his shield in its proper place on the armor rack. He came over to my pew and sat down next to me. Still he didn’t speak, so it was I who finally interrupted the silence of the chapel, “Aldric, what were you doing?”

He smiled without answering my question, “Good, you brought the flowers. Thank you; these symbols will complete the ritual.” He opened the cardboard box, revealing the nine moist blossoms. The eight white lilies contained tiny specs and brush strokes of gray that made them appear to have been meticulously hand painted by Georgia O’Keeffe. The single white rose was unblemished, but its potent perfume almost overpowered the sweet honeyed fragrance of all the lilies.

As he examined the flowers, I patiently waited. I knew he would answer my question in due course, and a couple of minutes later he did. “Okay, so, you asked what I was doing. Of course, being only recently hired as my squire, you’ve never before seen me perform the Rite of Mercy. As I retire each piece of my equipment, I give the Lord His due. When I take off my helm, I thank Him for his salvation. When I unstrap my breastplate, I recognize His righteousness, and when you came in, I was meditating upon the second to last piece of my equipment, the Shield of Faith.”

The Paladin looked back upon his white crusader’s shield that was wide at the top and came down to a point at the bottom. It seemed to me like he was gazing back through time when he resumed, “I didn’t always have His cross on my shield. Before taking the oath as a Paladin of the Twelve Peers, my blue shield bore the three golden fleur-de-lis of France. I used to fight only for King Charlemagne, but as a Paladin, I now fought, and still fight, for the King of Kings.”

Aldric stood up, carried the box of flowers to the altar, and began placing the lilies upon his hallowed weapon. “The last piece of my equipment is my mace. I praise Him for His Spirit and strength, as well as beg His mercy upon me and for each soul that was returned to Him by my hand.”

He whispered a short prayer with each additional lily he added to the growing pile, and it was clear to me that each flower represented one of the jihadists that were killed in the superhero’s latest adventure. When he’d finished arranging each of the eight lilies on top of the altar, the steel of his melee weapon was buried in a veil of green leaves and white silk petals. He gave a final sign of the cross, returned to the pew where I sat, and extended his hand.

I place my slender fingers into the Paladin’s stalwart palm and stood up. I looked at the flower box in his other hand and asked, “You saved the white rose? Why?”

Sir Aldric situated the florist’s box on the pew and removed the single exquisite bloom. With a look of great compassion and lament, he presented the flower to me, “Rose, my squire, this one is for you.”

I held the delicate flower over my heart and approached the altar of God. With tears of regret in my eyes, I placed the pale rose on the table and asked Yahweh for clemency…forgiveness for both me and my former friend.

Sir Aldric placed his hand on my shoulder, “The Rite of Mercy is complete. Now we shall prepare and wait for the next call to action for the Paladin and his squire.”

AUTHOR’S NOTE: Read what happened before this short epilogue in The Paladin: Dawn of a Champion, and discover what happens afterwards in The Paladin: Against the Green Dragon, by David Alan Brown. Published (or soon to be) on LuLu, and available on Amazon Kindle, Barnes & Noble Nook, Apple iTunes, and bookstores everywhere. 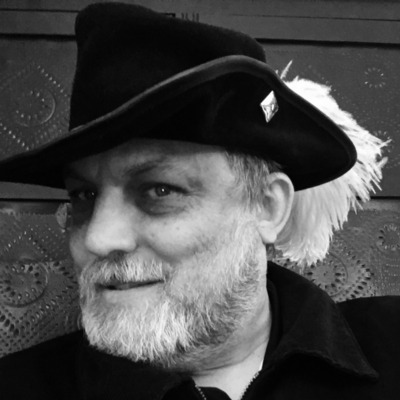