Submitted for Contest #84 in response to: Write about someone who grew up in a bunker, and lockdown life is all they’ve ever known.... view prompt

Well, golly-gee and wow; I really did not think things would go that way!

My name is Horatio. Horatio K. Sweeting (don’t ask what the K means; I won’t tell). I am a shelter boy, a bunker baby; an underground groundling (read that word somewhere, so I will use it, by gum).

My father built this place way back when TV was still in black and white and no one had the corking idea to make a videotape so that we could save everything. But he knew; he knew. We had the latest stuff in there and when we knew that the human race was not going to make it past that age, we all settled in. When I say ‘we’, I mean my mother and that brat on a string I called my sister. They were sucking raw eggs with their faces when father told them that this would be the best way to survive what was going to happen with all of the dumb-dumbs out there who did not have a space spot for their loved ones. Mother was really unhappy about it, more than the brat, because she was still pregnant (big word!) with me. Even father realized that there were some things that he could not do, so he waited for me to “pop out like a rocket” (his line always killed me), and then we gave all that up and went in.

I did not give up a thing, by golly! I was born into the life and I loved it, even when mother thought that I needed more space for “a boy to be a boy”. She saw how quickly I grew and worried that I was missing out a lot by being “a boy without a life” (that was her word). But what was I missing? The place was really big! Did I say that daddy – father – was “a civil engineer specializing in sedimentary formations” (he made sure that I memorized that phrase and I still got it up in the old noggin)? He built the place in a spot not too far from our place so that he could dig and plan it all out perfectly. The lighting ran on generators that were connected to the city grid and through some of the homes in the neighbourhood, so no one was ever in the dark. I learned to ride a bike on a track he created for me and my bratty sis. Mother made our clothes with plenty of fabric and thread (never thought about catching a cold in there, so no sweaters or heavy coats needed). And dad let me read every single book he could find to put in there. I studied boxing, pirates, dinosaurs, astronauts, poetry (yawn), literature (super yawn), mathematics (!) and some physics (father would always demonstrate things that the book described, so that was actually easy for me). And I loved it. What was I missing?

Oh, I forgot something. The double-click. That is why I’m here. When father shut us up for our protection, he told us that we needed to check the doors at least twice a week. Mother did it first, then the brat (she only did it once some weeks, but I never told), and then me when I got old enough. He always said, “Listen”.

“What do we listen for?”

And I did hear it. A clear click followed by the same click again. Father said that if we did not hear it, that meant that the place was not safe and that anyone who survived could get in. At first, I was pretty confused. We kept the main door locked and the other doors were just there as a fallback option (again, new phrase he made me learn), so I never worried about this. But I listened for it. And I always heard it.

I heard it that day, too, I reckon by gum. Father was at the door with mother and he was looking carefully across the space to the main door. He just stood there for a bit while I kept reading through a manual on how to set concrete.

You know, I thought that he was trying to make a funny. Father always had some terrible “dad joke” to share (eg. What did the shrimp say to the fried rice? Don’t wok away from me. That kind of laugher). But mother kept looking at him and she never said a thing. That was not a good sign.

“No, I think that it is time to see what has happened out there. The readings are good and there hasn’t been anyone knocking around here, as far as I can tell. I have to see what’s what.”

Now I knew that he was serious. Father always said “what’s what” when he was about to fix something, change something, or do something new with me and my sister…the brat.

“Father, are you crazy?”

“Horatio! Don’t talk to your father with that language!”

“I apologize. But father, we do not need to go out. We have everything here.”

“We have some things; everything is a harder thing to obtain.”

“I have looked at the readings for radiation and poison gas. The atmospherics are exceptionally good. There is no reason to think that I will come to harm. I am ready for this.”

And he was. He was so ready. Berta – did I mention my sister’s name yet? – sobbed and shook like a baby while mother sat with her and tried to get her to stop. I just stood there and waited to see if this was a dream I could pinch myself out of.

And then he was out the door.

At least I heard that.

And we all waited.

Mother and Berta were not able to stop their tears. I, however, did not cry. Not once. No, sir. Not once. All I did was wait in the front room with the radio, TV, books and some of the magazines that I already read and knew pretty well (National Geographic and one that I had hidden with some pneumatically-impossible women in it).

And then I heard it again.

Not sure about the exact time. I slept a few times and had my naps while everyone else was worrying and blubbering about father. When the rest of the place was quiet – even the radio was off; a real rare thing to do – he came back in.

I think he was proud of me for not being at the front door.

Another dad joke, but I laughed for real this time.

And I had a question for him.

“Why are you wearing a doctor’s mask?”

He was wearing something just like the doctors we saw in magazines and movies. I really wanted to know what it was all about. And I really did not get a great answer from him:

“Covid-19.” And then he took some magazines from his bag and dropped them on the Ottoman.

It was a long time before I could really understand what it was. I had read books about The Black Plague, smallpox, polio (just missed that one) and The Spanish Influenza (father had so many books about that one). He told me that the government had stepped in to try and control things, but the numbers were growing every day, and people were wearing the same thing he had on all over the place (even on the street!).

Was I scared? I was…a little, but we were safe inside the place and no one really knew where we lived or how long we had been there. After I figured out that computer dad bought – so small! – I learned all I could about it.

And then I decided to head out.

I hope you understand why I am telling you and why this is not as crazy as it sounds. I won’t tattletale and tell you where the rest of the Sweetings live, but you should know that we are safe and okay.

Kinda surprised that we have that kind of dough in the bank and I never heard about it (father and mother never talked about it; did not seem to be any point to it). Let’s keep that quiet, too.

I just wanted to head out and see things for myself. Got the mask and all, and by golly, I am not going to let my family take the heat for my choice.

Just wonder if they listened as carefully as I did… 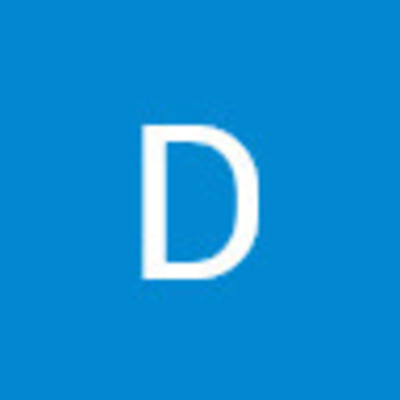 Hey, i got an email directing me to this story and I am glad that it did. I was glued into your story by the bunker scenario. I really liked the dialogue between the family as it had a sort of old timey feel to it. I hope Horatio finds what he set out for.

Thanks! When I wrote it, I immediately thought of a sequel... Someday...