Submitted for Contest #83 in response to: Write a fantasy story about water gods or spirits.... view prompt

If you don't believe in god and come face to face with it, what do you say to it? How can you thank it for saving you?

A water god, that’s what the semi-transparent blob of water in front of me told me it is. If it weren't for it, I would be filled with seawater now and sinking in the bottom of the sea. I will be the headline of the news the next day or even days later. My ugly bloated corpse wearing a bikini will be displayed in print and screens for everyone to glance with disgust on their faces nationwide or worldwide – thanks to the internet. Although it won't happen anymore, thanks to this water god, who wrapped itself around me when I surrender myself to death. I shivered at the thought of how my appearance will be if someone found me after drowning. I dreamed of being in the news but not the way I'm imagining now. Suddenly, I have a strong urge to curse all the people responsible for inventing the internet.

"What a strange human," said the voice which I now feel soothing. It was crisp and clear. When I first heard it asking me if I want to be saved, I frantically look around if only to frown at him, because it did sound like a man. The moment I saw it was a blob of glowing water in the middle of the ocean, I flail my arms again to swim away, stupid me, the movements only made me sink farther into the depths and additional saltwater to my lungs. To begin with, I wouldn't be drowning if I could swim. The blob wrapped itself around me and zoomed into where we are now in a matter of seconds.

"Where is this?" I asked taking in the view around us. We're not in the Philippines anymore, I think. I don't think this place exists on any of the country's islands. It was a giant cavern with small waterfalls falling from the opening at the top.

It’s more like a giant beautiful sinkhole really. How do I get out of here?

Down below where we are, are filled with mountain-like boulders. I looked down at the soft carpet of moss under me. It was the flattest part of a boulder. Streams of water ran between the rocks and cascade down on the lake below, the sounds and echoes brought so much serenity. There was no sunlight, but the sky above was bright and the temperature is warm. I can't see other colors other than greens from the plant, blue water from the sky's reflection, and browns of the naked rocks, shine and polished by water. It was rather plain. If I must explain it in one word, however, I'd say, magical.

"Where did you bring me?" I asked again and stare harder at the blob of water then gasped when I realized its changing form.

A midnight black hair, wild and wavy appeared on the top, followed by a forehead, thick eyebrows and eyes as clear and blue as the ocean, the rest of its face, his face, revealed soon and I’m looking straight at a dark-tanned man crouching in front of me. If he was lying about being a god, his well-sculpted body convinced me that he is. His handsome appearance seemed unearthly.

The shell chains around his neck clinked as he stood up. He’s stark naked.

I yelped and covered my eyes then split my fingers to peak at the glorious view. His eyes which locked themselves on me made me felt bare and exposed. I looked away and consciously put my hands on top of my light-pink bandeau bikini and raised my legs, using it as a wall when the man with ocean scent, lowered himself again and crawled up to me like a beast. A seductive beast with a body of a god. Maybe he really is a god. Oh god, I’m not the type to let a man touch me at first sight, but I’m a mere mortal, single, and now in my mid-twenties and hadn’t had a boyfriend since high school.

Oh wait, why am I here again?

“You were drowning and I saved you.”

I pushed the water blob turned human god away from me. “Can you stop reading my mind!” Wait. “Did you just read my thoughts?”

“Yes.” He sat crossed-legged in front of me, and it took a great effort to keep my eyes from wandering around his body.

I think back to everything that went through my mind after he landed on this boulder and weakly asked, “How much did you read?”

“Everything,” he said with a smirked.

His face contorted into confusion. “Why should I do that after saving you?”

I frowned. “Stop reading my mind!”

“But you’re broadcasting it.”

Ugh. I can’t believe this guy is a god.

I stood up and stomp my foot in frustration, then grunt as the pain from my wounded toe shot up my leg. Bubble water from the lake rise and splashed on my legs down to my toe. The effect was instantaneous. The pain vanished and the wound healed. I looked down careful not to slip. A magic spring?

“I can make any water follow my will,” he answered.

Again, reading my thoughts without permission.

I don’t even care to correct him anymore. I keep my eyes on his face. “Can you please cover yourself?”

You’re more like a kid than a god. “Yes, you’re a god!” I said before the words formed in his mouth. Those lips. Tsk! “Please just do it. I begged you.”

He raised his eyebrows and waved his hand. More water bubbles from the lake came up. It gathered above him and whirled around him. “Humans and your morals. What’s so bad about seeing someone’s body?”

“And you call yourself a god?”

I looked down and saw the water snake around his waist like a toga, and it stings my eyes. He looked even sexier and more seductive. As soon as the thought appeared, my heart skipped. I looked up and saw him studying the water covering him. Relief washed over me. He didn’t hear.

“So this looks sexy?”

I staggered back and slip. He prevented my fall by cradling me in warm water and set me back in front of him. “Thank you,” I muttered, “For everything. For saving me and showing me this place.”

His hand reaching for my head stopped. “You mean it.” It was a statement, not a question.

He lowered his hand without touching me. “You’re not the first one I brought here.”

“She always gazed into the sea, reciting poems of love about the ocean so I assumed she loved me. I swept her away and brought her here.” He looked at me and though I can’t read his mind, his eyes—his whole face shows it all. And what followed broke my heart. “I shared part of my powers with her, but she used all that powers to save the human she loves in exchange.”

“She died centuries ago. She and that human boarded a boat and pirates robbed it. They were killed. But I save their son.”

“Okay, I thought you killed them.”

“Do you regret saving their son?”

He shook his head. “No, because if I did, I wouldn't see you now.” His eyes meet mine and the gentleness reflecting inside them made my heart go crazy.

Cold shivers course through my spine as childhood memories return to me. My grandmother used to tell me a bedtime story about my orphan great-grandfather being raise by an ocean god, but I thought that was all fiction. I grow up loving the ocean because of that story, but I never imagined it to be true. Despite being unable to swim I always get miraculously get wash up to the shore, and every time, I’d always feel a kind presence but I never bothered thinking about it. After moving to the city, I forgot all about it.

He smiled. “I’ve always watched over you. And I always will,” he reach out and ruffled my hair, “Now, time to forget me.”

I slapped his hand away. “Forget?”

“Yes, it’s the only way for you to live your life like a normal human. Don’t worry, I’ll bring you back on the yacht without your friends noticing.”

“Because I don’t want to! God, I just have the most romantic encounter and you want me to forget it?”

“Yes, romantic. My great ancestors must be blind for not choosing you.”

Shalios eyes search mine. He can dig through my mind if he wants and the answer he will get is the same, I want to continue to know him.

“Yes. I’m not saying I love you now, but at this moment I can’t think of anyone better to love other than you.” And you’re sexy.

My face heat-up. “Please, stopped it.”

“Too late.” Shalios pressed our lips. Stars sparkle and it feels as if the universe just smiled at me. “Now, you’re my goddess,” he said while I was still dazed from that magical kiss.

“I can take it back if you wish, but then you’ll drown or get eaten by her,” he pointed at the swimming shark. I recoiled but the shark flipped on its back and clapped its fin, like a dolphin. It then flipped back, swim around me, and swim away.

I pointed after the shark. “What did it do?”

“She paid her respect and asked for blessings.”

“She’s about to give birth.”

He smiled. I did too because I just confirmed that he can no longer read my mind. “So, should I remove the power and send you back to your friends without your memories?”

“And miss all the fun of being a water goddess? No way. But yes, go back with me to my friends. You’re good looking as a blob of water—”

“Thanks. But I still prepare your handsome human form.”

“Okay, but how should we explain my arrival? Should I manipulate their minds?”

“No! We’ll tell them you’re one of the unlisted guests and I jump to saved you from drowning.”

“Why me?” He protested but already taking his human form.

“Because I’m too embarrassed to tell them I can’t swim.”

I too took my human form. “And I’m your goddess.”

He grumbled but the satisfied look on his face gave him away. What a brat.

“I heard that,” he said dropping a kiss on my lips.

Okay, I need more training in this newfound profession. 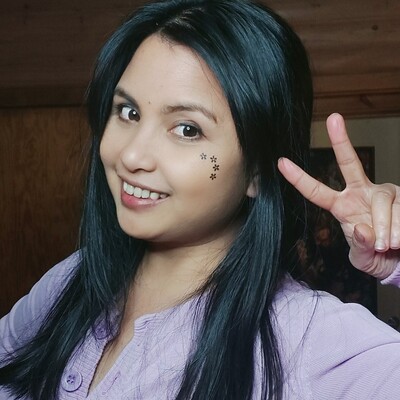 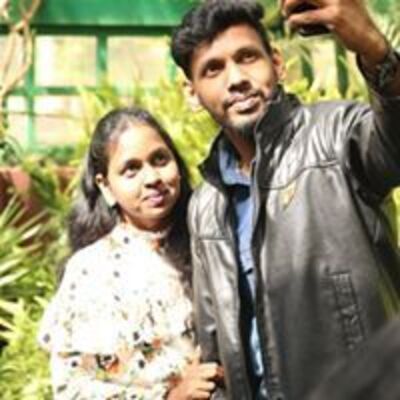 I was late to office, but then, my phone addiction let me take the phone and my eyes that usually ponders on the content it saw, had caught one status. Then it led me to open it, Her story was there. Jessica made another beautiful romantic work. My wife retorted 'You still not getting ready? you are going to be late.' I knew I was late, but what I could do, I was so lost with the scene. You narrated it so perfect, it actually ran into my mind like a movie, and my personal review for this movie 5/5 . Well done Jessica, Enjoyed reading it. :)

Thank you so much Simon. 💞 I feel like the ending is bit flat, but thanks for the colorful review. It made my morning way better. I do understand your sweet wife haha 😄 thanks again for the time and leaving such precious comment.