The waves I had bolstered as best I could; whilst the havoc of the tide continued to reap, impaling me, over and over. I stayed writhing, enclosed by the brine. knocking against that intemperate current, fully determined in finding the vessel. Hark! She floats, bobbing gracefully, mast windborne, as if winged. I frantically swam towards that band of logs. At last, I emerged from the sea.

As I became situated I noticed the deck had been scrubbed a flaxen blond. The chilled breeze seemed to saunter, sending the ravagings of winter rearwards down my stern like a squall. I stayed for a while, looking out into the benign sky; watched the clouds drift across the bygone, and listened as the soft wind blew into my ears.

It happened during the supreme madness of the carnival season, where I had run into an old friend of mine. I could tell he was maudlin, for I had known him to be a drunkard, quaffing pint after pint of good Berkshire ale. As expected he adorned a suit and tie, the man wore finery for each and every affair, even his flat-crowned hat spoke of formality.

I said to him --” O my! Never have I seen a man so disheartened,

“I hath dealt within the realm of the currency of words.”

“Words are my currency; sure you can throw coinage into the affair.”

“No fear, saith my heart; you're a soldier, best keep your wits about you.”

“Yes, up to the highest mark, the work is quality.”

“Ah, how noble, each man delights in the slog that suits him best,”

“Come, let us go, and leave this place.”

"My friend, no; I will not impose upon your good nature. I perceive you have an engagement. Wagers call, do they not?”

"Certainly not! I have no engagement; --come."

"My friend, no. It is not the engagement, but the severe cold with which I perceive you are afflicted. The steeps are insufferably damp, cautious as you are, I incline you to be aware."

"I am very much aware, on the contrary, frost is food for the wits, My friend! You have been imposed upon. We will take the sky's tram, come now, let us ascend to the heavens!" He said.

Thus speaking, he possessed himself of my hand; and putting on a second more dense coat of velvet he went, and I followed.

There were no others at the scarp; they had most likely fled due to the unseemly weather, I thought him to be a madman, of course!

I glanced at him, swift, he remained warm in his layered vessel, whilst I stood there chilled.

"My god, leisure can be finally restored well without those flattery crowds,"

"I hope you know yourself to be a lucky man,"

"And yourself, I hope you to be alright?"

"It is, although, I am certainly offended, what a bore that woman was."

"Then why on earth did you pay her any mind?"

"Virtue I have none, ambition, however."

“Of course, it is never to leave the azure.”

“Now come, it hasn't known anything else,”

“It looks to be keepless.”

“How exciting, a wild one!”

“Must you always act so cynical?” He said.

“I’m no cynic, only a realist”

"I'm not sure, a cynic would answer samely.”

“They absolutely would.” He chuckled.

“Where wilt thou go? What thought, what scene invites thee now,”

“It is but heaven so clear, by ripples so calm. So sweet, so soft, so hushed in air.” He said.

“That was the scene, I knew it well; I knew the steep fall one must take,”

“Could you have lingered for but an hour?” I said

“Of course, only for you, but I’m afraid I must go now, I must go into the blue.”

He lept forth off the rock, and I lept in toe, searching for him with stinging eyes, to no avail. He was all I'd known, like the sea he calmed me with his soft breaths echoing that of the shore, his warm hands echoing that of the blistering sun. Though, he took the plunge we all inevitably take, throwing away this life for another, trading this vessel for none at all, leaving me to roam this plain by my lonesome. I have been roaming without him for quite some time, but in my heart I always knew he was out there, waiting for me since boyhood, now he still waits for me, although romping like a god, romping like I never could, flitting through the sky, forging a new path, forging it without me, for this is a journey he must take alone, a thick he must brave alone, he must come to imagine the unimaginable, think the unthinkable, reach the unreachable, for to truly become one with the sea, one must learn to truly be, one with the millions, billions, of souls out of reach, souls to teach, to cleanse, to mold, to bend, for one mustn't lie nor pretend, for to lie is to forge your chances broken, to speak those words unspoken. He will live on in the sea from now on, he will learn to breathe in the deep all alone.

Then, even as I stood there, on that lemon deck, with raptured eyes. Absorbed in solitude, so deep and drear. My hour with him had fleeted by, and back came wounds, slits, and gore, in the form of stars in the sky.

If anyone has any critiques or comments please don't hesitate to share! 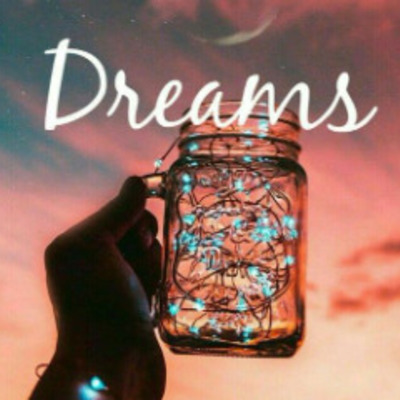 Nice work:) Keep writing and always know even at the darkest movements, you are not alone sweetie. It's okay to feel alone, but don't go through things alone. Holding things back will hurt you more. I know. Keep writing and let everything out. Let writing hold the things you have inside. I care about you and everyone should care about eachother. *** I don't know if you believe in God, but he's looking upon you and can help you<3

I actually do! and thank you so much, I will remember your words. 😊

<3 😊 Thanks for wanting to be the light for others, people like u are special aswell

Hello Chloe, I really liked this piece of writing. It reminded me of Edgar Allen Poe's work, and it also reminded me of some of Nathaniel Hawthorne's work. I also enjoyed reading the information section on your page. I have known dark times, and I admire that you are honest about thoughts, emotions, and sensations. (I also see the same kind of honesty in An hour's time.) For myself, I compare depression/anxiety to going through fire. (It burns, but it is also refining. Plus, I have learned how to pour water on the flames, so to speak, and...

That's very poetic, I'm so happy my message resonates with you, always remember someone cares for you out there, including me! :)

Thanks! :) Like yourself, I am also grateful for creative writing. :)

Wow, your style's definitely interesting. A little bit familiar... can't remember who it reminds me of but it's lovely of course.

Hey there! I was just going through all those stories written by wonderful reedsy writers, and I suddenly, noticed your story. ❤️I loved it so much! Thanks for the follow, :) It means a lot to me. I'm new here at reedsy. I would be really grateful to you if you could read the story I wrote 'Hope' and give me a feedback on it. I'm sorry if I'm being selfish. I kinda felt sad when no one noticed my story. My story is not that good, but, if you are not busy, please check it out.🙂 - Ash

Hey I'll totally Check out your story. I'm going to check it out right now :) 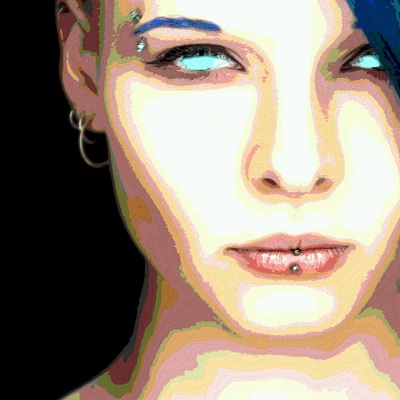 Such a haunting story but I loved it. I could feel the longing and pain. Very well written. ❤ Just to let you know, I have a YouTube channel where I narrate stories from other authors. Here's the link. https://youtube.com/c/AfterDarkFairyTales

I'll definitely check it out!

You definitely have a lovely 19th century American writer vibe. I think you may need some more dialogue tags,..? Just to keep the emotional states in check. Favorite fragment: Absorbed in solitude, so deep and drear. P.S. Loved your bio :)

I have been feeling sad lately, but your story is making me feel better

You actually have no idea how happy this made me, please, I'm always here to talk to if your feeling down, this is exactly why I write and I will be thinking of this comment for a long time 😊 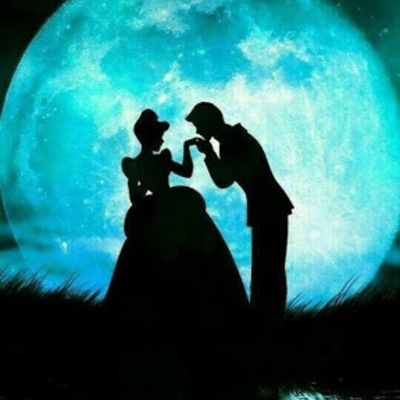 This was a great story! Can't wait to read any other stories you write!

Thank you! I'm so happy you liked it.

I loved this story, it was so good, keep writing!! I also read your bio and I really love how you make writing about others.. I hope everything is ok in your own life!

Yes, all is good, thank you so much for asking!

Hi Chloe, I just wanted to say that I really enjoyed reading this story. I thought you did a great job writing it, and I'm very impressed by your writing talent. Keep up the great work, I look forward to reading more :)

wow, thank you so much, that means a lot! 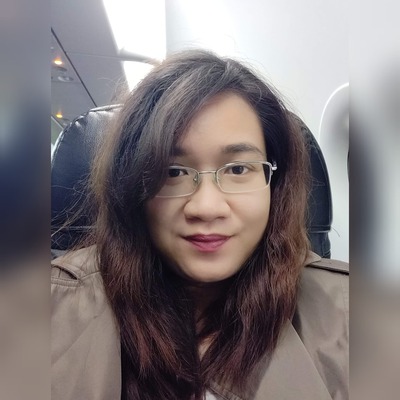 Nice story! It had the feel of one of those old fashion novels, like a Charles Dickens book or a Jane Austin book. My only suggestion is to put in more infomation of who's taking like "his voice cracked at those words" or "She said with a smile" just cause a i got a little confused reading it at parts. Other than that it pretty good. If you have time do you mind reading some of my stories and giving feedback? i would really apprenciate it

Hey did you take down one of your stories?

Yes, because I didn't feel like it was quite ready yet and I just wanted to rework some things. :) 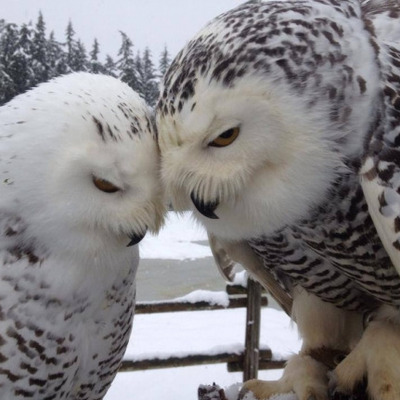 This story was chilling ;) Great job! Always remember that God is there for you if you just look for Him. You have inspired me with your being a light for others despite your situation. Thank you, Chloe!

You're amazing! I will not be forgetting this comment in a long time, just know you've already started being that light, just now. 😁 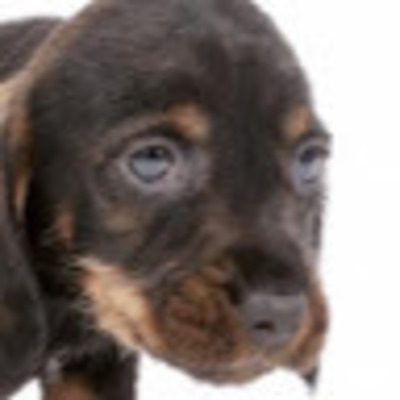